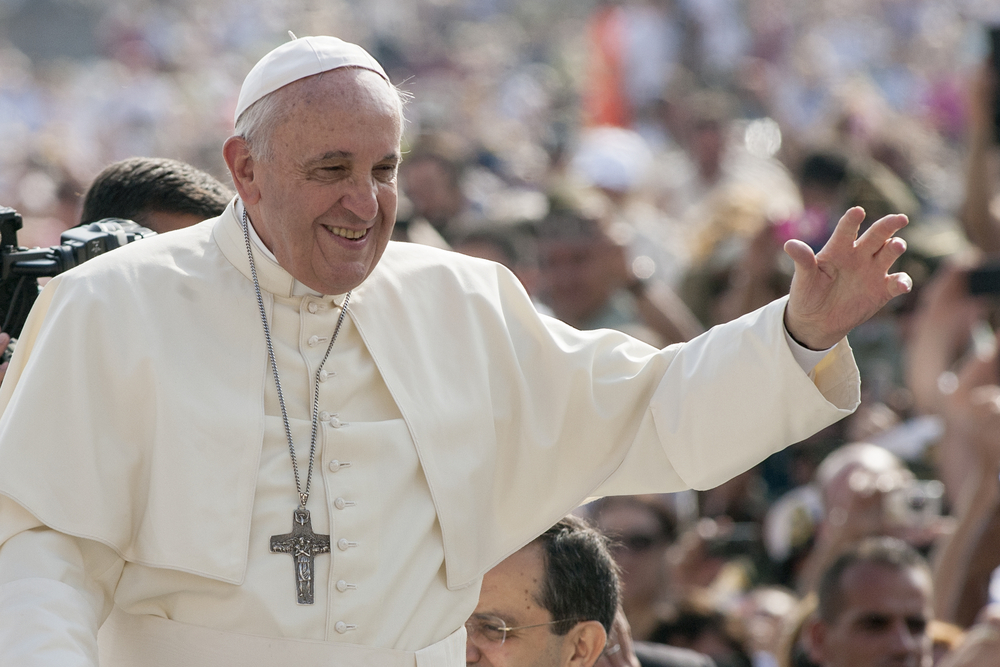 When Pope Francis visits Philadelphia later this month, it won’t just be a big event for the region’s Catholics. It’s going to be huge for Philadelphia and maybe even a landmark event for faith-based tourism. On Tuesday, tickets for the Pope’s Independence Hall event were claimed in two minutes.

“There is definitely excitement and buzz about the papal visit,” says Jack Ferguson, the president and CEO of the Philadelphia Convention & Visitors Bureau.

Pope Francis’ visit to the World Meeting of Families, a week-long international event of prayer, catechesis and celebration being held at the Pennsylvania Convention Center, is “unprecedented for our city,” Ferguson adds. Not only is it designated a National Special Security Event, a Department of Homeland Security classification that puts it on par with a summit meeting, but it’s also expected to draw well over one million people — crowds not seen since the city’s last Fourth of July celebration.

The City of Brotherly Love is bracing for a deluge of the devout. Hotels and vacation rentals are running at record occupancy for the convention. HomeAway reports Philadelphia is nearly sold out during the visit, with less than 8% of its rentals available. In nearby Bucks County, hotels are running at 95% occupancy levels during the convention, compared with a usual 62 percent at this time of year.

And how swamped Philly? While everyone seems to agree it’ll be busier than usual, the “how busy” is a matter of some debate, with one Washington Post report suggesting the city had virtually no hotel rooms left and another broadcast report disputing it.

The impact: Nearly half a billion dollars in hotels stays, restaurant meals and activities, according to one published estimate. That would eclipse the last major tourism event in Philadelphia, the 2000 Republican National Convention, which generated $345 million.

The excitement is already starting to build in Philly. Chrissy Pappas, the innkeeper at Thomas Bond House, a bed and breakfast near Independence Hall, says she expects the city’s population to double. In her neighborhood, there will be no vehicular traffic, so guests will have to walk everywhere.

“Residents and visitors will be eating locally in the neighborhoods that they are staying in,” she says.

All Aboard Travel, a Fort Myers, Fla., travel agency, which organized a group of travelers from a church, says preparations began as early as 2014 for this event. The World Meeting of Families controlled large room blocks and worked directly with agencies and tour operators to coordinate lodging.

But one thing they can’t control is how much delegates spend, and there, the estimates are off the charts. The average visitor spends $256 in Philadelphia.

“Our clients are expected to spend at least three times that amount,” says April Williams, a spokeswoman for All Aboard Travel.

A landmark for faith-based tourism?

The papal visit — Pope Francis’ first to the United States — has all the signs of being an historic event, not only for Philadelphia tourism, but for faith-based travel as well.

Jake Buganski, the executive director of Visit South Jersey, says the enormity of the pope’s visit and its impact has destinations like this “evaluating the merits” of religious tourism.

“We have so many opportunities to attract visitors here because of the area’s rich history, and religion has obviously played an integral role in shaping that history,” he says.

The Philadelphia Convention & Visitors Bureau’s Ferguson says the conference has highlighted the potential of religious tourism to his city, too. For Philadelphia itself, a city William Penn dubbed his “Holy Experiment,” there are hopes that it will awaken interest in its faith-based attractions.

“We hope that the papal visit will further motivate visitors to explore our city’s sacred sites, which are truly an integral part of the Philadelphia experience,” he says.

A lot of tourism industry observers will probably be watching the conference to assess how they can bring the financial blessings of religious gatherings to their cities — whether they’re in Philadelphia, Rome or Mecca. Religious tourists, it turns out, are some of the best tourists.