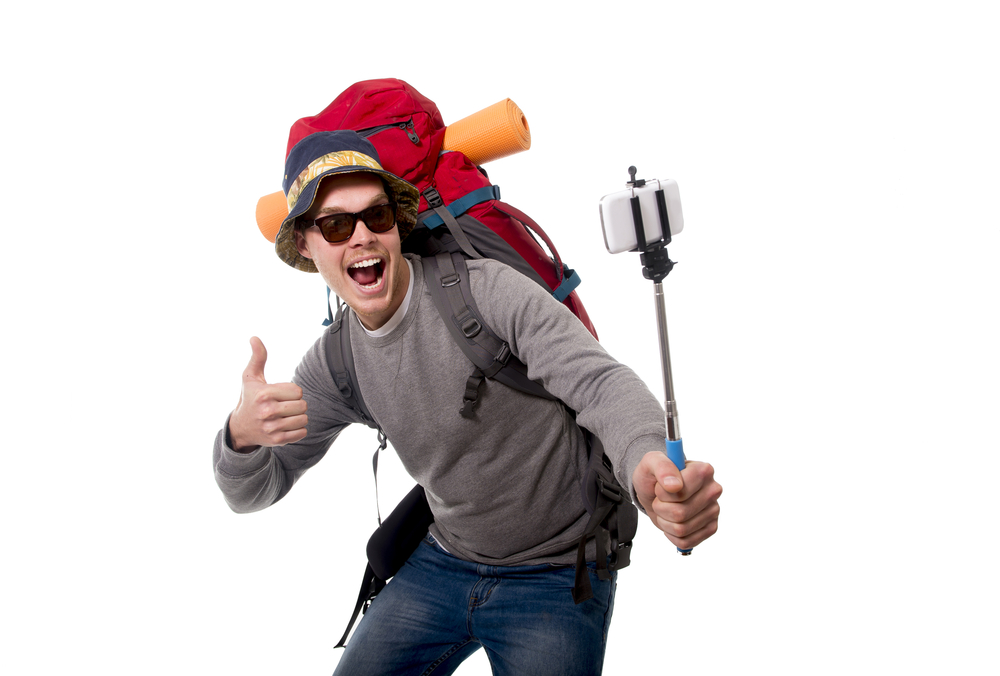 Look, there’s someone trying to take a selfie with an elk! Mind those unsupervised children running into a busy highway. And look out! There’s one getting too close to a steep cliff, clutching — is that a selfie stick?

You’ve probably seen the report that a total of 12 tourists have died as a result of taking selfies. No kidding.

Coincidentally, a new survey finds that the selfie stick is the biggest travel pet peeve of 2015. Two out of every five travelers pointed at these devices as their top annoyance, according to a survey from the website MissTravel.com.

“Although you may have good intentions, carrying a selfie stick around could be seen as a sign of narcissism and self-absorption by your travel companion,” says Brandon Wade, MissTravel’s founder.

The price of stupid

The Yellowstone anecdote is no fluke, according to Kristina Portillo, who runs the site BusinessTravelLife.com. “I noticed multiple tourists trying to take selfies with buffaloes,” she says. “Yellowstone requires tourists to stay 25 yards away from the buffalo. I witnessed tourists getting within three yards, then turning their back to the buffalo to get a selfie. At one point, someone got so close they were nearly able to touch the buffalo.”

There are consequences to this behavior, needless to say.

“They range from the grown man reduced to tears after being bitten by a cute meerkat to being mauled by a lion on a walking safari,” says Hajar Ali, founder of Urbane Nomads, a travel agency. Not abstract examples, by the way. One happened in Madagascar, despite repeated warnings from tour guides. The other happened on a recent African safari, says Ali.

At the very least, these “stupid tourist” incidents result in medical bills for them. At worst, they can be fatal. It’s difficult to quantify the damage done to tourism (I’ve asked), but it’s easier to see the costs when you visit a place.

Consider all of the places once accessible to visitors that aren’t anymore because of … well, stupid tourists.

How many temples and historical buildings are now off limits because tourists helped themselves to souvenirs? How many coral reefs can no longer be dived or fished because of irresponsible visitors?

On a recent tour of Mesa Verde National Park, with its incredible native cliff dwellings, a park ranger confided that they’re considering roping off these dwellings permanently, in order to prevent more people from damaging the historic site.

And the problem is, people still cross the line. Literally.

Jody Halsted was visiting the Cliffs of Moher earlier this year.

“There are safety measures in place, but they are only as good as people following them,” she remembers. “We were there after hours with the executive director of the visitors experience and from atop O’Brien’s Tower we saw people jumping the safety barricades to get to the edges. We witnessed a couple near-falls as people sought to get as close to the edge as possible for the perfect shot.”

Shooing them away seemed to be ineffective. An official told them the barricade-jumpers would likely go back out once we left. In addition to the increased insurance costs, it makes you wonder what kind of attraction the historic bridge would be if no one could cross it.

Taking away from the travel experience

Eileen Gunn, who edits the site FamiliesGo!, says travel is a little less exciting because of the actions of a few.

“Disney bans selfie sticks,” she says. “When they search your bag it’s one of the things they look for.” She notes that other attractions ban wearable cameras like the GoPro on certain attractions.

That may not drive the cost of travel higher, but it can have a more profound effect. The loss of these photos and video — many of which would inspire other travelers to visit a place — could result in less awareness of a destination and, over time, fewer visitors.

The net effect may extend beyond a few casualties. Less access, less interest in a destination and fewer visitors. That could become a serious problem for the travel industry.