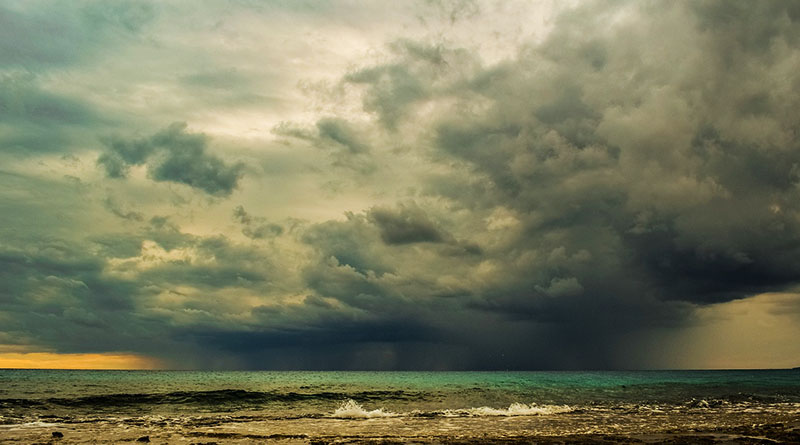 When a tropical storm ruined their vacation, Randie and Michael Wolfe turned to their hotel for a refund. But this problem didn’t end as you would expect.

The Wolfes had reservations at the Elizabeth Pointe Lodge, an upscale inn on Amelia Island, Fla. The couple had reservations for a stay in late May, at about the same time subtropical storm Alberto was bearing in on the region.

They canceled and asked to either rebook or receive a partial refund for their stay. Randie Wolfe said she would be happy to forfeit their deposit. But they say the property never returned their calls, leaving them with $721 in charges. They felt their only option was a charge card dispute.

But the Wolfes’ story isn’t another “to-the-rescue” case that makes my advocacy team look like caped crusaders (although we like it when that happens). Instead, it’s a cautionary tale about the importance of communication, patience, and self-advocacy.

What to do when a storm ruined a vacation

As Randie Wolfe explains in a TripAdvisor review, which has since been deleted but is available as a cached file, she and her husband had a three-night reservation at the lodge. On Saturday, May 26, the trouble started.

“The Governor of Florida, Rick Scott, declared a State of Emergency for the entire state of Florida; all 67 counties,” she recalls. “Subtropical Storm Alberto, a named storm, was bearing down.”

Wolfe called the hotel to see if she could change her reservations, and possibly come a few days later. As South Carolina residents, they’d experienced two direct hurricane strikes in the last two years, “and couldn’t imagine driving into this storm,” she says.

One night’s deposit had already been charged to their American Express card.

A refund isn’t out there because of the cancellation policy

Let’s bring the Elizabeth Pointe Lodge’s cancellation policy into this discussion. Here’s how the property describes its rules:

At the Elizabeth Pointe Lodge, an Amelia island boutique hotel, it is our goal to make sure your stay is memorable and relaxing. The following policies and procedures are in place at our Florida Inn to help us meet that goal.

Should your plans change, please provide us notice of cancellation within the guidelines below, so that we may refund your deposit.

This is a beautiful piece of small-business doublespeak. A policy like this is most certainly not going to make your stay more relaxing — but maybe, more memorable.

Had Wolfe taken a moment to review the cancellation policy before Alberto came calling, she might have known that Elizabeth Pointe Lodge had reserved the right to keep all of their money. That might have changed their approach.

“We decided this would be crazy to go”

“We kept watching the news, and late Saturday night, we decided this would be crazy to go,” she says. “We called American Express, and they said they would do what they could for us.”

Crazy as it may have been to go, calling Amex was even crazier. A card dispute is a nuclear option, and something you should only do when all other options have been exhausted.

The hotel immediately charged the balance of the stay, says Wolfe.

“We asked to speak to the owner, to try and arrange to come another time and were happy to forfeit the deposit. The owner, Brandon Dunlop, never called back, nor did any other person from management,” she says. “We have since called several times to speak to someone in management to see if there was some way to mitigate our loss.”

The Wolfes don’t want to come back, feeling the storm ruined their vacation.

“At this point, I would have to say, no matter how pretty this place may be, I don’t think I would ever step foot on their property,” she says, “and would encourage others not to as well.”

Which is what she did next by posting a one-star review about the property. So now we have a charge card dispute and an unflattering review. You can see how these actions would not necessarily motivate the innkeeper to play ball.

The storm really ruined their vacation? Here’s the innkeeper’s side

Wolfe contacted me after the dispute failed. The innkeepers had also left a rebuttal that cast doubts on the couple’s version of events:

I am afraid your review is simply not true. Your sole objective is to damage the Inn.

My staff and I did absolutely everything possible to accommodate you, including offering you the opportunity to reschedule your stay. The storm you are referencing was never forecasted to impact Amelia Island. No other guest requested to cancel or change their plans.

As you will recall, the storm passed through Louisiana and Mississippi on the first night of your stay. We called again to let you know it was sunny and warm here on the island and offered to waive the charge for the first night if you still wanted to come for the remaining two nights of your stay.

You refused this and every other offer we made in our numerous conversations. Instead, you said that you would open a dispute with your credit card company and you would win. When the evidence was supplied to American Express, they ruled in our favor because your actions were wrong. Now you have resorted to lying on a review site.

This whole episode has been unfortunate, but ultimately it is the result of your choices.

“Absolute lies,” says Wolfe. “Obviously, if this were true, I would have jumped at the chance to do this. We live two hours away. We’re retired, and it would have been no big deal to go another time.”

This was an odd case. In reading the Wolfes’ account, and the Elizabeth Pointe Lodge’s, it seemed that either one of them was not telling the truth, or they were somehow inhabiting parallel dimensions. You know, alternate timelines, and all that. I’m inclined to go with the former.

Only one way to get to the bottom of this. I contacted the inn on behalf of the Wolfes.

The inn never responded. But a day later, I received a note from Michael Wolfe.

“I have successfully negotiated a resolution of the situation with the Elizabeth Pointe Lodge,” he says. “It was an unfortunate case of miscommunication, and I have straightened out the matter with the lodge’s owner.”

So what happened, I asked.

“I called to try and talk to the owner one last time, and he actually picked up the call after the hotel operator said he was not in,” he told me. “We talked for a while and agreed that there might have been some miscommunication with his manager and agreed to resolve it by allowing my wife and I to rebook in August.”

OK, I’m happy they were able to work this out, but this was almost certainly more than a simple “miscommunication.” This was an all-out war in which a card dispute, a devastating TripAdvisor review, and, finally, a consumer advocate, had been weaponized. If the hotel had offered to rebook, then why didn’t it just say so in the first place?

I’m not sure whose version of events is true — I will leave that for the poll.

Lessons for the rest of us

But the Wolfes’ “storm ruined their vacation” case is filled with lessons for the rest of us. The obvious: Don’t jump into a credit card dispute, mind your problem-solving approach, and think before making accusations that you might not be able to substantiate.