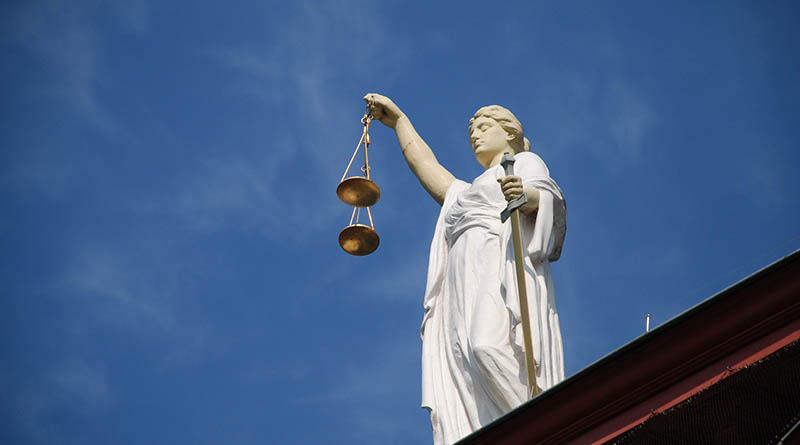 Sometimes, you have no choice. You need small claims help, and you need it now. It’s time to head to small claims court.

Consider what happened to Meghan Robinson, who recently bought a mini-pig named Peaches from a business called — I’m not making this up — Mini Pig World.

The business couldn’t send the mini-pig because of health problems that I can’t mention in a family publication. Yet the breeder kept her $4,000, insisting she select another pig.

Efforts to find a middle ground between the breeder and Robinson failed.

Small claims court is a local court in which claims for small sums of money (usually between $5,000 and $10,000) can be heard and decided on quickly, without the need for legal representation. Dollar limits vary by state. No one keeps tabs on the number of small claims court actions, but anecdotal evidence suggests it may be growing. And that means more people need small claims help.

Before heading to court, you should know a few things. First, small claims court is not for everyone. Some — if not most — cases should be settled out of court. If you do, there are free resources that can help you. I have some advice that will get you through the hardest part.

Here’s how to get small claims help

Small claims court shouldn’t be your first option when you run into a consumer problem. Often you can reach an amicable resolution with a business by using the three “Ps” of problem-solving — be patient, persistent and polite. But not all companies are reasonable, and that includes pig breeders. So, should you file a complaint in small claims court?

“I frequently tell clients that the cost of going to court — not only legal fees, but also time diverted from productive work — almost always dictates negotiating a settlement,” he says “Regardless of the law, the facts, and who is right or wrong.”

For many small claims court litigants, it’s not justice, but fairness: Yes, it will take more than $4,000 worth of my time to take this case to court. But it’s the principle. It may be cheaper to walk away (or take the replacement pig), but that inner sense of right and wrong won’t let you do that.

Experts say you should go to small claims court as a last resort to reach a fair settlement with the defendant.

“To determine if you have a matter that is good for small claims court, ask yourself these questions,” says attorney Brad Biren. “First, what’s my injury? Second, will money make me whole again? And third, can I point to an agreement or set of documents or a body of evidence that can prove such an agreement existed? If you can answer all three, then you have a good case in general.”

If you’ve decided to take your case to small claims court, you should know this: You’re not alone.

“Your local state government websites are very helpful, as are most county clerks that you can call,” says David Engelhardt, a contract lawyer in New York. “Remember, they’re paid to help you through the maze of litigation, call back as many times as you need — you’re paying their salaries.”

You can also consult with a nonprofit organization like the National Legal Aid & Defender Association, which offers legal services for people who can’t afford counsel. Also, consider consulting a resource like NOLO.com, a site that specializes in self-help. And keep in mind that often, you’ll still need expert guidance, particularly if you’re a small business and are using small claims court to collect a debt. Here’s a LegalShield overview of that issue.

While small claims court may seem like an insurmountable hurdle, it really isn’t. I encounter consumers almost every day who have successfully navigated the small claims court system. They often report that at that level, the judges are understanding and helpful. A little knowledge of the legal system and some help can make the process go much more smoothly.

What to expect in small claims court

Going to small claims court varies from state to state. California publishes a helpful guide to its system, which describes the process in some detail. The Minnesota Attorney General’s Office also publishes a booklet that walks you through the process.
You’ll want to know a few basic terms. For example, the person who files the claim is called the plaintiff, and the person against whom the claim is filed is called the defendant. There’s also a court fee ($30 if the claim is for $1,500 or less in California).

Also, brush up on some basic law before you file a complaint, says Christopher Earley, an attorney based in Boston.

“I would suggest to anyone pursuing a small claims case to be very aware of the applicable statutes of limitations in your state,” he says. “Make sure that service of the summons and complaint is done properly to the party which you have sued.”
You may not need a lawyer, but consulting one can help, says Kimberly Hanlon, who works with the Minneapolis law firm Lucēre Legal. She’s offered her clients small claims help in the past.

“Attorneys know what judges find compelling and can help you focus your case in an effective way,” she says. “Sometimes, the things that non-attorneys think are most important are not important at all, and they fail to recognize the one gold nugget that assures them the win.”

Robinson, the woman who bought the mini-pig, hasn’t filed a small claims court case yet. She’s sent a demand letter to the breeder. She also consulted with an attorney who told her the odds of recovering all of her money are not good.

“Unfortunately,” she says, “Mini Pig World has not resolved this problem.”