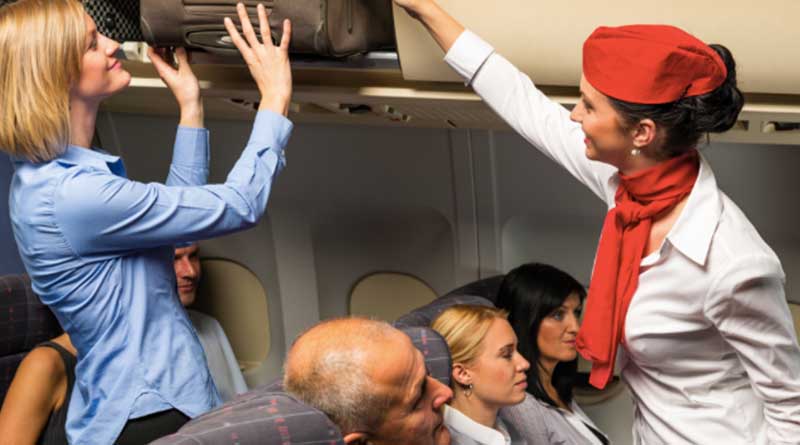 Let’s talk about travelers who feign injury, illness and even death to get preferential treatment: the travel fakers.

Who are the travel fakers?

They’re passengers such as the one Lori Moore, a college professor from Louisville, saw on a recent South American cruise. The woman ambled effortlessly through the buffet line and all over the ship while they were at sea.

“But whenever we had shore excursions or ports that required a tender, she was suddenly in a wheelchair to get priority boarding and sit in the handicapped seats in the front of the tour bus,” she remembers.

Travel is home to at least two types of fakers. First, there are the passengers who misrepresent their personal circumstances to persuade someone to waive a fee or grant an upgrade. Lilliana Torrey, a legal secretary from Chicago, admits she once told an airline her uncle had died so that it would waive a change fee. He had passed away — 12 years before.

Travelers who feign a physical hardship or handicap comprise the second group. They include passengers who dress their dogs up as service animals to carry them on the plane. At this time of year, you see travel fakers in action on flights to warm-weather destinations such as Miami. They’re priority-boarded in wheelchairs. Then, miraculously, they walk off the plane unassisted. These are called “hallelujah flights.”

Faking it is wrong, no two ways about it. But it’s wildly popular. A recent survey by Jetsetter.com found that 39% of hotel guests told lies to get a room upgrade.

Why do travelers do it? Is it simply because they want something they’re not entitled to — or because they feel it’s justified?

The travel industry would prefer that you not ask such questions. As far as it’s concerned, faking is lying, and lying is always wrong. But consider some of the more onerous change policies that have recently emerged:

Changes that may have led to the increase in travel fakers

• Airlines used to change tickets at no charge. Today, it costs $200 to change a domestic ticket, and that doesn’t include any fare differential. Some tickets can’t be changed at all.

• Not so long ago, hotels would cancel your reservation as a courtesy. Now, many prepaid rates are completely non-refundable. If you’re lucky, you’ll be charged one night’s lodging when you have to cancel at the last minute.

• Cruise lines have taken a hard line on changes, too. If you have to cancel your vacation and you’re not insured, you’re out of luck, unless you can show a death certificate.

Don’t even get me started on comfort and convenience. Many fliers squeezed into middle seats spend the whole flight pondering what they can do to avoid it next time. Some of those hallelujah passengers being wheeled onto the plane are probably scheming for space for their luggage in the overhead bin.

Michael Brein, a Seattle-based psychologist who specializes in travel industry issues, says travel is a breeding ground for travel fakers because faking it is easy. You’re away from home in a new environment, and people are inclined to believe you.

“It is sometimes exhilarating to get away with things,” he says.

Who pays for fakery?

But someone pays for the fakery. When you request a hotel room or cruise ship cabin for people with disabilities because it has more space, or you take up a wheelchair just so you can board early, you aren’t just gaming the system — you’re also taking a service from someone who might really need it.

“The idea that someone would fake an illness or disability, presumably to gain an advantage, would be laughable if it were not so objectionable,” says Brett Heising, a writer who publishes a review website for travelers with disabilities.

It would be easy to channel all of our collective rage at the fakers, which is exactly what the travel industry wants us to do. But think about it. Who created these super-restrictive policies, the uncomfortable seats, the bag fees that led everyone to compete for the overhead bins?

If you believe passengers are to blame — indeed, that they asked for it by booking a low price — then by all means, condemn these fibbers. If you believe the travel companies created these policies to squeeze more profit out of us, you may find the blame is not so clear-cut.

Faking is wrong, do this instead