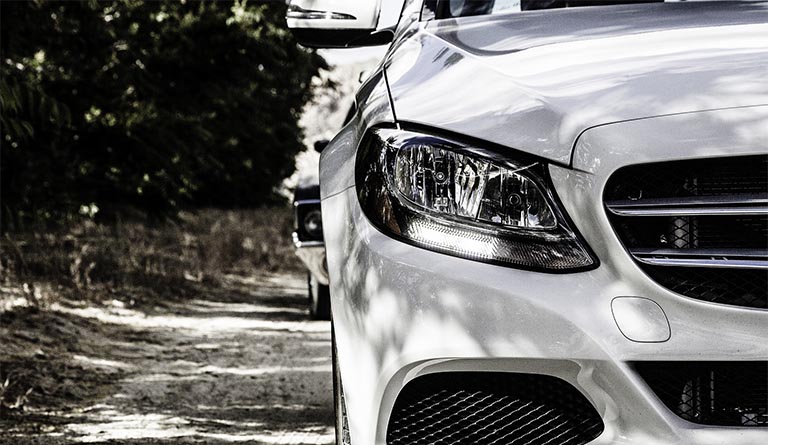 Niebes Castillo should have known better than to leave a loaded gun in the glove compartment of his rental car. After all, he’s a truck driver and, as a driving professional, should be aware of the rules of the road. But there’s enough gray area to warrant a closer look at a case that landed Castillo on Hertz’s Do Not Rent list.

Castillo’s inquiry triggered a debate among our advocacy team about how far we should go to help someone who made an honest mistake. It’s also a warning to the rest of us that you can’t break the law when you use a rental vehicle and expect to get away with it. Yes, even if your activities were unintentional and didn’t hurt anyone.

Castillo describes his case in a detailed email to Hertz, which he shared with my advocacy team.

In January, he returned his rental car to a Hertz location in Texas and made, in his words, “a terrible mistake.”

He adds, “I know it was careless and reckless of me. And for that, I truly apologize from the bottom of my heart.”

“Law enforcement was called to the scene,” he recalls. “I have a gun permit and was released immediately after questioning.”

But Hertz wasn’t done with him. A few weeks later, Castillo received an email from the car rental company saying his business was no longer welcome. He’d been added to the Hertz Do Not Rent list.

One mistake, just one, wiped out all my business and good rental history with Hertz.

I understand that it was a huge liability for Hertz. And for that, I truly apologize. And I promise if given a second chance. It will never happen again.

At the end, we’re all humans. No one is perfect. We all make mistakes.

All I’m asking for is the opportunity for me to keep giving my business to Hertz for my business and travel needs. I would really hate it if we parted ways. I’m not ready to say goodbye.

I want to apologize again for my reckless mistake. And reassure you that it won’t ever happen again. I’m so… so sorry.

I wanted to help Castillo. He had left a permitted weapon in a rental car — an honest mistake. I had read many car rental agreements and had never seen a specific rule against bringing firearms.

Disclosure: I grew up in a country with strict limits on firearms, the kind that would make the average Second Amendment fan hyperventilate. I have personal views on guns that might be described as outside the mainstream. So to move away from a potentially loaded discussion that veers unnecessarily into politics, I imagined that it wasn’t a gun, but something else that might be legal but dangerous, like chemicals, explosives, or a Rottweiler.

OK, I’m kidding about the Rottweiler.

Would I want to help Castillo? And the answer was “yes.”

So I pulled up the latest version of the Hertz rental agreement. Although there was no specific mention of firearms, this paragraph had me a little worried.

(d) You must not use the Car or allow it to be used:

(i) to carry passengers for remuneration;
(ii) to carry cargo for remuneration;
(iii) to tow or push any vehicle, trailer or other object;
(iv) off road or on roads unsuitable for the Car;
(v) when it is overloaded or when loads are not properly secured;
(vi) for carrying any object or any substance which, because of its condition or smell may harm
the Car and/or delay Hertz’ ability to rent the Car again;
(vii) to take part in any race, rally, test or other contest;
(viii) in contravention of any traffic or other regulations;
(ix) for any illegal purpose;
(x) for sub-renting;
(xi) to drive or be driven in restricted areas including, but not limited to, airport runways, airport
service roads and associated areas;
(xii) for driver training activity; or
(xiii) in contravention of any of the driver requirements contained in paragraph 2 above

It’s clear that Hertz doesn’t want anyone engaging in any illegal — or even questionable — activity.

So I decided to ask my fellow advocates.

Michelle, Dwayne and I occasionally run problematic cases past each other before we decide to advocate them. When we saw this one, Dwayne and I leaned toward helping Castillo. Hertz’ terms didn’t explicitly forbid firearms — or leaving them by accident.

But had Castillo done something illegal? Michelle noted that section 46.02 of the Texas Penal Code forbade leaving a firearm — even one for which you have a permit — in a vehicle you do not control:

(a) A person commits an offense if the person:

(1) intentionally, knowingly, or recklessly carries on or about his or her person a handgun or club;  and

(B)  inside of or directly en route to a motor vehicle or watercraft that is owned by the person or under the person’s control.

(a-1) A person commits an offense if the person intentionally, knowingly, or recklessly carries on or about his or her person a handgun in a motor vehicle or watercraft that is owned by the person or under the person’s control at any time in which:

(1) the handgun is in plain view, unless the person is licensed to carry a handgun under Subchapter H, Chapter 411, Government Code, and the handgun is carried in a shoulder or belt holster;  or

(A) engaged in criminal activity, other than a Class C misdemeanor that is a violation of a law or ordinance regulating traffic or boating;

(B) prohibited by law from possessing a firearm;  or

And there’s also this: the company can choose with whom it does business. We’ve written about the Hertz Do Not Rent list several times. The way I see it, the agency has every right to turn down Castillo’s business.

Can he get off Hertz’ Do Not Rent list?

I was curious to see how the company had responded to Castillo’s request to have his name taken off the Hertz Do Not Rent list.

Here’s what it said:

I have contacted the Do Not Rent team to review this matter further along with Corporate Security. The feedback provided is that due to the nature of the incident that occurred Hertz has placed you on the Do Not Rent list.

At Hertz, we take the safety of customers and our employees who clean and service these vehicles after return very serious.

After a thorough review of this matter, we stand by our original decision. Although the resolution is not what you preferred, no additional action is warranted. We regret we are unable to fulfill your expectations in this instance. Our decision remains unchanged and is final.

We can’t hit the target on this Hertz Do Not Rent case, either

Regrettably, our answer is “no” as well. Although I have a lot of sympathy for Castillo, this car rental mistake may have put Hertz employees at risk. Worse, he might have harmed the next renter. Imagine a child finding the weapon in the back seat? Something could have gone seriously — and tragically — wrong.

Gun ownership is a serious responsibility. Castillo had a permit to carry his firearm. To get his license, Castillo would have had to fill out an application and take a proficiency training course. The requirements for a concealed carry permit are more rigorous.

Bottom line: He should have known better.