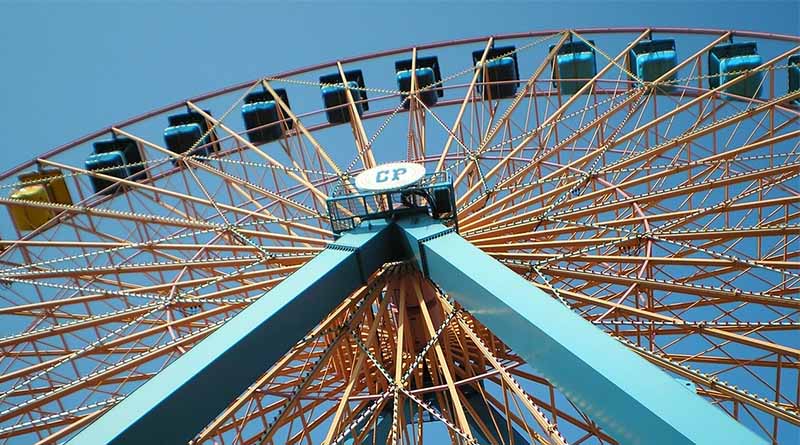 When Rebecca Yonker found a two-for-one deal on Cedar Point amusement park tickets online, she jumped at the offer. For just $36, she could get two admissions to America’s Mecca of roller-coasters. That is until she learned a Groupon mistake had been made.

Turns out, the offer was more like a one-for-one.

Yonker’s case is a little infuriating. Cedar Point, which wrote the offer, should have known better. When Yonker turned to Groupon for help, the company simply deferred to the theme park, effectively asking Yonker and others who purchased the tickets to shoulder the blame for this obvious error.

If nothing else, Yonker’s case shows that no matter how carefully you read the fine print, a company can change the rules even after the transaction.

How Groupon made a $252 mistake

Here is the original Groupon offer: For $36, one person could get admitted to the park for two days or two people could go for one day. Delighted by this discovery, she bought seven passes for her church group.

“But after I purchased and downloaded the vouchers, which showed they were good for two admissions into the park, Groupon sent an email that stated that they were ‘clarifying’ the terms of the vouchers and changed them to only one admission for one person into the park,” she says. “The fine print on the new vouchers still has the original terms. It states that two people can get into the park.”

Yonkers contacted Cedar Point but found the response less than satisfying. It apologized, reiterated its position and added, “Because these tickets and deal were sold through Groupon, a third-party ticket seller, they will be happy to assist you with any concerns with your order. Their customer support can be found here: Groupon customer support.”

In other words, you’re not our problem.

No, this isn’t one of those cases

Oh, I know what you’re thinking. This is another one of those fat-finger cases, where Yonker should have known (and maybe did know) that Groupon had made a price error.

This organization doesn’t advocate for fat-fingering thieves. But there’s no evidence that Yonkers knew that the Groupon price was incorrect. Cedar Point currently offers a one-day ticket for $45, a $28 savings. And Groupon offers deals that “save up to 70 percent” on its site. What’s more, there’s no evidence in Yonker’s correspondence that she was gaming the system or buying a pallet of fat-finger theme park tickets, as some of the bloggers in the darker corners of the internet often do with airline tickets. She just wanted to take her church group to the amusement park.

A descent into the maddening world of chat customer service

So Yonker took her case to Groupon. Specifically, she initiated a “chat” through its site. Let’s take a minute to see how that went:

Rebecca Yonker: The Cedar Point groupons I bought were just changed from what I bought. They said they were good for TWO single day admissions and now they have been changed to One single admission.

Groupon: Thank you for contacting Customer Support. Hi Rebecca Greetings for the day.

Groupon: How may I help you today ?

Rebecca Yonker: We bought groupons for Cedar point which were for TWO single admissions. Now they are saying they are only good for 1 single admission. How can Groupon change the terms of the vouchers after we have purchased them?

Groupon: Let me see what best I can do for you. Please give me a minute. Meanwhile I see you’re eligible for our current reward challenge. It’s an opportunity to earn site credit for future Groupon purchases. Can I send you an email with more details after we resolve your issue?

Rebecca Yonker: No thanks.

Groupon: I can see that you have purchased 2 vouchers which is single voucher is good for ONE admission.

Rebecca Yonker: That’s not what the terms said when we bought them.

Groupon: You can check the fine print of the deal page and it mentions the same there.

Rebecca Yonker: I did check the fine print when I bought them and downloaded the original Groupon which states it was good for TWO admissions. Now they have changed it to one admission. Cedar Point Single-Day Admission for Two. This was on the orginal Groupon that I bought and downloaded. Now it has been changed and I’m told we need to reprint them which means I don’t have enough admissions to get my family into the park.

Rebecca Yonker: I read the terms of that Groupon many times before I bought it to make sure I had enough vouchers to get into the park with my family.

Groupon: Rebecca, I see you’re a great customer of ours, and I’m very sorry for the trouble here. I hope you know this is not the kind of experience we want you to have when using Groupon.

Rebecca Yonker: I don’t see how you can change the terms AFTER we purchased them I’ve booked a place to stay and have plans to go to Cedar Point this summer. Now we don’t have enough tickets to get into the park. How is it legal to change the terms of the vouchers after they are purchased?

Groupon: I apologize for the trouble that you have gone through but as per the deal page it is clearly mentioned that single voucher is good for ONE admission. You can see that exact information now too on the deal page

Rebecca Yonker: Yes NOW it says that. It did not say that when I bought the tickets Yes, because you changed it AFTER it was purchased which I believe is illegal.

Groupon: You have been charged accordingly and as per the information listed on the deal page, Rebecca.

What to do when a company rewrites the rules

I can appreciate her frustration. This scripted dialogue is enough to drive Yonker bonkers.

Let’s skip right to the resolution — if you can call it that. Groupon offered her credit, but she still had to pay for the tickets. In addition, Cedar Point offered her a discount on the tickets, but refused to honor the vouchers.

Companies routinely rewrite the rules. Credit cards and loyalty programs are notorious offenders, but occasionally a theme park slips in, too.

Yonker followed all the steps to a resolution. She contacted both Cedar Point and Groupon in writing. She could have appealed to a Groupon executive. We publish their names, numbers and email addresses on this site. By the way, Groupon has a guarantee that promises that if you buy a Groupon product “and were disappointed by your experience, contact us within fourteen days of your voucher use, trip or event and tell us about it. We’ll work with you to make it right.”

For Yonker, that promise rang hollow. But fortunately, there a happy ending was just around the corner.

Our advocate Michelle Couch-Friedman contacted Groupon on Yonker’s behalf. A Groupon representative called Yonker and assured her that she will receive a total of 14 Cedar Point tickets, as promised.