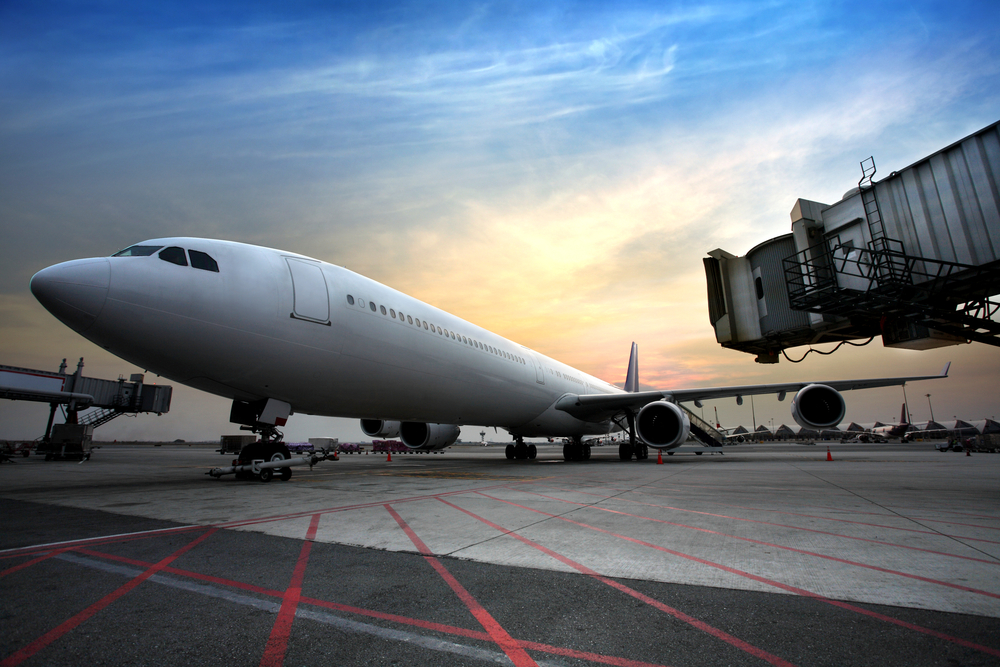 I’ve seen the future of air travel — at least the kind of future the airline industry wants — and I don’t like it.

It’s a world in which flights are “free,” but they’ve never been more expensive. A world where airlines take your money in large increments and small ones, depending on where you’re sitting on the plane — but either way, they’ll get your money. It’s a world where meaningful competition doesn’t exist anymore.

We’re closer to this world than you can possibly imagine.

The airline industry and its influential lobbyists yesterday tried to strong-arm Congress into putting its cleverly-named airfare “transparency” bill to a vote. The law would allow airlines to quote a price that doesn’t include any taxes or mandatory fees.

If it’s passed, the bill would give airlines the green light to quote a “base” fare and then add all of the extras as a subtotal before completing your purchase, leaving you with the impression that your ticket is far cheaper than it is. It may be one of the most customer-hostile pieces of legislation proposed by Congress in years, essentially giving an entire industry a license to lie about its prices.

But it’s only part of the airline industry’s bigger game plan.

Wanna know what that looks like? Let’s take a look in my crystal ball. If airlines get their way, here’s the troubling flying experience that awaits you in a few short years:

You’ve made the right choice – the only choice.
At the rate things are going, there will only be one domestic airline left. All of the smug executives who claimed that consolidation is the only way to survive will have long since pulled their golden parachutes and bought a tropical island. They’ll never fly commercial, because it’s an affront to their dignity and pride. The rest of us will be stuck with an Americanized version of Ryanair. Imagine that.

”Free” flights.
In just a few years, the cost of an airline ticket could drop to zero. But airlines will make money like never before. Seat assignments, checked bags, carry-on bags, boarding passes, drinks – they’ll all cost extra. Airlines will still skim a little off the top by adding a mandatory “fuel surcharge” and “insurance surcharge,” which technically isn’t part of the base fare, but is still required as part of your purchase. So much for “free.”

You-get-what-you-pay-for class.
Meanwhile, conditions in the back will go from bad to truly intolerable. Seat pitch – the space between seats – might well shrink to 26 inches, a full 10 inches less than before airline deregulation. Sure, some seat technology innovations have meant thinner seats, but you get virtually no personal space, all while being assaulted with ads and come-ons for “frequent flyer” credit cards. Then again, what are you complaining about? Your seat is “free.”

Here come the personal cabins.
Meanwhile, for those willing to pay for their ticket, it’s not too hard to envision a world in which the major airlines still flying have fitted their first class sections with personal cabins, which feature convertible sofas, conference tables and a modest living area. Elite-level customers, the flying Pharaohs of tomorrow, would be divided into more than a dozen elite levels, one more special than the next. They’d be attended to by gourmet chefs, masseuses, even onboard entertainers, who cater to their every whim. And yes, these exclusive areas are as inaccessible to the average passenger as Versailles was to a 17th century peasant.

Don’t worry – they’ll pay, too. Or at least their employers will.
Even the elites won’t get anything “free,” even after they’ve shelled out $12,000 of their company’s money for a personal cabin. Airlines will take advantage of a slew of other ancillary revenue opportunities in the front of the plane. The “best” customers will pay for the opportunity to redeem their “free” miles every time they fly. There’ll be hefty membership fees at the top level, because, you know, membership has its price. They’ll spend their employer’s money for the opportunity to be wait-listed for one of these über-luxurious seats. Wouldn’t you if you had a choice between a personal cabin and a sardine can?

Meanwhile, airline apologists will continue to insist this is the only way for the industry to be profitable. Pay more, get more, they say. I don’t want to subsidize your luggage, your drink, your package of peanuts, they’ll complain.

This is fair, they’ll insist.

And inevitably, there’s this line: If you’re flying “free” then shut up and take your seat in the back of the plane.

You’ve heard this kind of rhetoric before, haven’t you? (Scroll down to the comments if you want to see more of it.) But has anyone stopped to think of what happens when we take these deeply-flawed assumptions to their logical conclusion?

If you’re as troubled by this dystopian vision of the future as I am, I have some good news: It’s not too late to stop it.

Instead of offering the airlines a license to lie about their prices, we should nudge them toward charging fair and sustainable airfares. Rather than letting them reward only their best customers – the elite-level frequent travelers – we should insist that they treat every paying passenger with a minimum amount of dignity and respect.

We can all agree, for example, that today’s airline seats are getting precariously close to torture. How much more can they take away? How much more should they be allowed to take? We love those lie-flat seats, but how much more room and amenities can they strip away from those in the back, and give them to the “best” customers, before the cries of revolution are heard from steerage class?

What happens when United Airlines decides to merge with Delta Air Lines? Will we let them?

And how much more can they “unbundle” from a ticket before it’s not a ticket anymore? Haven’t they gone too far already?

We have a choice.

Straighten up and fly with dignity or remain on this course toward a dishonest, unfair and ultimately unsustainable way to fly. Now is the time to decide what kind of world we want to fly in. Let your elected representative know. And join our new advocacy organization, Travelers United.