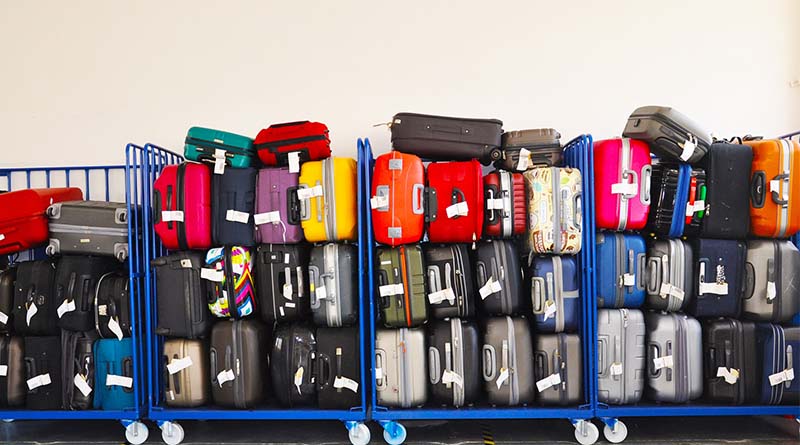 When Gopiben Vyas and her family flew to Norway last summer, Scandinavian Airlines (SAS) did something remarkable: It lost not one, but all 10 of their checked bags. Then it did something even more remarkable. I’ll tell you about that in a moment.

Vyas’ case is an important reminder that when an airline loses your luggage, it will do almost anything to avoid paying compensation required by law, and that includes inventing requirements that are impossible to meet. It’s enough to make you think twice before entrusting your belongings to any air carrier.

How SAS lost all of their luggage

Vyas and her family were flying from San Jose, Calif., to Bergen, Norway, last July, when the loss happened.

They checked 10 pieces of luggage and that’s the last they saw of them.

“We spent a whole day at the Bergen airport waiting for the bags,” she says. “We also spent another day at the airport to find our bags before returning to the U.S. This was particularly challenging as we not only lost all our clothes but also lost medicines and food for my son who is highly allergic to nuts.”

Can I just stop right there? Never, never check medications in your luggage — especially if it’s potentially life-saving medication for an allergy.

“We filed a complaint at the airport and opened an online case as well,” she recalls. “On their request, we submitted all the required documents — itinerary, details about the bags, description of items, and purchase receipts. I tried to contact customer service many times to follow up but there was no response from them.”

SAS would not tell them how it lost the bags or what it was doing to recover them. Just radio silence, according to Vyas.

So what happened to the luggage?

Unfortunately, the lost luggage stayed lost. But that’s not all.

“Finally after one month I received an email acknowledging that they have still not found our bags,” says Vyas. “But now, they required a police report for the missing items.”

Vyas says there are a few problems with this requirement.

1) We have never heard any airline requiring a police report for lost baggage, especially when it’s unclear in which city the baggage was lost, and hence unclear where one should file the police report.

2) Since we live in the U.S. and it’s been more than four months since our return, we are unable to file a police report in Norway at this point.

3) If a police report was indeed required, why weren’t we asked to file one when we spent nearly two full days at the airport working with service personnel to track down our luggage.

We understand that sometimes things go wrong when transporting luggage for so many people. But after traveling for a whole week without our luggage — still not found — and working for four months on providing all needed details and receipts, this new requirement seems like a wild goose chase.

How to fix this lost luggage problem on SAS

Of course, the family was entitled to prompt financial compensation under the Montreal Convention. They could have taken their case to one of the SAS executives we list on this site.

But instead, they fought on, dealing with lower-level customer service employees. It was months of patience-testing back-and-forth with the airline.

I wondered if SAS had told Vyas verbally that she needed a police report or if it put it in writing. As I reviewed the lengthy paper trail, there it was in black-and-white:

I have now heard back from our baggage department and I am sorry to say that we were not able to locate your bags.

I will look into the matter of reimbursement as soon as this is done.

I wish you a nice day.

Needless to say, this is infuriating. It is obviously an attempt to void a perfectly valid claim. And it won’t work.

How to find your lost luggage

You have rights when a bag goes missing, as I explain in a recent column for the Washington Post.

If you’re flying domestically, your airline’s liability under DOT regulations is $3,500 per passenger. But to collect, you’ll need to fill out two forms, including an initial lost-luggage form and a second claim in which you show proof of your loss. The claim process can take weeks — often longer. Airlines typically wait several weeks to be sure your bag is actually lost.

For international flights, the claim procedure is virtually identical, but a treaty called the Montreal Convention governs your rights. The airline’s liability limit is roughly $1,600.

You can’t speed up the process, unfortunately. But you can set reminders to ensure your airline doesn’t endlessly delay your request, hoping you’ll forget about it. Airlines are notorious for that kind of foot-dragging. The police report is just another tool in its arsenal of delay tactics.

Our advocate Dwayne Coward jumped in to help the Vyas family from a potential loss of $13,000, contacting SAS on her behalf. SAS acknowledged his inquiry and promised to look into it. But in mid-February, six months after her flight, the bags were still lost and the family hadn’t received any compensation.

So Dwayne contacted SAS again. And this time, there was good news from the airline:

To my knowledge the claim has now been approved of. We are sorry for the delay and for any inconveniences caused to the passengers.

A prerequisite in obtaining full compensation from many insurance companies is a police report and for this reason SAS recommended the passengers to establish one.

However, a police report is not a prerequisite for SAS to be able to handle the case itself, and unfortunately a misunderstanding in this case.

According to the Montreal Convention passengers are entitled an amount of up to SDR 1131 per passenger in case a bag disappears during air transport.

Bottom line: Airlines will throw everything they can in your way to avoid paying a luggage claim. Police reports seem to be a new favorite. When an airline is not playing fairly, you have to politely present them with the legal agreements like the Montreal Convention, which has no police report requirement. And you have to stay the course — even if it takes six months to get your claim approved.

Christopher Elliott is the founder of Elliott Advocacy, a 501(c)(3) nonprofit organization that empowers consumers to solve their problems and helps those who can't. He's the author of numerous books on consumer advocacy and writes weekly columns for King Features Syndicate, USA Today, Forbes and the Washington Post. He also publishes Elliott Confidential, a critically acclaimed newsletter about customer service. If you have a consumer problem you can't solve, contact him directly through his advocacy website. You can also follow him on Twitter, Facebook, and LinkedIn, or sign up for his daily newsletter. Read more of Christopher's articles here.
82081