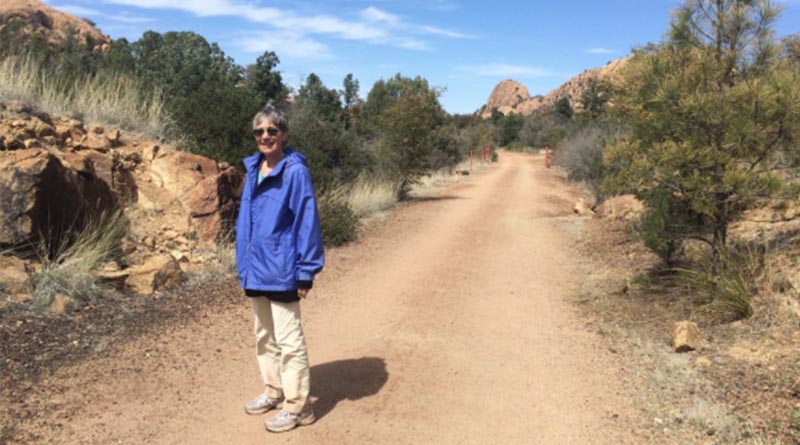 Extreme weather can happen at any time. But when it interrupts your vacation, you’re in real trouble. Consider my recent misadventure when my oldest son, Aren, and I hiked up our favorite trail during Arizona’s famously unpredictable monsoon season.

Dark clouds gathered to our left and right as we power-walked down the Peavine Trail, an abandoned railroad along Watson Lake in Prescott, Ariz. As we emerged from the granite dells, the large flat rocks for which this area is known, I heard the dark rumbling of thunder.

Then it started to rain. And then the rain turned to hail. But the worst was yet to come.

We live in times of severe meteorological conditions, and living with extreme weather means traveling in extreme weather. Research shows that extreme temperatures can affect human mobility, which is a fancy way of saying that when it’s too hot or too cold, we don’t go out. Makes perfect sense.

How do you prevent extreme weather from ruining your hard-earned vacation? Some forms of severe weather are unavoidable, so planning is key. Timing is important, as I learned on our Arizona hike. And there’s also some mental preparation involved.

What the hail? The importance of planning

Bad weather can happen at any time, but you can plan ahead. For example, here’s a picture of the deck of my vacation rental in Black Hawk, S.D., taken in May. That’s no winter wonderland. The white stuff on the ground isn’t snow — it’s hail. And lots of it.

Everyone warned me about the mercurial weather in South Dakota, but I didn’t take them seriously until, on a single day, the temperature fluctuated between 50 degrees and 90 degrees, and the day ended with hail.

The Mount Rushmore state’s bizarre mix of hot weather and cold weather is fairly predictable. At certain times of the year, like late spring, it’s a little more volatile than other times. But it’s survivable. The key is careful planning. When I told my kids to bring clothes for swimming and for a snow festival for a May visit, they balked. But when we arrived in South Dakota and experienced the dramatic temperature differences, they stopped arguing. Sometimes, father does know best.

Whether you’re visiting a national park or hanging out in the city, extreme conditions can happen any time. I learned just how important timing could be when I wandered out into the desert with my son one afternoon.

To pick up our story, after the hail started coming down, the storm intensified. The hailstones grew from pea-size to pebble-size to golf ball-size. We had no protection from Mother Nature’s fury. Finally, we found an old railway bridge and hid under it until the storm passed.

The problem was, hail mixed with rain seeped through the wood, mixing with sand and mud and then dripped on us. Another bridge further up the trail washed away in a flash flood a few minutes later. All in all, not an ideal way to end an otherwise amazing hike.

But I learned an important lesson. Most violent storms happen in the afternoon, so after surviving the hail storm, we implemented a new rule: no more afternoon hikes in the summer. It served us well. A few weeks later in Sedona, Ariz., the no-afternoon rule saved us from getting stuck in an even worse hailstorm, which I’m sure would have left us with serious injuries.

If nothing else, check the forecast before you go out. I learned the importance of watching my weather app in Sun Valley, Id., where intense blizzards interrupted an otherwise lovely spring visit. I mean, I love walking in the snow — as long as I can see where I’m going.

Surviving an extreme weather vacation is a mind game

There’s another kind of heat, and that’s the high-humidity variety you find on America’s east coast. When we lived in Orlando, we refused to comply with the “indoor” season by remaining in our air-conditioned home for months at a time. From July to September, when high temperatures routinely exceeded 100 degrees and close to 100 percent humidity, we continued to explore the world.

Making it through these extreme conditions is a mind game. If you tell yourself you will survive, you will eventually acclimate and not even notice the tropical heat and humidity. You don’t have to suffer indoors, fearful of the elements outdoors.

The other tip I have is that by venturing outdoors when no one else does, you could have a better experience. Why? Every attraction, beach, and museum is abandoned during the least desirable time of the year. You have them all to yourself. For example, I love exploring a place like the Maitland Art Center, in Maitland, Fla., with its Mayan-themed architecture, in August. It’s so empty that I almost feel like I’m in the jungles of South America.

Extreme weather doesn’t have to destroy your vacation. With a little planning and the right attitude and timing, it can make it even better.