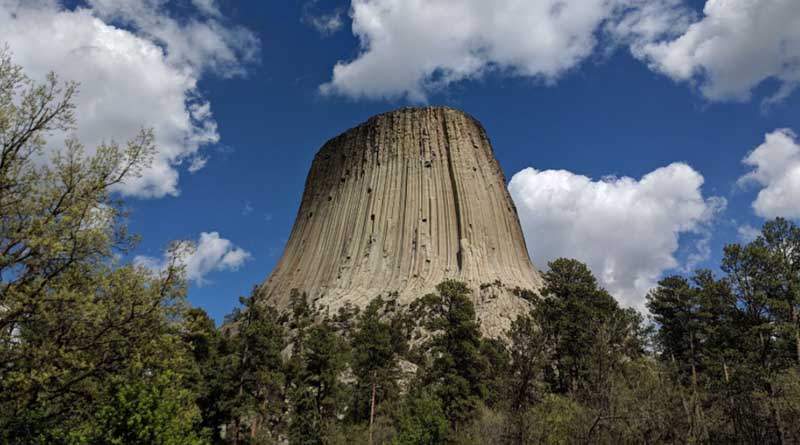 It’s not made of mashed potatoes or shaving cream, but Devils Tower still looks like a great landing pad for space aliens.

The mashed potatoes and shaving cream, of course, are from the movie “Close Encounters of the Third Kind.” Remember when an obsessive Richard Dreyfuss can’t get that monolith out of his head? Yeah, that was intense.

Connecting with a place is sometimes difficult when you’re traveling with kids. History books are useful reference points if your children are bookworms. But nothing does it quite like a movie. (It helps if it has space aliens.) My colleagues at The Guardian even publish a regular series on film-inspired vacations, from the Los Angeles of “La La Land” to New Zealand’s “Lord of the Rings” connection.

But this summer, if you look carefully, you’ll probably find a movie hook no matter where you go. I did.

My kids had seen snippets of “Close Encounters,” so when I told them we were only an hour away from Devils Tower, they understood we were going to see extraterrestrial visitors. Or at least, where the aliens were supposed to be.

As we walked around a trail that circles the monolith, my oldest son jokingly asked me when the aliens were landing. Another park visitor, who was walking toward us, deadpanned the answer: “Tonight. They’re coming tonight.”

He looked at me. For a second, he almost looked as if he believed the earnest hiker.

“How long are we going to be there?” my daughter asked, a little worried that we might see something up there.

To reassure her, I promised to show her the entire movie that night, which clearly shows that space aliens bound for this national monument are not scary.

Devils Tower is a breathtakingly scenic place, even without the film connection. On a clear day, you can watch climbers ascending to the peak. Deer, turkey and osprey are visible from the well-marked hiking trails. It’s easy to understand why native Americans believed this place is sacred long before Steven Spielberg showed up.

Dancing with wolves in the Badlands of South Dakota

If you find yourself in South Dakota this summer, every other scene will probably remind you of “Dances With Wolves,” the Kevin Costner movie that won a horse-drawn carriage full of Oscars. That movie came out long before my kids were born, and let’s face it, it’s not the kind of film a 13-year-old boy would willingly watch. I had to nudge the kids into seeing it on movie night.

But it put Badlands National Park into historical perspective, drawing their attention to forgotten wars and conflicts. By the way, if you really want to drive home that painful part of America’s history, you should take them to Crazy Horse Memorial, an unfinished mountain carving with exhibits and a museum that tells the story of the Dakotas from a Native American perspective.

We’ve visited twice. The first time, in 2012, we toured the enormous head. Last week, we drove through again to admire the progress on the stone sculpture and to attend a Lakota dance performance. I loved the emphasis on healing and unity, or, in the Lakota language, Mitákuye Oyás’iŋ, the concept that “all are related.” Couldn’t we use a little more of that these days?

In the end, we all danced in a circle — well, my daughter and I did — as the drummer chanted.

Sometimes, you don’t even have to prompt your fellow travelers for a movie.

“I feel like I’ve been here,” my oldest son, Aren, said when we visited southern Utah last fall.

Maybe that’s because he had been there many years ago, though he was probably too young to remember. But also, because a lot of movies have been filmed in Utah. In Zion National Park, it was the 1969 film Butch Cassidy and the Sundance Kid. To really go Hollywood, you have to drive a little farther south to Kanab, dubbed Little Hollywood because they filmed so many Westerns against the backdrop of its magnificent red mountains.

Our favorite part of Kanab was hiking through the Coral Pink Sand Dunes State Park, made famous by the Disney flop John Carter. Afterward, we watched the movie, and I didn’t think it was so bad. Trudging up and down the unearthly red sand dunes, however, was a lot more fun.

If you’re vacationing in the United States, chances are you’ll have that same sense of déjà vu. My advice? Check your destination to see if they filmed one of your favorite movies there. There’s no telling what you’ll discover.