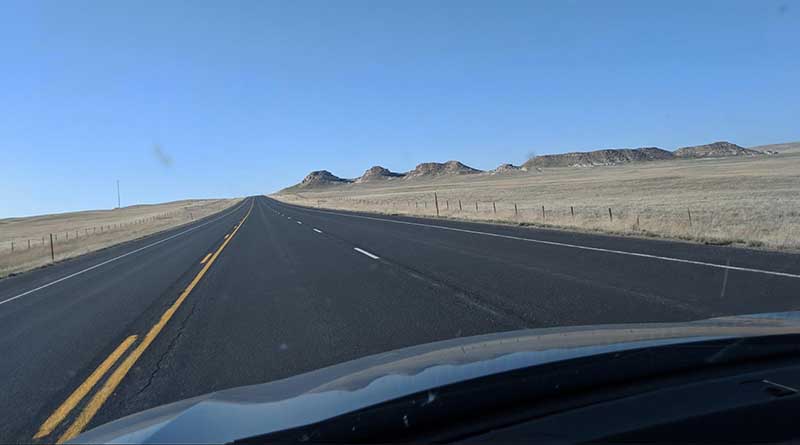 Want my best vacation advice? Don’t try to do it all at once.

Otherwise, you could end up like me: babbling incoherently after two straight days of driving through Arizona, Colorado, Wyoming and South Dakota. I’m not making that up. If you try to push it when you take time off, you could end up wishing you stayed home.

There are real limits to how long you can drive before you veer off the road, but with other vacation activities, the lines are less clear. For example, how long should you stay at the beach? What about a hike? At what point are you overdoing it?

Now is the time to ask yourself these questions. Most Americans get 14 vacation days a year, roughly eight of which are used during the summer. No wonder people want to squeeze more into less time. But nothing will ruin your hard-earned getaway faster than trying to cram in everything.

Best vacation advice ever: Don’t try to drive there in a day

Trying to drive more than 1,200 miles in two days is — let me be blunt — stupid! Yet there I was, a solo driver with three kids and not a lot of time to get from Arizona to South Dakota. I felt I had no choice.

I knew I could make the first stretch from Prescott, Ariz., to Grand Junction, Colo., in nine hours. But by the time we pulled into Moab, Utah, almost three-quarters of the way there, I was ready to call it a day.

My back started to spasm intermittently; the road signs in the distance faded into a blur of orange and red. Even worse, I was laughing at my own jokes. The late spring sun against my face made me feel drowsy. When we finally checked in at the Holiday Inn in Grand Junction, I couldn’t walk straight.

And that was the good drive. The next day, it took almost 11 exhausting hours to get to Rapid City. The road from the Colorado state line to South Dakota is filled with nothing but vast open spaces — empty fields bracketed by gentle, nameless hills. It’s hypnotizing. Whenever I drifted into the middle lane, the guidance system woke me with a shrill beep, beep, beep!

Did I overdo it? Absolutely. The Department of Transportation (DOT), which regulates motor carriers, imposes a 10-hour limit on drivers carrying passengers in its Hours of Service Regulations. Next time, I’ll follow the DOT’s advice.

Beware of the beach

The beach is yet another place that can be taken to excess. And I don’t just mean that you can literally miss the boat back to the mainland, which my middle son, Iden (13), almost did last summer in Alaska. He wandered off on an uninhabited island and we had to go looking for him. Such a troublemaker, that one!

No, the real danger with the beach is the sun. Ignoring solar radiation can leave the whole family burnt and peeling. An easy way to tell how much ultraviolet (UV) exposure you’re getting is to look for your shadow, according to the Environmental Protection Agency. If your shadow is taller than you are in the early morning and late afternoon, your UV exposure is likely to be lower. If your shadow is shorter than you are around midday, you’re receiving higher levels of UV radiation.

I have a one-hour rule at the beach, but not because of UV radiation. I can’t imagine sitting in one place for that long. Neither can my kids. I’d much rather be under the water, strapped to a tank and a regulator, than lounging around.

Keep your hikes brief — and beautiful

I love to hike. My two youngest kids — not so much. Over the years, thanks to their persistence and the sage advice of my parents, I’ve learned to keep my hiking plans brief. Quality is more important than quantity. That’s also the best vacation advice.

I mention this because I’ve experienced far too many meltdowns.

Sedona, Ariz., 2017: My daughter sat on a rock, halfway up Soldier’s Pass, and refused to move. I had to carry her back to the car.

Sarasota, Fla., 2016: My middle son decided hiking was stupid and ran toward the beach instead of back in the direction of our vacation rental. I had to bribe him with Tillamook cookies and cream before he returned with the family.

My parents, both in their 70s, also protest when I’m too ambitious with my walking tours. The last time we visited them in Arizona, they flat-out refused to hike with us, but that wasn’t my fault. My daughter has this idea that the only hikes worth doing are the really hard ones. I’m talking Angel’s Landing hard in Zion National Park. In Sedona, she’s all about an almost-vertical hike called Cathedral Rock.

This idea that harder is better — I have no idea where she got it from.

I side with my parents on this issue, and with the younger version of my kids. When you’re exploring a place, why overdo it? Why spend all day at the beach and suffer needlessly? Why try to reach your destination in a day, and risk driving off the road?

Don’t try to do it all at once. I promise you’ll have a better vacation.