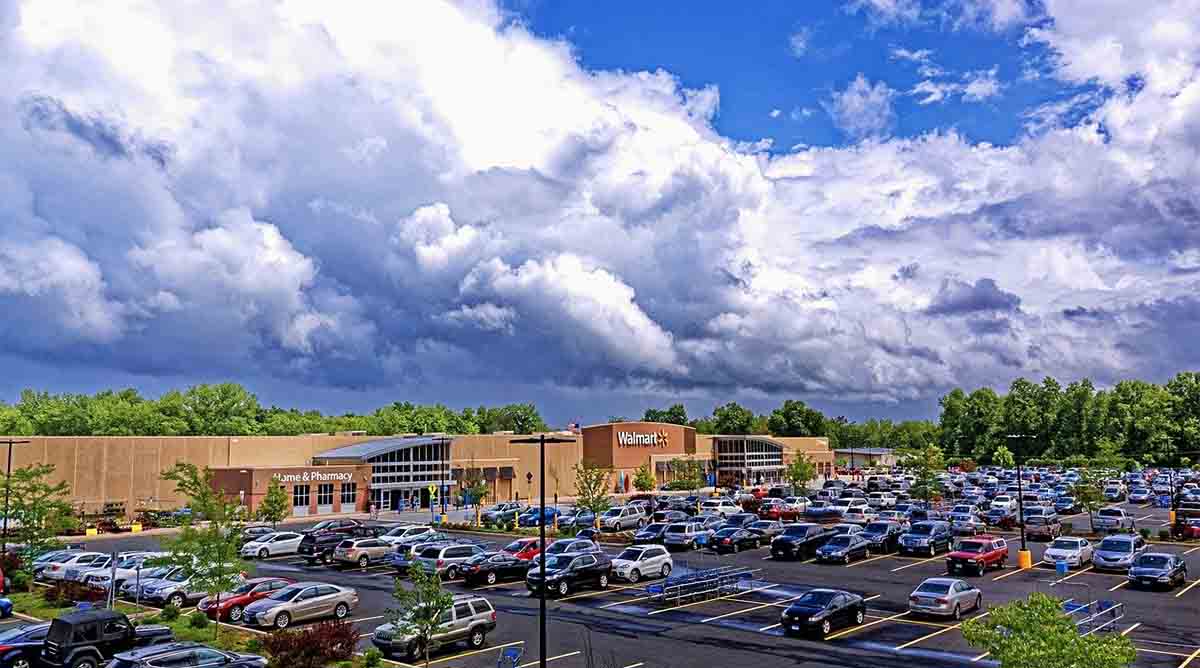 If you receive an unsolicited job offer from Walmart that involves shopping and getting paid big bucks to do it, it’s certainly a scam. But when Michele Turner received such an invitation, she was sure she had found the perfect way to make some extra cash. Unfortunately for her, there was a thief on the other end of that email who was about to reel Turner into an expensive mystery shopper scam. And the only person about to make some extra cash was that predator.

Now Turner is hoping that the Elliott Advocacy team can help retrieve the over $1,100 she lost during this fiasco. But how?

A surprise job offer from Walmart

Turner says that this scam began one morning when her fiance received a surprise job offer from Walmart to be a mystery shopper.

“I received an email from my fiance about secret shopping opportunities at Walmart,” Turner recalled. “After careful consideration, we both decided to become mystery shoppers.”

The couple applied for the positions and soon received texts of their acceptance as “customer support conducting agents.”

Of course, any unsolicited job offer that arrives via email or text should always be considered suspect.

But Turner says that Walmart’s unusual recruitment method didn’t set any alarm bells off for her.

“I had no indications that the offer was a scam or that it wasn’t coming from Walmart,” Turner recalled. “I was eager to get to the shopping part of the job.”

However, although her new title sounded official, after she got to work, things quickly took a strange turn.

What followed can only be described as complicated shenanigans designed to steal as much money from Turner and her fiance as possible.

First, a person known only as “Salvador” sent Turner a check for $2,450. His instructions said that she should deposit the money into her own bank account. As soon as the bank allowed, Salvador told her to withdraw the money.

“Salvador explained that my first mystery shopping assignment involved making two wire transfers at the local Walmart,” Turned remembered. “I would complete the transfer through Ria, the wire transfer company inside the store.”

The day after Turner deposited her check, her bank made most of the funds available. So she withdrew the money and headed to Walmart to make the wire transfers. Her fiance’s bank placed a 5-day hold on his check from Salvador. So he couldn’t immediately begin his strange mystery shopper duties.

And they especially love wire transfers done through services like Western Union and Ria — where both the sender and receiver can be almost anonymous. Once you send the money through such a service, it’s typically gone forever with no way to track it. It’s like handing an anonymous stranger cash.

But Turner was still under the impression that she was working as a mystery shopper for Walmart. She had no idea that she was about to send her own money to an anonymous scammer.

As Salvador instructed, Turner took her giant wad of cash down to the local Walmart and sent $1,800 to two complete strangers.

After she completed her two wire transfers, she contacted Salvador. He was pleased and said that he had more mystery shopper tasks for her. Next, she should buy $200 in iTunes cards.

Still at Walmart, Turner went to the gift card rack and bought the iTunes cards.

“Salvador then said he would send me the address of the charity that I should mail the cards to,” Turner recalled. “But first, I needed to scratch off the silver panels and take pictures of both numbers and send them to him.”

Of course, if you are a regular reader of this site, you know what happened next. You may have read about the man who tried to sell his Target gift cards on Craigslist. He also sent a photo of the numbers off the back of his card. That ended poorly for him when he discovered the scammer had quickly stolen his card’s entire value.

But Turner says that she didn’t see the red flags in any of this either. She didn’t know what exactly she was doing in her new job as a mystery shopper, but she pressed forward.

“I was unsure as to what I was truly doing,” she explained. “I was not familiar with these cards and had no idea you could use them remotely.”

Unfortunately, for Turner, the scammer was very familiar with how to steal gift cards — those numbers she sent were all he needed.

The bank: The check is bad — you’re involved in a scam

The bad news for Turner came early in the morning the very next day. She received an alert from her bank that her account was overdrawn. The bank had discovered that the check from Salvador was worthless.

In a panic, Turner contacted her bank and asked what they could do to retrieve her money. That’s when she learned that she would be responsible for covering the phony check and all overdraft fees.

She turned her anger not on the anonymous Salvador and his mystery shopping scam, but on her bank. She demanded to know why the bank had detected that there might have been something wrong with her fiance’s check, but she received no such warning.

FYI: If you’re a good customer, your bank assumes that any check you deposit is valid. As a courtesy, the bank will typically release the funds as soon as possible. Turner’s bank, PNC, explains how these funds become available:

…deposits of checks or money orders will be available on the first business day after the business day of your deposit for all purposes.

However, that doesn’t mean that the check has actually cleared. And if it doesn’t clear, the customer will still be on the hook for the value of the check. These terms also describe a variety of reasons why PNC would put a more extended hold on a check that a customer deposits. Most of these reasons have to do with the trust and track record the customer has developed with the bank.

Is it possible to stop the wire transfers?

Turner frantically tried to get back her money. She looked at the two wire transfer receipts and noticed that she could check the transfers’ status. One had already gone through, but the other one had not. Luckily she was able to reverse one of the transfers, for $900.

Unfortunately, when she checked the iTunes gift cards’ balance, she discovered the thief had drained them both. Turner could do nothing to retrieve that $200.

And there is no shortage of known scams that involve wire transfers. On that page, there was all the information Turner needed to understand the mystery shopper scam in which she was involved. It’s too bad that she didn’t read over this page before making any wire transfers:

The Mystery Shopper Scam
Lucky you! You just landed a new gig as a mystery shopper and have been assigned your first task. All you need to do evaluate the customer service of a local retail store. Sounds easy enough, right? There is just one catch. You were sent a check or money order with instructions to deposit it, yet you find out the amount is more than it should be. So, now you need to send money back to the sender. Sounds a little fishy, but you don’t think too much of it. Yet, as soon as you send your transaction, you learn that the original check was counterfeit and now you can’t get back the money you just sent. So now you’re out for both amounts.

Are there real mystery shopper jobs to be had?

If this type of job sounds intriguing to you, the place to start your legitimate mystery shopper job search is The Mystery Shoppers Professional Association. You won’t find any promises of high paying assignments there, but you just might find some fun opportunities to make a few bucks and try out some free products.

How to avoid falling into a shopping scam

Unfortunately, we can’t help Turner recoup her money. This case is a matter for her bank, the police department and possibly the FBI to investigate. But her story is a cautionary one for others who may not be aware of the mystery shopping scam. Here are some things to keep in mind so you’ll avoid falling victim to a shopping scam.