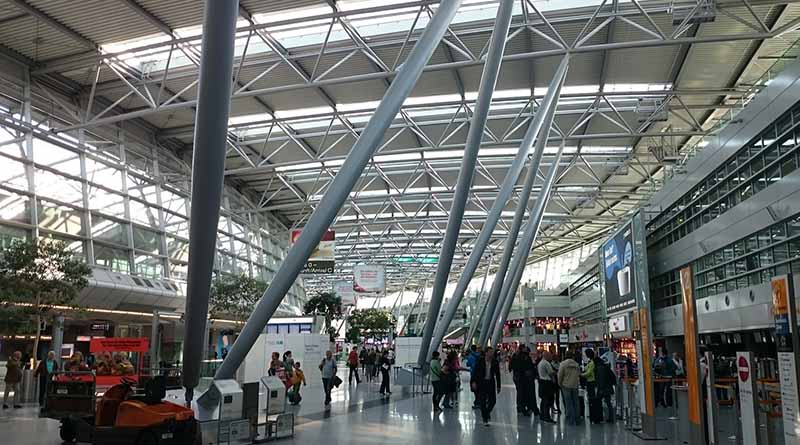 Did you hear about the guy who tried to spirit a .40 caliber rifle past Transportation Security Administration (TSA) agents in Baltimore? He blamed his mother for packing the weapon in his carry-on bag. True story.

Then again, maybe he was one of the thousands of air travelers defying the TSA by smuggling a weapon on board. After all, it was also the 26th firearm confiscated at BWI this year. Kinda makes you wonder how much the TSA security fails to detect, doesn’t it?

If you’re worried about how much the TSA screeners miss, there’s a new survey that puts the issue into troubling perspective. The research, conducted by Stratos Jet Charters, found that a shocking 88% of passengers smuggled prohibited items onto domestic flights. Among the most popular items: marijuana, alcohol and unauthorized weapons like the .40 caliber rifle Mom packed.

“One of the biggest surprises in our survey revealed that 15.2 percent of men and 8.5 percent of women admitted to bringing weapons or ammunition on board a plane,” says Stratos spokeswoman Stephanie Buzano. “Having the small Swiss Army knife that you use to clean your nails is a minor infraction; however, possessing a firearm, ammunition, or long knife is an entirely different matter.”

Here’s a full list of prohibited items, in case you’re not sure.

The TSA, created after 9/11 to protect America’s transportation systems, is mostly focused on airport security. It has a long record of failing security audits. Travelers admit to regularly testing the TSA’s resolve. But the real problem, the research suggests, is that more and more passengers think they can get away with it. All of which makes you ask: Who else thinks a plane would make an easy target?

When it comes to airport security, TSA screeners miss a lot of contraband. Back in 2015, internal tests showed TSA employees missed an eye-popping 95% of prohibited items, which led to the “reassignment” of the agency’s head. It’s unclear if those tests have been repeated, and if so, whether the agency now catches more contraband. But what is clear is that the Stratos Jets numbers are comparable.

It also suggests that air travelers know that the likelihood that they’ll get caught with a prohibited item is so low that they’re willing to take a chance. But mostly, air travelers find the TSA’s porous security unsettling. I spoke with several air travelers who admitted to inadvertently packing illegal items. Discovering them later led to a disturbing realization about the TSA’s capabilities.

Corey Law accidentally packed a wine opener, with a corkscrew and a sharp blade, on a flight from Charleston, S.C., to New York. Screeners found it on the return flight.

“I was extremely embarrassed since I had completely forgotten about it – but then I realized that I had made it through completely unchecked out of JFK,” says Law, who works at a communications company in New York. “It definitely made me nervous about how stringent the TSA is.”

Michelle Ligon, who works for a tourism agency in Boone, N.C., accidentally packed a pocket knife on a flight from Charlotte to Fort Myers, Fla. The screeners never found it in her hand luggage.

“Needless to say, I’m not a fan of TSA, nor do I have much confidence in their ability to keep travelers safe,” she says.

Chris Moreno, a retired flight attendant from Lakewood, Colo., echoes her sentiments. Moreno has packed contraband in the past, too, and the TSA didn’t find it.

“I have loads of stories,” she says. “But once I had visited my mother-in-law and took her a pear to eat. I also took a knife to cut it up with. After sharing it, I put the 4-inch, sharp knife back in my purse and never took it out.”

She commuted between Washington and Chicago with the knife in her bag for weeks. The TSA never discovered the blade.

Bottom line: TSA’s vaunted 20 layers of airport security are missing a layer or two if these numbers are to be believed. But a closer look at what people do suggests several even more disturbing trends just as the holiday travel season begins.

A closer look at the Stratos Jets research reveals how inept air travelers think the TSA is, despite the agency’s many social media trophies. Consider what happens when screeners discover a firearm. It triggers a loud alarm, and TSA calls airport police. TSA does not have the power to arrest passengers but hands them over to law enforcement for questioning. Travelers may face state or local charges, and the TSA can also levy civil penalties up to $13,000.

Unauthorized prescription drugs rank high on the list, too, with 25% of men and 19% of women admitting to smuggling medical contraband on the plane.

While TSA allows passengers to bring alcoholic beverages of between 24 to 70 percent alcohol content in carry-on baggage as long as it’s in mini-bottles, the bigger bottles and the ones containing stronger drink are a no-no. But 12% of men and 8% of women admitted to packing it anyway.

Why are passengers playing TSA Roulette with airport security?

But why are passengers playing a dangerous and potentially expensive game of TSA Roulette?

When asked why they packed these illegal items, more than one-third said they “just wanted to have it” on the trip. Apparently, they know TSA screeners miss a lot. The pollsters didn’t ask about items packed accidentally, but if they had, it probably would have ranked in the top tier. In most of the TSA cases I handle as a consumer advocate, passengers pack forbidden items without realizing they’re not allowed.

I admit it’s happened to me. I’ve accidentally packed a knife, corkscrew, toothpaste, and shampoo on flights. Often, they’ve made it through.

It’s easy to get confused by the TSA’s long list of banned items. They include liquids and gels as well as a long list of oddities like insecticide. To date, no aircraft has been bombed using shampoo or bug spray, a fact well known to most air travelers. So it’s likely they’ll defy the ban — or just not know about it.

But the Stratos Jets survey, which comes just a few weeks before the start of the Thanksgiving travel season, seems to underscore a widespread fear among travelers. Airport security is notoriously lax, and air travelers have always packed illegal stuff by accident. TSA screeners miss a lot. Now passengers are openly — and successfully — defying the rules.

Maybe it’s just a matter of time before travelers with darker motives do the same thing, with devastating results.

And if you want to make sure that you aren’t one of the passengers pushing the security limits, check out Michelle Couch-Friedman’s article (What can you bring on the plane? Here’s how to find out).