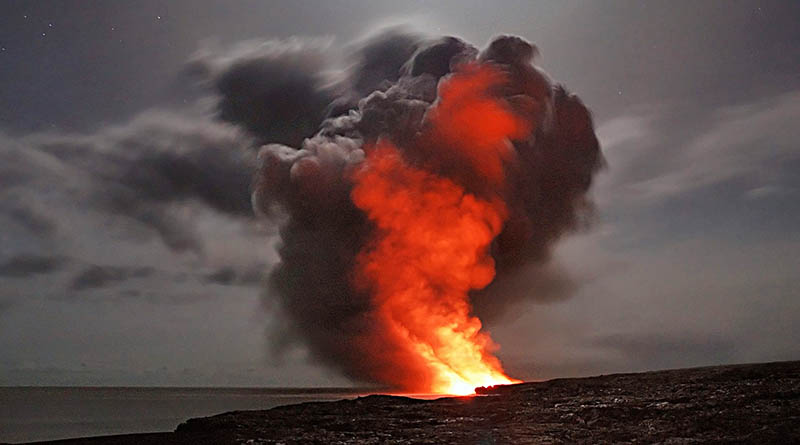 Worried that your trip to Hawaii will come to an explosive climax after hot lava engulfs your oceanside rental? That’s just one of the irrational travel fears spreading faster than a Puna brush fire as the summer vacation season starts.

Travel safety is always an important topic, but never more than now. So is separating unfounded worries from rational ones. It turns out Hawaii is still a stunningly beautiful and safe place to visit. Many travelers are sticking to their plans, including me.

Hawaii’s Big Island is open for tourism, according to residents and officials. True, Kilauea has consumed more than 50 homes in the Leilani Estates subdivision, and thousands of residents have evacuated the area. But the fireworks are happening far away from the tourist hotspots.

For a local perspective on Kilauea, I turned to Richard Sullivan, author of several guidebooks on Hawaii. He lives 7 miles from the volcanic eruption and says he has zero concerns about his safety.

“The eruption is very localized to the Puna area of the island where very few tourists venture,” he says. “Each evening I go out to my yard with a glass of wine to safely watch the distant show.”

Bill Baker has plans to visit the Big Island with his family in mid-June. He has rented a home near Kona, and although he’s carefully monitoring the U.S. Geological Survey reports, he has “never had a single moment of hesitation” about going.

“Mauna Loa stands between us and the activity and, on a straight line, about 80 miles separate us from anything serious,” says Baker, a marketing manager for a minor league baseball team in Geneva, Ill.

How big is the Big Island?

For now, just about the only visitors who should rethink their plans are those with respiratory problems, according to Ben Edwards, a volcano expert and professor of Earth sciences at Dickinson College.

“They need to keep track of sulfur dioxide levels around the island in case there are days where the air quality diminishes,” he says. Inexpensive face masks won’t help, because they don’t protect against sulfur dioxide or other noxious gases emitted by Kilauea.

At the moment, the only people panicking with good cause are in Hawaii’s tourism industry. There are reports of widespread cancellations, no doubt from people seeing those incredible images of a mountainside aglow with hot lava. Maybe this is the perfect time to listen to your inner contrarian. It’s low season in Hawaii, and the deals are likely to be even better, thanks to the misunderstood anger of Madame Pele, the volcano goddess.

What other travel safety concerns worry you?

And there’s plenty to fret about, from a forecast busier-than-average hurricane season to unpredictable natural disasters such as tornadoes and wildfires. You have to take those into account when you plan your trip, experts say.

“You should always research your destination before you go,” says Bethany Torvell, editor of Safe Travels Magazine. “That way, you know what the potential risks are.”

But let’s face it, most of the recent natural disasters can’t be predicted. That includes subtropical storm Alberto, which struck the Florida panhandle outside of the traditional hurricane season last week. Perhaps the best advice is to expect the unexpected this summer — and to consider a good travel insurance policy.

Your coverage will work as long as your common sense does, too. “If you ignore the advice of authorities regarding road closures or evacuations or if you ignore restricted zones to go get a closer look, you won’t be covered by travel insurance,” warns Phil Sylvester, a spokesman for World Nomads, a travel insurance company based in Sydney.

So are you still going?

None of that is putting a damper on some people’s summer travel plans to Hawaii. Louise Sattler, an education consultant from San Pedro, Calif., says her girls’ getaway with her mother and daughter is still on. “I am not afraid of the volcano interfering,” she says.

Julianne Pangal, who works for a technology company in Victor, N.Y., is equally defiant. She’s taking her whole family to Hawaii this fall. “I have been closely monitoring the news,” she says. “I’m not going to cancel my trip.”

In fact, I’m so convinced that Hawaii is safe, I’m planning a trip there this fall, too. I’ll probably rent a place in Hilo for the month. I’ll let you know how that goes.

What you need to know about visiting Hawaii

• The national park is closed. For now, most of Volcanoes National Park on the Big Island is closed. “Sightseeing to the affected part of the island will be limited,” says Stephen McGillivray, chief marketing officer of Travel Leaders Group, a North American travel agency. Even so, his agents are advising clients to keep their plans. Although the park is beautiful, there’s plenty to do on the Big Island.

• Flights are operating normally. For example, Hawaiian Airlines flights to and from the Big Island are unaffected by the eruption, even though Hilo International Airport is only a few miles away from the event. “All islands remain safe for travel as the lava activity remains confined to a relatively small area in Lower Puna on the east side of the island,” says Alex Da Silva, a spokesman for the airline.

• Tourism officials are keeping a close eye on the situation. “Hawaii’s air quality is being closely monitored on a continuing basis by scientists, meteorologists and the Hawaii State Department of Health,” Hawaii Gov. David Ige said in a prepared statement. But the situation can change quickly. For the latest updates, check out the active alerts page from the Hawaii Civil Defense at hawaiicounty.gov.