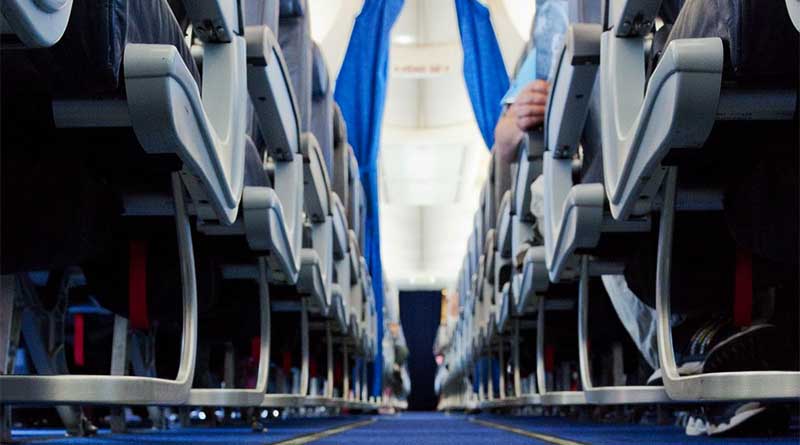 With good reason. At 6-feet-10, the former NBA player has to squeeze himself into economy class seats, which isn’t always possible.

On a recent flight from Phoenix to London, he wedged himself into the seat for takeoff and landing. “The rest of the time, I had to sit in the jump seat in the back of the plane,” he remembers. The jump seats, usually located in the forward and rear of the aircraft, are normally used by flight attendants and have ample legroom because there are no seats in front of them.

“The seats weren’t always this small,” remembers Fox, who began playing professional basketball in 1967, a full decade before airline deregulation.

He’s right. The average seat pitch, a rough measure of legroom, has shrunk from 35 inches when Fox started flying in the late 1960s to about 31 inches today. While some of the reductions are partially the result of new seat technologies that allow for thinner seats, the amount of personal room has also dwindled dramatically.

In a world of disappearing space on aircraft, tall passengers are coping by avoiding air travel, paying more for their seats or honing their negotiation skills. But a long-term solution may need to involve thoughtful government oversight or at least a joint effort by the airline industry to help its tall passengers.

Rarely does an airline announce it will pull the seats closer together. Instead, it touts an “improvement.” For example, British Airways announced earlier this year that it would lock some of its economy class seats in place in 2018 to compete with discount carriers and keep fares low. That also removed the ability of taller passengers to carve out a little more personal space for their knees. JetBlue Airways, which has the most legroom in economy class among the major domestic airlines, announced an overhaul of its cabins last year that, by the way, would reduce its legroom by two inches, to just 32 inches.

Ed Harrison, a technology marketing executive from Boston, stands 6-foot-6, and his approach can be summed up in just a few words: “I hate airline travel with a passion.”

Economy Plus seating can save the day

Danny Genung, who is the same height as Harrison, can’t skip air travel. That’s because he’s a travel agent for a Travel Leaders Group-affiliated agency in Redlands, Calif., and must fly overseas several times a year for business. He’s grateful for the “Economy Plus” sections, which offer only slightly less legroom — roughly 35 inches of seat pitch — than standard economy seats did before airline deregulation. “Many people complained when airlines started selling these seats,” he says. “But I thought I won the lottery.”

Problem is, getting into those seats isn’t always possible. At Thai Airways, for example, premium economy class bookings account for 37 percent of U.S. reservations. Thai may be an outlier, since it doesn’t have a reputation for scrunching passengers into its economy class seats. On some long-haul flights, it offers a generous 34 inches of seat pitch. All of which makes that percentage remarkable. More than one-third of its passengers still try to upgrade to better seats.

On domestic flights, it’s not just the premium economy class seats that are full, but also the previously non-premium seats preferred by tall passengers, such as seats in exit rows and bulkhead rows. Tall passengers say they have resorted to negotiating for more room when buying it isn’t possible.

“Exit rows used to be free and easy to get, but more and more airlines now seem to categorize exit rows as ‘premium’ seats that require additional payments,” recalls John Kelley, the CEO of a Boston technology company, and who at 6-feet-3 doesn’t quite fit into a standard economy class seat. So he tries to talk his way into one.

“I always approach gate agents and kindly ask if there’s an opportunity to be seated in an exit row,” he says. In one out of every four attempts, he says, the ticket agent will look up at him and say, “Okay.”

The struggles of tall passengers raise interesting questions. Do they deserve special protections when they fly? Tallness isn’t considered a disability under federal law, so airlines aren’t required to offer special accommodations to these large passengers. If they do, however, then what about the wider passengers who can’t fit into standard economy class seats? That discussion opens a Pandora’s box and threatens to make air travel, America’s most class-conscious experience, even more segregated.

Sympathy from a tall guy

As a tall guy, I’m sympathetic to these passengers. I’ve experienced the indignities of flying while tall: bruised knees from bumping up against the seat in front of me; having my legs run over by a meal cart; bumping my head against the too-low overhead compartment. And then hearing airlines and their defenders claiming I “asked” for this torture because I wanted a low fare. At least the airlines generously offer a roomier business-class seat for a few thousand dollars more.

But Fox, the former NBA player, says enough is enough. “I never asked for a smaller seat,” he says. “I don’t think paying a lower fare means you’re asking for a small seat. That makes no sense.” He suggests airlines need to establish better internal rules for dealing with big guys like him. If airlines continue to move their seats closer together, “They have to have some policy in place for the tall passengers.”

Until then, there’s always the harsh glare of negative publicity. Consider what happened last year when American Airlines announced it would reduce the seat pitch from 30 inches to a bone-crushing 29 inches on three rows in its new Boeing 737 Max planes to fit 170 seats on the aircraft. It reversed course after passengers complained.