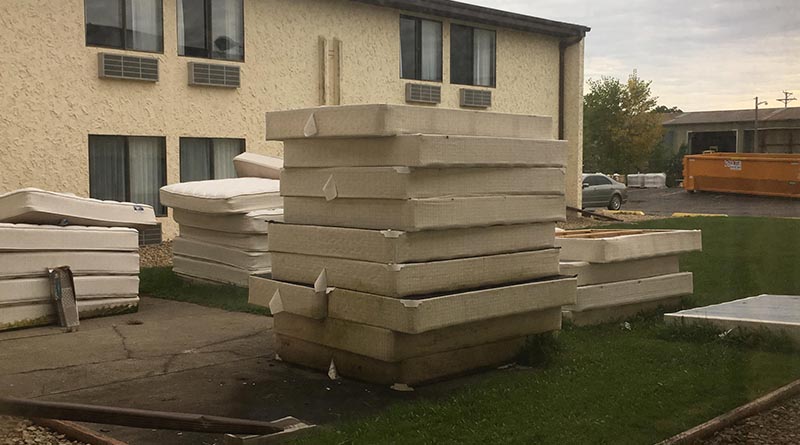 Wendy Rutkowski stayed in a terrible hotel, and she wants a full refund. But can you get your money back when you accidentally booked a room at the No-Tell Motel?

For Rutkowski, the No-Tell was a Howard Johnson’s in Wisconsin. Her stay there was so terrible that she asked AARP, through which she’d booked the property, for a refund. AARP quickly offered a $200 voucher, but when the coupon didn’t work, she turned to my advocacy team for assistance.

Her case is a reminder that there’s a right way and a wrong way to handle a hotel problem. But it’s also a reassuring story because it underscores the fact that it’s never too late to get compensation — or a refund.

A complaint about a terrible hotel, and a swift resolution — or was it?

Rutkowski paid $460 for a week at the Howard Johnson’s. It was, to put it mildly, an ordeal.

“The room got cleaned only once,” she says. “There was construction noise. There was a moldy mattress. And there were nails on the floor. Also, the room smelled.”

Also, she says the employees were noisy, knocking on her door in the early morning and banging on a vending machine late at night.

It sounds like Howard Johnson’s was undergoing a much-needed remodeling during her stay. Many of the problems she encountered could have been addressed on-site, but she stayed in the property for the full week.

Following her stay, she complained to AARP, through which she’d booked the room, and a representative promptly agreed to offer a $200 goodwill voucher. Expedia powers AARP’s booking engine, so technically Expedia gave her the voucher.

“When I tried to use the voucher through Expedia, the hotels I picked would not accept it,” she says. “Come to find out, the coupon could only be used at a few hotels, which were not satisfactory to us. I contacted Expedia again, to try to get them to push this coupon through for one of the hotels we picked. No luck.”

And that’s how we got the case.

So can you stay in a terrible hotel and then get a refund?

Our advocacy team has dealt with cases like Rutkowski’s many times. Someone stays in a hotel and has such a terrible experience that they want a full refund. Is that even possible?

It all depends on the circumstances — and the timing of the request.

In Rutkowski’s case, she stayed at the Howard Johnson’s for the full seven nights she booked. There’s no written evidence that she tried to resolve any of the problems on site, which makes this difficult case even more difficult.

Here are the steps to a refund:

If Rutkowski had followed these steps, I don’t think I’d have a story to write.

Chasing a refund for this awful hotel

After Rutkowski’s voucher failed, she tried to appeal to her credit card company. But it turned down her dispute, saying she had already stayed in the hotel and had paid for it a long time ago. None of her contacts at Expedia or AARP would help her use the $200 voucher, which is when she turned to my advocacy team. After reaching out to the Elliott Advocacy team, our advocate Dwayne Coward contacted Expedia on her behalf. Here’s how it responded:

After hearing of our customer’s experience, we contacted the property and advocated on their behalf on more than one occasion.

The property declined a refund. However, Expedia has gone ahead and provided the customer with a full refund requested in the amount of $461.68.

We are also taking steps to look into the condition of this hotel and it should be temporarily unavailable on our site until we complete our research. The customer also received a $200 voucher to use for an upcoming booking as a gesture of goodwill for their inconvenience.

Our customers are our first priority and we will always advocate for them with our partners and do everything we can when they encounter a less than satisfactory experience.

Rutkowski is pleased with that resolution, and so is my team.

There’s plenty of blame to go around. Expedia shouldn’t have issued an unusable voucher, Rutkowski should have been more proactive in trying to get the problems fixed while she was still at the hotel. And Howard Johnson’s — oh, Howard Johnson’s, where do I even start? This is no way to run a hotel.