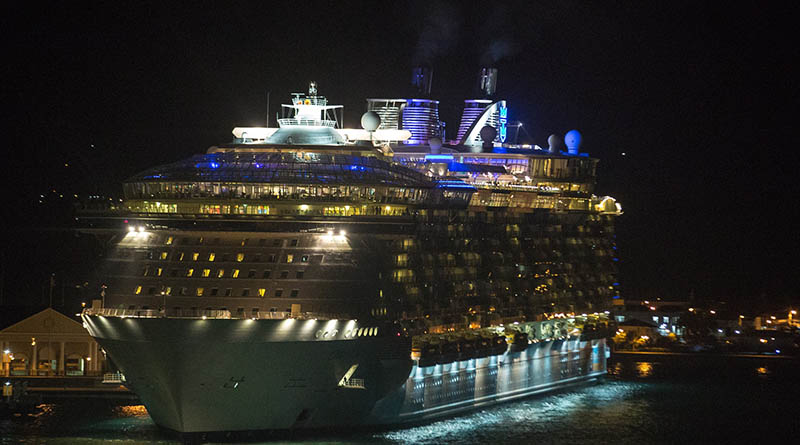 Royal Caribbean drops Patricia Early and her husband off at Prince Edward Island after a medical scare, promising to cover their hotel bill. Why hasn’t it?

My husband had a possible transient ischemic attack — better known as a mini-stroke — while we were passengers on Royal Caribbean’s 13-night Vision of the Seas fall foliage tour last year. The cruise, which left from Cape Liberty, New Jersey, ended in Québec City, Québec.

He had his symptoms while we were docked in Charlottetown, Prince Edward Island, the final stop before Québec City. The cruise line called an ambulance and sent him to the hospital. His symptoms subsided at the hospital and he was discharged, but we missed the boat.

A Royal Caribbean representative made arrangements for us to fly to Québec City. She said our insurance would pay for our hotel while in Charlottetown.

I sent the invoice when we arrived home, and since then have sent approximately 12 follow-up emails to her. She has repeatedly promised to pay for the hotel, but I’ve received no reimbursement so far.

Can you help me get the $157 refunded for our hotel? — Patricia Early, Bayfield, Colo.

I’m so relieved for you that your husband is OK. A stroke is a serious thing, and the medical staff on board the Vision of the Seas was correct to send you to the nearest hospital.

You purchased Royal Caribbean’s optional Travel Protection, which, among other things, reimburses you for medical expenses as well as emergency transportation by air or land. Good move. If you didn’t have insurance, you would have had to find your own way back to Québec City.

A little advice: You might want to limit your follow-up emails to less than 12 next time. One or two is fine, but then bring out the big guns. I publish the Royal Caribbean executive contacts on my consumer advocacy site. Don’t mess around with the reps. They’re just going to repeat their scripted answers.

I contacted Royal Caribbean on your behalf, and it refunded the $157 it promised you. I hope your next cruise is free of drama and unwanted stops.