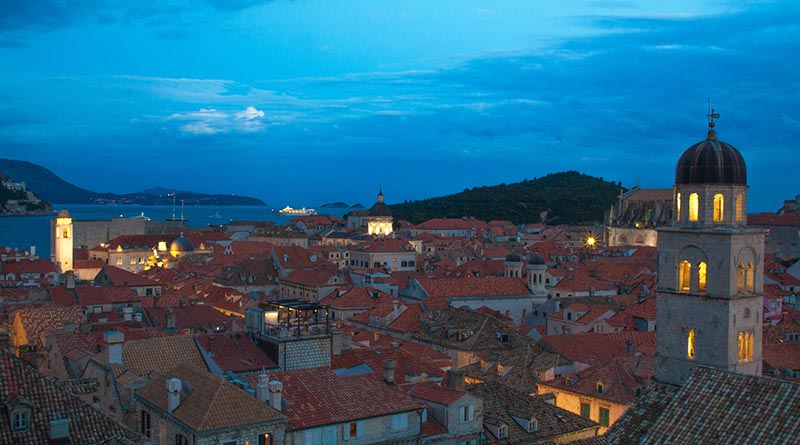 How much is a flight schedule change worth? If you said $440, then maybe you’re familiar with Dineen and Ray Ebert’s case against Affordable Travel, a travel agency they recently used to book flights from Venice, Italy, to Dubrovnik, Croatia.

As is so often the case, the airline changed its flight schedule, with a new flight departing 90 minutes earlier. Although Affordable Travel had nothing to do with the change, it offered to help the Eberts with $200 each in compensation, plus reimbursement for their seat selection fees.

And that’s where one of the stranger cases of the new year starts: with the Eberts pushing back, ignoring our rules for a successful resolution, and then roping us into their problem. Make no mistake, my advocacy team allowed itself to be roped, but only to get answers in this odd flight schedule change case.

A flight schedule change to Croatia, but no compensation

At issue was a leg of the Eberts’ journey from Venice to Dubrovnik via Rome on Alitalia.

“Four days before international departure, we found out our agent had booked us on a different flight,” said Dineen Ebert, “Not the flight we agreed on and paid for.”

Ebert called Affordable Tours by phone to complain. A representative offered a generous solution: a $100 “bonus.” Ebert pushed back, saying it wasn’t enough, and eventually, the company raised the bonus to $200 per passenger.

“The following day, a customer service manager called and magically was able to obtain desirable flight times,” she says. “She also said Affordable Tours would pay for baggage fees or preferred seating. We chose preferred seating.”

In Ebert’s view, Affordable Tours was on the hook for $440, having promised $200 per passenger in bonuses and an additional $40 to cover their seat assignments.

But that’s not how Affordable Tours saw it.

Did this travel agency fall short in this flight schedule change?

Affordable Tours agreed to refund the Eberts for the seat selection fees but claimed the “bonus” would have only applied if they’d failed to find an acceptable flight.

In a lengthy email to our advocate, Dwayne Coward, an Affordable Tours representative explained that the agency had paid an extra $650 of its own money to purchase a later flight for the couple.

According to the representative:

As a result, we offered a goodwill gesture of $100 per person as a cash bonus, which she rejected and insisted we increase to $200 per person since she would have to depart an hour earlier than she had planned for.

However, the agency later secured a flight that the Eberts found acceptable.

In other words, the Eberts forfeited her “bonus” when Affordable Tours found her an acceptable flight.

And here’s where things take a turn

Ebert did not like the travel agency’s final offer. She believes the agency had booked her on”the wrong flight, and avoided admitting their error by sending her an itinerary and hoping she wouldn’t notice their mistake. To her, this seemed like a scam — an unscrupulous travel adviser pushing a substandard product — in this case, an early morning flight she didn’t want — to make a few extra dollars.

Ebert threatened to report the agency to the Better Business Bureau and to “malign” the company on social media if it didn’t cough up the $440 it promised.

But that’s not how it works. Alitalia changed its schedule, not Affordable Tours. When the Eberts checked their schedules online, they held the wrong party responsible for the schedule change. The agency tried to fix the problem in a somewhat unorthodox way: by offering the couple money for their trouble. And $200 for 90 minutes of extra sleep is a great deal. I could quit my day job if someone valued my sleep time like that.

The $200 per person offer was contingent on Affordable Tours not finding a more acceptable flight. The agency says it discussed the new flight option with the Eberts and that they agreed to the new tickets.

“Mrs. Ebert has threatened to file a claim with the Better Business Bureau and to malign us on social media,” said an Affordable Tours representative. “But she has not done so yet, likely because she knows what we did for her was more than fair. It would not be reasonable to offer $400 in addition to the $650 we paid as a goodwill gesture, considering the original issue was only an early flight time with which she was not pleased.”

Ebert disagrees. She says Affordable Tours misled her twice — once about her original flight times and again when it offered her compensation.

“The customer support manager misled me as we agreed to a bonus in response to the mishandling of our reservation,” she says. “When at the last minute they corrected their mistake. They never explained to me that I had the option of either a bonus or rebooked tickets. Affordable Tours never mentioned the $650 it had to pay when they rebooked the tickets.”

I’ll let the commenters dissect this case, but I should note that threatening to take a case to social media is not following the Elliott method.

So what are your rights when an airline reschedules your flight?

Passengers with a schedule change on a European flight don’t have a lot of rights. Under Article X of Alitalia’s conditions of carriage, the legal agreement between passengers and the airline, the airline notes, “The times indicated on Carrier’s official timetables may be changed between the date of publication of the timetable itself and the date of beginning of travel. The Carrier does not guarantee the exactness of such times and, therefore, they do not form part of the Contract.”

Some domestic carriers will allow a full refund if a schedule change creates a lengthy delay, but you have to review the contract carefully. Usually, airlines change their schedules and expect little or no repercussions from their passengers. In fact, passengers like the Eberts sometimes blame their travel agents for the schedule change.

This flight schedule change case raises an interesting question: Should agents be held responsible for flight times in any way? Should Affordable Tours have sent the Eberts a notification when Alitalia changed the schedule by 90 minutes? If they didn’t, should they be on the hook for a “bonus”?

In the end, the Eberts received a check for $25 each — far less than they expected.