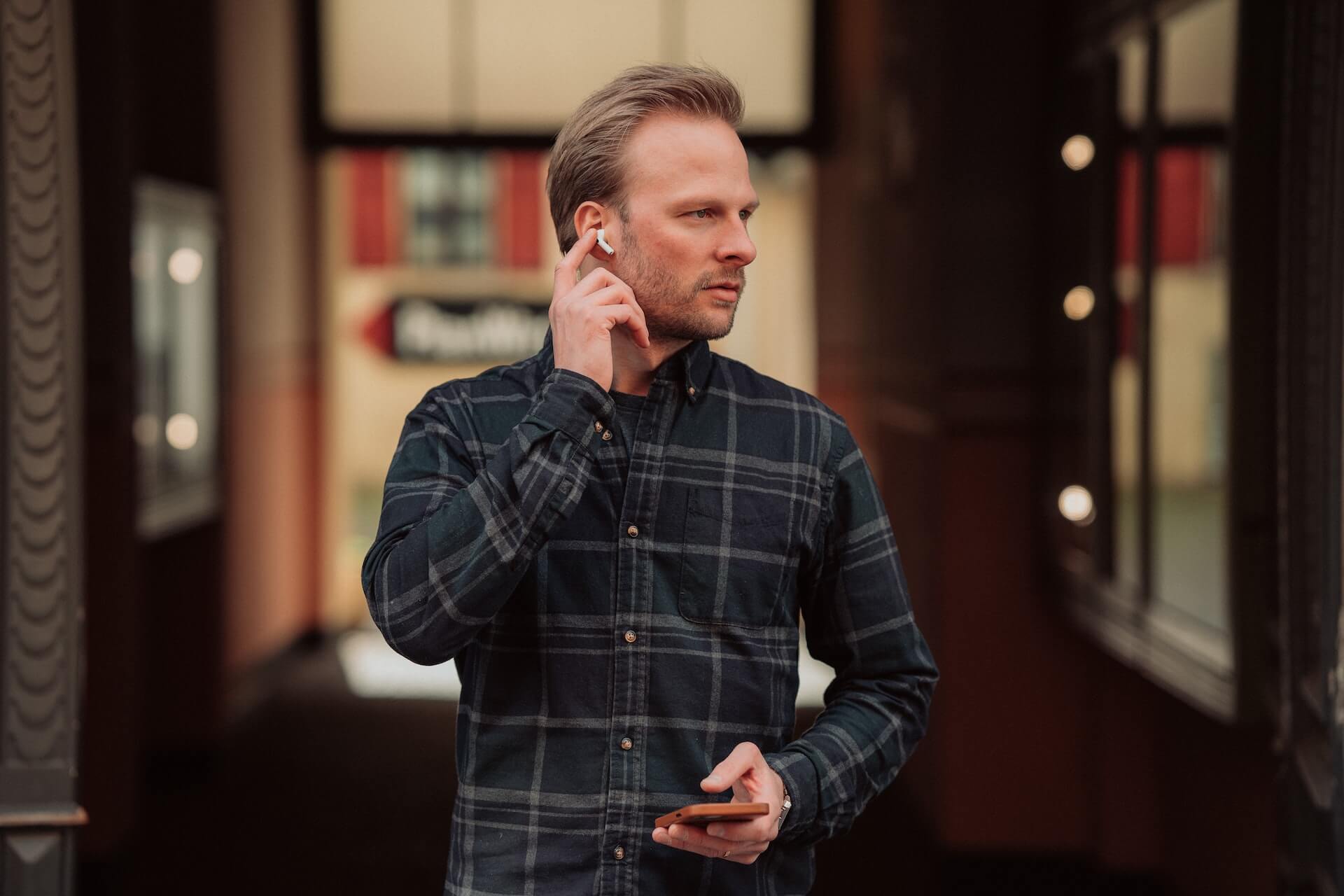 When Nancy Allen lost her Apple AirPods on an American Airlines flight from London to Chicago, she thought they were gone forever.

Allen didn’t discover that the $169 earbuds were missing until the day after she landed, by which time it seemed too late.

But it wasn’t too late.

Apple’s latest earbuds have a new advanced feature that allows you to track your devices even if they’re outside your phone’s Bluetooth range. Apple introduced the new feature in October, around the time of her flight.

And sure enough, there they were, in the airport terminal.

Allen was thrilled that she could recover her AirPods. But her excitement soon turned to disappointment when American Airlines failed to help her find her lost items — even though it had their precise location. The AirPods then went on an almost unbelievable adventure of their own.

Allen’s only wish was to be reunited with her AirPods by Christmas. Could American Airlines help her?

“Please respond and help me recover my property”

Allen had flown from London to Chicago in October. She paid for an upgrade to business class.

“On that flight, I took my AirPods and they either fell out of my purse or were left in the console,” she explained in a letter to American Airlines. “I did not learn they were missing until the following day when I alerted American Airlines Lost and Found in O’Hare. I left a message and was told to expect a response.”

She never got a response.

“A few days later, after not getting a call back, I used “Find my Device” and saw they were in Terminal 3,” she explains. “I assumed they were in Lost and Found, so I called and left another message. No response.”

Undeterred, Allen also filled out a lost and found form on the American Airlines site, but the airline didn’t respond to it, either.

But things were about to take a strange turn.

Allen started to check on her AirPods regularly. And she discovered the devices were on the move.

Every day, they would commute between O’Hare and Chicago’s West Ridge neighborhood.

“I have been following my AirPods go back and forth to the American Airlines terminal for several weeks,” she said. “During that time, I have tried to let someone at American Airlines know. I call the Platinum Pro desk. The gentleman who answered could not give me a person but said he had another number for Lost and Found. Unfortunately, it was for the TSA Lost and Found.”

Allen also called the police at O’Hare and an officer suggested that she file a report. But she wanted to give American Airlines an opportunity to handle the problem before getting the police involved.

“I am particularly annoyed that no one has returned my calls nor my emails despite being told to expect that. It’s like the refrain ‘Your call is very important to us’ after waiting for 30 or more minutes,” she says.

What happened to the AirPods?

Allen knows the location of the AirPods. And she thinks she knows who has them.

“Some American Airlines employee is using them as he or she travels to and from work,” she says. “I believe the protocol is to turn in any items found on a plane to Lost and Found.  I have called Lost and Found five times, and I am still waiting for a response.”

American Airlines does not explicitly promise it will return lost property, although it has a page on its website that allows passengers to register lost property.

Allen’s case raises a bigger question for travelers: Does an airline have to return your lost property?

Generally, yes. In the United States, under common law, an air carrier is often required to turn over lost property to a government official. If the property remains unclaimed, it goes to the finder.

How about in Chicago? Under the Illinois Revised Uniform Unclaimed Property Act, it would appear that the airline had an obligation to report the missing property. But common sense also tells you that the airline needed to reunite Allen with her missing AirPods.

Passengers usually think of American Airlines’ lost property rules in the context of missing luggage. Those rules are set by the Department of Transportation domestically and by the Montreal Convention internationally. I cover that in my free guide to lost luggage.

Allen’s case was troubling on several levels. Not only had she gone through every customer service channel to try to resolve this, but she’s also a high-value customer. She was an elite-level frequent flier and had paid for a business-class ticket. It doesn’t get any more VIP than that. And American Airlines is ghosting her?

And that’s when she contacted me for help.

We are entering a new era of lost property

Lost property is no longer inevitable when you fly. Smart travelers have started using AirTags and other devices to track their luggage. But the ability to track even tiny electronic devices like AirPods takes this to a whole new level.

But this summer, when airlines lost tens of thousands of bags, we saw some customers fighting back by helping airlines find their AirTagged luggage. Allen’s case suggests that’s just the beginning. Now you can track even the smallest electronics.

A few months ago, an airline employee could have safely kept your AirPods. But now, the latest AirPods (AirPods Pro and AirPods Max) send Bluetooth transmissions that communicate with nearby Apple devices. Those devices collect the information about the location of your lost Apple earbuds and share it with Apple, which updates the location on iCloud.

You’ll now be able to see the location using iCloud.com or the Find My app. And in order for this to work seamlessly, you’ll have to activate Lost Mode. So an airline employee who decides to keep your AirPods will have a much harder time getting away with it.

“We have recovered your AirPods”

Allen had tried to work through the system, contacting various departments at American Airlines and sharing the location of her AirPods. I understand her reluctance to go to the police — a small item like this would likely not get any priority.

So I  contacted American Airlines on Allen’s behalf.

Within a few days, a member of American’s corporate security had reached out to Allen.

“I am working on trying to locate your AirPods,” he said. “I am in need of recent information on the locations of the AirPods.”

Allen looked up the location of her earbuds again and saw something she couldn’t believe. The AirPods had been separated.

“The person may have given an AirPod to a friend or partner,” she speculated.

Allen helped American Airlines corporate security with an address. And that’s all they needed.

A few days later, she received the good news:

“We have recovered your AirPods. The vendor employee has been terminated by their employer — was contracted by AA. Please let me know how you would like the AirPods returned.”

Allen sent American Airlines her address and the AirPods are on their way.

But it’s better to avoid this in the first place. Always double-check your airline seat before you leave — especially a business class seat, which has a lot of nooks and crannies. Earbuds are so easy to lose. But thanks to our friends at Apple, they’re also a little easier to find.

Christopher Elliott is the founder of Elliott Advocacy, a 501(c)(3) nonprofit organization that empowers consumers to solve their problems and helps those who can't. He's the author of numerous books on consumer advocacy and writes weekly columns for King Features Syndicate, USA Today, Forbes and the Washington Post. He also publishes Elliott Confidential, a critically acclaimed newsletter about customer service. If you have a consumer problem you can't solve, contact him directly through his advocacy website. You can also follow him on Twitter, Facebook, and LinkedIn, or sign up for his daily newsletter. Read more of Christopher's articles here.
103453