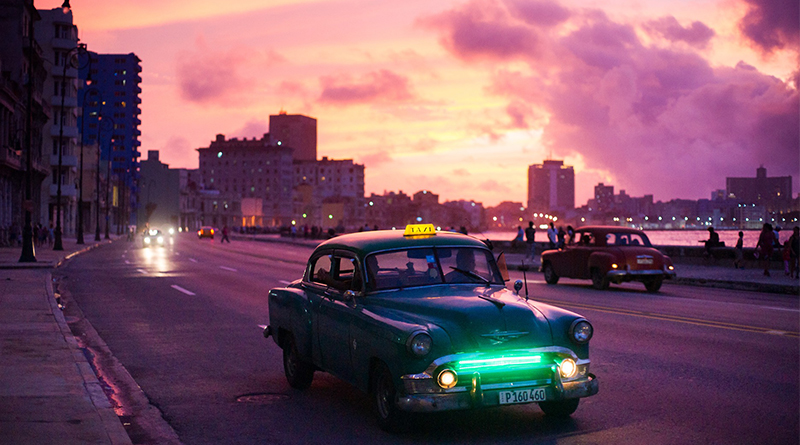 Richard Peterson decides to gift his wife with a surprise anniversary cruise to celebrate their 40th wedding anniversary.  Unfortunately, he books a Holland America Cuban Explorer cruise but fails to check the itinerary or the cancellation terms. So when his wife rejects this gift, he is in a bit of a bind. Can he get a refund?

I booked a surprise anniversary cruise in August 2017 on Holland America Lines (HAL) so my wife and I could celebrate our 40th wedding anniversary. We would be traveling in December 2018. She has always wanted to visit Cuba, so I booked the 11-Day Cuban Explorer.

I told my wife of our plans the day after I booked the cruise and paid the deposit. She looked online at the itinerary and realized the ship spends less than one full day in Cuba; even though it is listed as the 11-Day Cuban Explorer. All other cruise days are in the Caribbean. My wife does not want a Caribbean cruise.

I contacted Holland America the very next business day, after the Labor Day weekend and we requested a refund of our deposit – $600. It was only then that I was notified that the deposit was non-refundable. I contested the listing as false advertising. HAL refuses to refund me.

I am out $600 for a deposit made 18 months before a cruise. I work very hard for $600, and truly hate to see it thrown away. Holland America customer service is very difficult to deal with and are sticking with the deposit is non-refundable. If this was truly a Cuban cruise and not a Caribbean cruise, we would take it. I need an advocate and hope you can assist. Richard Peterson, Lutherville, Md.

How disappointing that your surprise anniversary cruise to your wife was not as well received as you had hoped. I would be remiss, though, if I didn’t point out that you should have taken a look at the itinerary before you purchased this thoughtful present.

After you contacted our advocacy team, I took a look at Holland America’s 11-day Cuban Explorer. I agree with your wife that this cruise doesn’t explore much of Cuba.

Why did the itinerary of this surprise anniversary cruise surprise you?

But since you had the entire itinerary available for your review prior to confirming your plans, it was puzzling why the itinerary of this cruise seemed to be a surprise to you.

It appears that you simply assumed that an 11-day Cuban Explorer would thoroughly explore Cuba.

With ports of call in Belize, Honduras and Cayman Islands, a better name for this cruise could be the “11-day Caribbean Explorer.”

Of course, the other error you made was not to familiarize yourself with the cancellation policy.

When you contacted us for help, I asked to see your contract. Unfortunately, the bad news was located in a prominent box at the bottom of the page. Your $600 deposit was nonrefundable at the time of booking.

You told me that you understood these terms, but you wanted to contest the contract because of the misleading title of the cruise.

I wasn’t convinced that this was a fight you (or I) could win since the itinerary was never concealed by Holland America.

You also posted your story to our help forums to see what others might think of your dilemma. Understandably, the general consensus was that you had made several missteps, but that you might have a chance at receiving a credit with Holland America.

It turns out that Holland America was open to this compromise.

After I contacted the company on your behalf and described your problem, the cruise line offered you a $600 credit to be applied to a future cruise.

You were dissatisfied with this resolution because Holland America put a restriction on your credit that it must be applied to a new cruise within the next year. You told me that you would be pressing Holland America to allow you to have an open-ended credit — one with no expiration date.

Given all your wrong moves with this booking, I declined to push Holland America for further concessions, and I wished you luck with your pursuit. In this situation, Holland America went beyond what the contract stipulated and treated you fairly.

Your story serves as a reminder to fellow cruisers to read all the terms of your booking before handing over your credit card for a deposit. These contracts are legally binding even if you neglect to read the document.

I wish you and your wife a wonderful 40th anniversary, and I hope you are able to find a suitable Holland America cruise to celebrate.