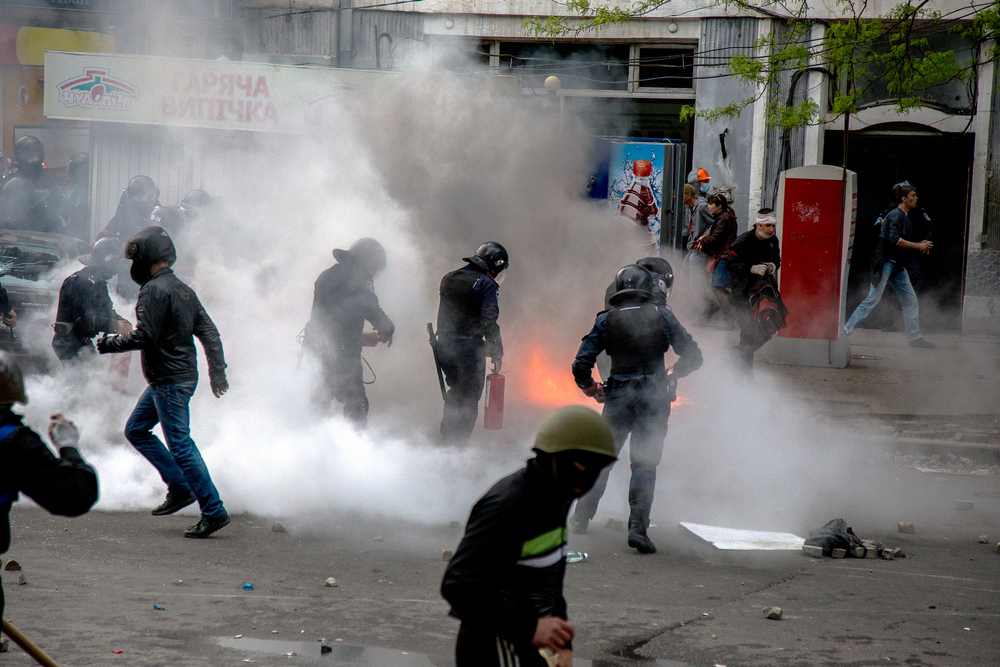 Shortly after Jack and Pat Davies book a river cruise to Ukraine, the country begins to fall apart. Can they get a refund?

Question: In mid-February, we booked a Viking River Cruises trip to Ukraine for this summer, beginning in Kiev and continuing throughout the country to Zaporozhye, Odessa, Kherson, Sevastopol and Yalta. Some of our ports of call were in Crimea. We paid for the total cost of our trip, including three nights in Istanbul and an additional five days in Turkey on our own before our return flight.

On Feb. 18, Kiev exploded in flames, as protesters toppled the government. The next day, we contacted Viking and asked what the expectation was for the Ukraine cruise. A representative replied by email that it “should be fine. We will let you know otherwise. No worries.” But on Feb. 21, the United States Department of State instructed Americans to avoid “all nonessential travel to Ukraine.”

We immediately contacted Viking River Cruises to withdraw our trip reservation because of this warning and our own judgment. Viking suggested we wait it out, but the situation only worsened.

A few days later, we contacted Viking again and explained that, because of the worsening aggression in Ukraine and because of the continuing warning from the Department of State, we were not going to Ukraine. Viking imposed a 15 percent penalty for cancellation. We think that, under the circumstances, we should be getting a full refund of the $11,596 we paid. Can you help us? — Pat and Jack Davies, Minneapolis

Answer: It seems highly unlikely that Viking will be sailing to Crimea anytime soon, so I’m not sure why it won’t refund your vacation.

Oh wait, maybe it’s because, buried in the fine print of its terms and conditions, it specifically says it’s not liable for any security problems beyond its control, including a “civil commotion, riot, insurrection, war, government restraint, requisitioning of the vessel, political disturbance, acts or threats of terrorism, inability to secure or failure of supplies including fuel, acts of God, or other circumstances beyond [our] control.”

But does that mean it gets to keep your 15 percent? That appears to be Viking’s position. Again, referring to the company’s terms, if you’re canceling between 120 and 90 days before your departure, you have to pay a 15 percent penalty. Eventually, Viking canceled some of its Ukraine itineraries, but it’s not clear if it would have refunded the 15 percent after the fact, or kept it because you decided to cancel first.

This situation could have been prevented by doing a little research before booking your vacation. Political upheavals usually don’t happen without warning, and there were signs that Ukraine might be a problematic vacation choice. Although few could have predicted what happened after you bought your cruise, a quick check of the State Department website (www.state.gov) might have left you with some reservations.

Technically, Viking was correct. You canceled, so it was entitled to keep your 15 percent. But let’s not get hung up on technicalities here. You weren’t sailing to Odessa this summer, even if the company imposed a 100 percent penalty. I wouldn’t have.

I contacted Viking on your behalf to see if it intended to keep your $1,739, regardless of whether it operated its Ukraine tours this summer. A representative called you, told you that your request had been routed to the wrong desk and agreed to refund the remaining 15 percent.