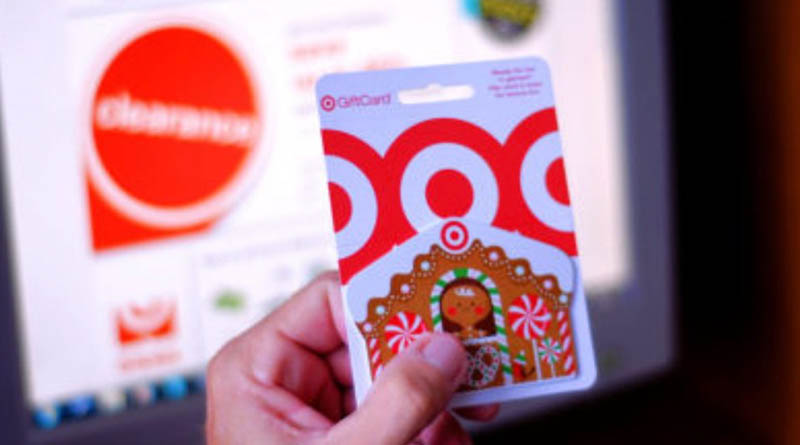 Denny Eaplin loses $184 in Target gift card credit when someone else redeems it in a different state. The company won’t return the money. Is there any hope for him?

I’ve been a Target customer for many years. I have always been a fan of Target because of their low competitive prices and customer service. I always use Target.com and the Target app on my iPhone to save my gift cards and found it convenient to redeem them through my phone instead of bringing in the physical gift cards.

If you look at my Target.com account, you will see many gift cards have been stored before. I knew my gift cards were safe because in order to access my gift cards from my iPhone, all I needed was my fingerprint.

More than a week ago I bought a Target gift card from a third party. A few days later, when I was checking out from Target.com, I tried paying and noticed the gift card was no longer in my account.

I tried entering the number and access code, but after many tries, I realized that the balance was all gone. I contacted Target and talked to quite a few gift card specialists. They took all of my info and told me that the remaining balance of $184 was used in Goodyear, Ariz. They sent my case to corporate leadership and told me they should get back to me within 72 hours.

When 72 hours had passed, I called Target customer support. A representative told me I would not be getting a replacement card because “leadership” had decided that I could have sold the gift card. The decision was final. and there was nothing more I can do. That was all the information that was given to me.

I asked whether they could trace that my account was hacked into or logged into from another location because that was the only place where my gift card number was stored. There was no other way anyone would be able to get the numbers because I bought the card with the security seal covering the codes. The Target representative told me that the leadership team has all the tools and would have factored in all of that into their decision.

At this point, I was speechless because I felt was being told I was the one committing fraud and that I’m guilty for it when I didn’t do anything wrong. Also, I really thought I was going to be taken care of as a long-time customer.

I am out $184, which is a lot of money for someone who’s frugal like me.  I have no reason to sell a Target gift card, and if they checked my eBay account, they would see that I always buy Target gift cards and have never sold one. Can you help? — Denny Eaplin,  Monterey Park, Calif.

Target owed you a straight answer about your gift card’s disappearance. The endless runaround, the delays and the arbitrary decision just didn’t seem like the same company that “fulfills the needs and fuels the potential” of its customers, as its mission statement promises.

If anything, Target fulfilled its need to make a profit and fueled your rage. But don’t worry, it’s fixable.

Target’s terms are clear. The risk of loss and title to such items passes to you when the Target gift card is transmitted electronically to you.

So, according to Target’s contract with you, it’s off the hook. And while it may very well not be legally liable, the company has fallen way short in the customer service department. It owed you answers. How does it know your $184 in gift card credit were sold or given away by you? Aren’t you entitled to see that evidence?

At the very least, Target could have honored its word to get back to you in 72 hours, even if the answer was “no.”

I noted that you corresponded with lower-level employees at Target, who simply repeated their company’s denial of your claim. You might have escalated your case to someone more senior. I list the names, numbers and emails of Target’s customer service executives on my consumer advocacy site.

The resolution on this was a real team effort. You posted this problem in our help forum and were advised to send a note to the company contacts. You did and received a call from Target apologizing for your experience.

A Target representative said it had reviewed security footage from its store and confirmed you did not use the gift card. The company agreed to replace the missing funds and will even round it up to $200 to make up for the trouble.

Does Target owe customers who lose money on their gift cards a better explanation? Or would providing those details give too much information to customers who want to exploit the system, like those who engage in manufactured spending or criminals who want to launder money?

Christopher Elliott is the founder of Elliott Advocacy, a 501(c)(3) nonprofit organization that empowers consumers to solve their problems and helps those who can't. He's the author of numerous books on consumer advocacy and writes weekly columns for King Features Syndicate, USA Today, Forbes and the Washington Post. He also publishes Elliott Confidential, a critically acclaimed newsletter about customer service. If you have a consumer problem you can't solve, contact him directly through his advocacy website. You can also follow him on Twitter, Facebook, and LinkedIn, or sign up for his daily newsletter. Read more of Christopher's articles here.
56174

This article was published on February 5, 2018