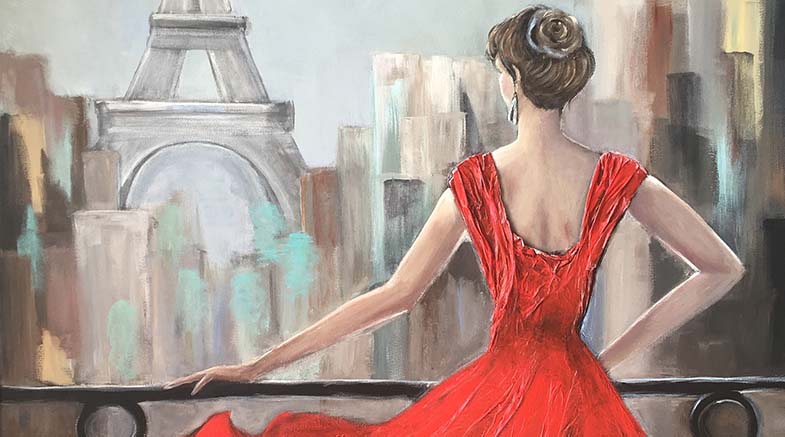 Jeri Lynn Wentz says the “fashionable” clothes she recently bought on Facebook were a giant disappointment. And when she tried to return the garments, the retailer gave her strange instructions. But in the end, the clothing company kept her money — and the low-quality items Wentz sent back.

Can the Elliott Advocacy team persuade PayPal to refund this Facebook shopping fiasco?

Wentz’s dilemma serves as a warning about impulse buying from unknown merchants on the internet. Although opportunities abound to buy stuff through Facebook ads, it’s critical to do some basic research before your shopping spree. If you don’t, you might end up buying a bunch of junk you don’t want with no easy path to a refund.

Wentz says her problem began when some cute fashions appeared in her Facebook newsfeed.

“A company called BerryLook kept showing up on Facebook,” Wentz recalled. “I clicked on the link and the clothes looked cute and were reasonably priced. So I bought a few things and paid using my PayPal account.”

Wentz says that the company indicated a five-to-seven-day delivery window for the clothes.

Over 30 days later, Wentz finally received her order — sent from China, which was to include several fashionable tops. Unfortunately, the reality did not match the photos Wentz had seen in the Facebook advertisement.

“The clothing was of shoddy quality and doll-like sizing,” Wentz reported. “None of it looked like the ad on Facebook. I wanted to return this stuff immediately and get a refund from PayPal.”

Unfortunately, that would prove to be a challenge.

“Return the items you bought on Facebook to ‘Jimmy’ in L.A., and then you can get a refund.”

Wentz hoped she could call the company and receive a return label from BerryLook. After all, she thought, the clothes barely resembled the items she had bought through Facebook. The flimsy, see-through material and sizing problem made the articles useless to her. Wentz wanted the company to process her refund through PayPal immediately.

But first, a BerryLook customer service representative asked Wentz to choose some replacement clothing instead of a refund.

Wentz was not about to choose any further products from BerryLook. The items in her possession had told her everything she needed to know about this company. Now Wentz only wanted to return the junk and get her money back, and she told the agent so.

That’s when the BerryLook agent gave Wentz strange return instructions. Although the company is based in China, this representative gave Wentz a residential address in California.

“Return your items to Jimmy at this address,” the agent explained. “Customer pays for shipping. Once we receive the items, we’ll process your PayPal refund.”

Wentz says she did as the agent instructed; paying $15 to have the unwanted clothes returned to “Jimmy.”

Soon USPS alerted Wentz that the occupant at the address in Los Angeles refused the package. During a second delivery attempt the next day, someone did accept it.

With the delivery confirmed, Wentz assumed her PayPal refund would quickly follow. It didn’t. In fact, BerryLook stopped responding to her emails.

Wentz’s frustrating battle to get her money back was only just beginning.

When BerryLook didn’t send the refund as promised, Wentz said she started digging for information about the company. Scrolling through the plethora of scathing reviews, she realized this was something she should have done before her Facebook shopping excursion.

Now sure that the company did not intend to send her refund, Wentz turned to PayPal for help. (We list company contacts for PayPal in the Elliott Advocacy database compiled by our research team.)

PayPal allows its users to dispute transactions gone wrong through its resolution center.

If you purchased something and would like a refund because you haven’t received it, or it’s not as described, you can file a dispute in our Resolution Center to start the process of getting your money back.

You have 180 days from the transaction date to initiate a dispute. (PayPal terms and conditions)

As a long-time PayPal user in good standing, Wentz felt confident that the company would refund the low-quality garments.

But she was in for another frustrating disappointment.

“I gave [PayPal] every single thing they needed to get my money back,” Wentz lamented. “I sent [PayPal] the tracking number and delivery confirmation receipt. But the merchant said I sent [the clothes] to the wrong place.”

As a result of BerryLook contesting the refund, PayPal sided against Wentz.

Wentz filed an appeal, which PayPal also dismissed on the basis that BerryLook never received the return.

We have reviewed this transaction(s) and are denying your case(s). This decision was made because we did not receive valid proof or tracking that you returned the merchandise. (PayPal dispute resolution team)

Wentz realized she was getting no closer to her refund from PayPal or the merchant. That’s when she decided to ask the Elliott Advocacy team to help her fight this battle.

When Wentz’s request for help arrived in the Elliott Advocacy team’s inbox, I initially thought a refund was unlikely. After all, Wentz had sent the clothing items to a first-name-only person at a residential address. It was no surprise that this highly unusual return process had not ended positively for Wentz.

“Unfortunately, I’m afraid I am going to have to call this a lesson learned,” Wentz wrote. “I should have checked Trustpilot, as there are hundreds of consumers being ripped off by this sketchy company.”

Wentz went on to say that she had found hundreds of similar consumer complaints about BerryLook on Trustpilot and SiteJabber.

I headed over to the Trustpilot site and could see that Wentz wasn’t exaggerating.

With titles such as “Thieves and Scammers” and “Warning: Don’t use this company!” BerryLook has earned a 1.6-star rating with over 4000 reviews. If you’re in the mood to go scrolling through Facebook looking for things to buy, this isn’t the place to do it.

In fact, Trustpilot has installed a warning banner at the top of the reviews for BerryLook. It seems that Trustpilot has detected an unusual number of fake, presumably positive, reviews which it has now removed.

Of course, Wentz hadn’t seen any of these reviews or the warning until it was too late. And she was painfully aware of her mistake not to check ratings before her online shopping excursion. But after going through her lengthy paper trail, I could see that she had proof that she followed all the steps that BerryLook had given her for the return. A representative of the company told her to send the package to “Jimmy” — and that’s what she did.

Wentz had also paid for tracking and insurance for this package.

So why had PayPal rejected her refund request? It was time to find out.

I contacted our helpful friends at PayPal about Wentz’s frustrating Facebook shopping experience.

Jeri Lynn bought some clothing through a Facebook ad from a company called BerryLook. [The clothing] was really poor quality, so she asked the company to return it. They agreed to allow her to send it back, but the customer service rep told her to return it to “Jimmy” at some address in Los Angeles. She did that and the company has still refused to refund. When she filed a complaint with PayPal, her claim was rejected because PayPal said she didn’t have proof that she returned the products. She provided proof that she sent the package to the address that BerryLook asked her to send it to — and she also has a USPS confirmation that someone accepted the package. Can your team have another look? (Michelle Couch-Friedman, Elliott Advocacy)

And very shortly came the good news for Wentz: PayPal approved her refund.

Wentz is thrilled that her online shopping catastrophe has finally come to an end. She says, in the future, should she see some eye-catching items in her Facebook newsfeed, she’ll likely just keep on scrolling.

There are many unique things you might find to buy as you scroll through your Facebook newsfeed. Much of what you see are from legitimate companies that want to build a positive customer relationship. But it’s essential to keep in mind what Facebook is and what it isn’t.

Facebook is a marketing platform — it sells ads that it shows to its users. It’s easy and cheap for a company to purchase an advertisement on the platform. Although the ad must be approved by Facebook, the sites themselves are not vetted for quality. So it’s up to you, the consumer, to take your own steps to protect yourself from scammy and disreputable businesses.