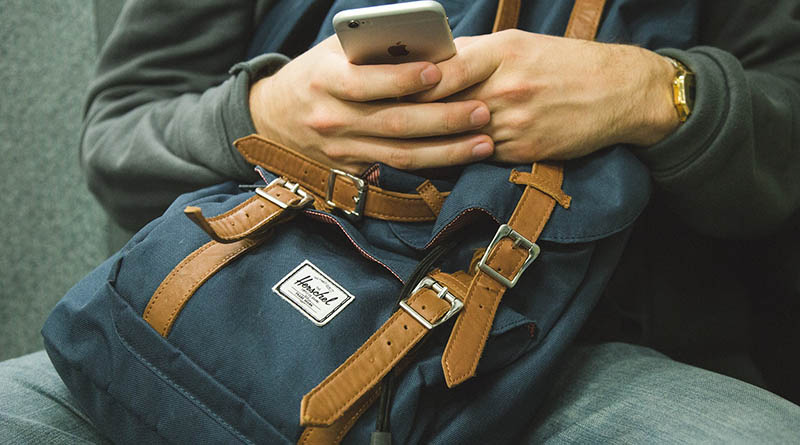 All William Wilson wanted to do was keep his phone number. He’d had the same number for 36 years, and everyone — friends, family, colleagues — knew it. And, most importantly, he knew his phone number by heart. But his new phone company didn’t seem to care. So when he switched service, it issued a new number, despite repeated requests. Since then, he’s been trying to get it switched back to his old, familiar number — and to get a refund for the costs he incurred. Why did the company make porting his phone number so hard?

Wilson’s consumer problem is a reminder that, in an age where customer service usually is automated, the machines still can’t read your mind and divine your wants and needs. But it’s also a case study in how to lose your phone number.

Wilson, who lives in the United States but whose case took place in the U.K., has a home in Newcastle upon Tyne in northeast England.

“I tried switching phone and broadband from Sky to BT,” he says. “Total disaster.”

When he made the switch to BT, the carrier disregarded his wishes to keep his phone number and issued a new one. Wilson tried to get his phone number back, but ended up stuck in a series of scripted chats. By the time he contacted us, he’d had over 70 frustrating exchanges with BT.

In exasperation, Wilson abruptly canceled his BT account. But when he did, that left him without a phone for 22 days. He had to return the BT equipment, but BT still owed him $61 and his old number, which he lost in the process.

Porting your phone number to a new provider

Wilson’s case brings up the controversial issue of phone number portability. I say “controversial” because phone companies don’t want to make it easy to move to a competitor. Giving customers the porting ability to reassign their number to another carrier, to move it to another location or to change their service, is not good for business and is inconvenient for the company.

In the United Kingdom, fixed-line telephone network providers are regulated by the government’s Office of Communications under EU Directive 2002/22/EU.

Section 40 states that number portability is a “key facilitator of consumer choice and effective competition” in a competitive telecommunications environment. “End-users who so request should be able to retain their number(s) on the public telephone network independently of the organization providing service,” it says. However, it leaves the implementation of the porting process up to the member states.

Last year, the government proposed allowing carriers to port phone numbers nationwide. So in the United States, a move like Wilson’s would be automatic.

Tips for porting your mobile number

By the way, the Federal Communications Commission (FCC) has required mobile portability since 2003.

The FCC notes that once you request service from a new company, your old company can’t refuse to port your number, even if you owe money for an outstanding balance or termination fee.

FCC rules require companies to process simple ports in one business day. These types of ports generally do not involve more than one line or more complex adjustments to telephone switching equipment. Porting from wireline to wireless service may still take a few days.

Porting: What you need to know about keeping your phone number

As I researched Wilson’s case, I discovered there were a lot of things most people don’t know about portability and how to keep your number.

Incidentally, you don’t need to have a new service to move your number away. A company like NumberBarn will allow you to park your phone number for $2 a month. You can make calls and receive text messages from your parked number via an app.

How we found a lost phone number — and a missing refund

Although we don’t list the names and numbers of BT’s executives on this site, they are readily available online. (If we get enough complaints about their landlines, our research team will gladly publish them.) Wilson could have sent a written appeal to one of the managers to recover his missing phone number and refund. But honestly, after the chat transcripts he sent over, my team felt he’d been through enough. It was time to find the nearest phone booth for a quick costume change.

Before I get to the resolution, I want to mention what BT should have done. The representatives Wilson spoke with should have asked him if he wanted to port his old number. When he mentioned his discomfort at losing his number, they should have found a way to save it. He shouldn’t have had to cancel his service and return to his old carrier.

My consumer advocacy team contacted BT on his behalf. It recovered his number and refunded him for the equipment.

Christopher Elliott is the founder of Elliott Advocacy, a 501(c)(3) nonprofit organization that empowers consumers to solve their problems and helps those who can't. He's the author of numerous books on consumer advocacy and writes weekly columns for King Features Syndicate, USA Today, Forbes and the Washington Post. He also publishes Elliott Confidential, a critically acclaimed newsletter about customer service. If you have a consumer problem you can't solve, contact him directly through his advocacy website. You can also follow him on Twitter, Facebook, and LinkedIn, or sign up for his daily newsletter. Read more of Christopher's articles here.
84759