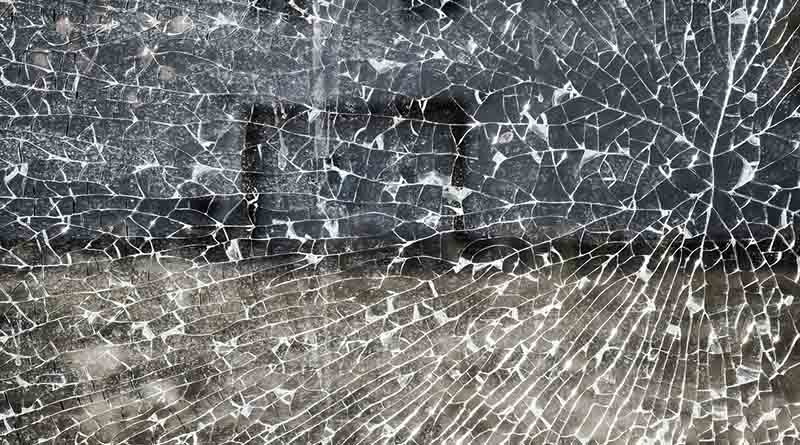 It happened again. This time, Jocelyn Albertson is the unlucky owner of a Kenmore washer with a shattered glass lid. What’s the fix?

This March, I bought a Kenmore Elite Top-Load Washer from Sears. A couple of weeks ago, in the middle of the night, when the machine was not running, the entire lid shattered and spread tiny shards of glass all over the inside of my washer.

I immediately Googled my washer model and the words “shattered lid” and found that this had been happening to multiple people since December of 2017. Sears has been completely unhelpful to most of these people as well, either refusing to do anything about it or replacing the lid only to have it shatter again a few months later. It’s amazing that Kenmore hasn’t recalled this machine.

When I first called Sears about this, they told me it was “cosmetic,” and there was nothing they could do. I then called back and spoke to someone else who set up a service call for someone to look at the washer. When the service person looked, he was shocked. I asked him how they could get all of the glass out of the machine since the glass shards were small enough to fit into the little holes in the middle of the machine and he said they would “take the machine apart and vacuum it out” when they replaced the lid.

I was tentatively ok with this solution since at least they were trying to fix it. We were supposed to have it fixed in early September. But then I received a call from Sears, saying the replacement lid is back ordered with no estimated shipment date. So we are without a washing machine indefinitely.

I also mentioned to Sears my concerns about them being able to clear the washing machine of glass. We wash cloth diapers in this machine, and so we can’t risk a piece of glass getting missed and ending up in a diaper. Sears basically told me the only thing I could do is wait for the replacement lid to come in.

I’m at a loss as to what to do at this point. I really would just like my money back since I don’t trust Kenmore’s machines anymore and their subpar customer service. Can you help? — Jocelyn Albertson, Pembroke, Mass.

Oh no, not another Kenmore shattered lid case! I’ve been receiving quite a few of these lately. Obviously, Kenmore shouldn’t have sold a washer that spontaneously breaks. But if it did, it should own up to the problem and either recall the appliance or fix it.

These Kenmore shattered lid cases have a few common threads.

Customers purchased their Kenmore appliances months after the first warnings about shattered glass lids appeared online. A little research would have prevented this error. Consumers could have bought a different appliance.

Sears and Kenmore also consistently downplay the issue. How can a washer’s shattered lid be a “cosmetic” problem? I have no idea. Why didn’t Kenmore recall this washer? I don’t know, but based on the number of complaints I’ve received, I would say it should have done that at least a year ago.

And finally, Sears drags its feet on the resolution. Taking Sears precarious financial situation into consideration, that’s no wonder.

But a backordered part (no surprise that it’s back ordered, given the number of cases we’re seeing) is not the customer’s problem. It’s the manufacturer’s problem. I don’t want to hear a company’s excuses when my appliance blows up. I want a working washing machine.

As the father of three, I’m horrified that your baby might suffer the consequences of a haphazard repair job.

You could have appealed your case to a Sears executive. I list the names, numbers and email addresses of the Sears customer service managers on my consumer advocacy site. But I also think that, given the number of complaints, you should have taken pictures of the broken washer as a public service.

I contacted Sears on your behalf. A representative contacted you immediately, apologized and agreed to exchange your broken Kenmore Elite Top-Load Washer. “We regret the delay,” the representative told me.