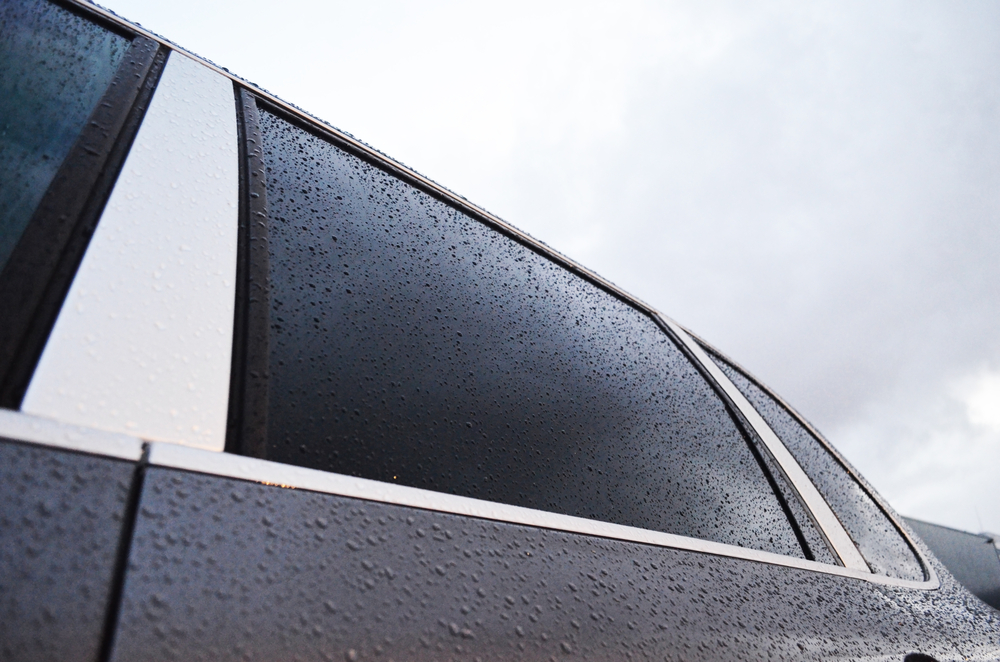 The tint on Benjamin Schwartz’s Honda is not quite up to standards, and he wants his dealership to fix it. But should it?

Question: I’m having trouble with a car dealership. I’m hoping you can help me determine if I’m being reasonable and, if so, what further steps I can take.

About four years ago I was shopping for a Honda Accord sedan. I looked at quite a few, but one in particular caught my eye because it was certified, which means it came with a Honda extended warranty. It had tinted windows and it was offered at a fair price by a no-haggle dealership with a great reputation, Holler Honda in Orlando. I ended up purchasing that car and I was very happy with both the vehicle and purchase experience.

My issue cropped up recently when I was pulled over by a police officer because of the tinted windows. The officer measured the tint on the window at 19 percent VLT, a darkness which is illegal in both Alabama, where the ticket was issued, and Florida, where I purchased the vehicle. I also double-checked to see if the tint was legal at the time of the sale. It wasn’t. In fact, Florida’s tint law hasn’t changed since 1991.

Prior to this incident, I was unaware that there was a law regarding window tint, but Holler Honda should have been and should have done a better job ensuring that the vehicle they sold complied with state laws.

I brought the issue to the attention of the dealership general manager. He told me that they normally remove the tint before selling a car and that mine had slipped through the cracks. He offered to have the tint removed but not replaced.

I did not think that was fair because it would deprive me of a valuable feature of the car which I purchased. Holler Honda advertised a car with window tint prominently featured; I liked that it kept the car cooler and I liked the way the car looked with the tint. Though I had been looking at several different vehicles, the tint was a distinguishing feature of this particular car.

If I accepted their offer, the cost to have the windows tinted again — legally, of course — would come out of my pocket. In my opinion, I’d paid for the tint when I bought the car and the only fair solution would be to have a legal tint put on. What reputable dealer would take back a feature a customer had paid for without any other consideration?

To avoid paying the ticket, I went ahead and had the tint replaced with the darkest allowed by law, but I kept working on the issue. The dealership’s parent company told me the issue was in the general manager’s hands. Honda Motor Company told me that they had no control over the dealership as long as the car passed Honda’s checks to be certified.

In response to my BBB complaint, the dealership said that it was too difficult for them to keep up with “continuing multiple changes in the law.” But as I mentioned, Florida’s tint law hasn’t changed in over 20 years.

They also mentioned that it has been four years since I purchased the car. That’s entirely true, but I don’t think it has any bearing on the issue. Had I known the tint was illegal, I certainly would have asked them to fix it before I bought the car. But it’s also the dealership’s responsibility to know enough about cars and the law to ensure that every car that leaves their lot is legal. They admit that they made a mistake four years ago and it wasn’t discovered until now, but it was still their mistake.

Am I being unreasonable by asking them to reimburse me for the full cost of replacing the tint? — Benjamin Schwartz, Madison, Ala.

Answer: Not at all. If your Honda dealership sold you a car, it’s fair to assume the vehicle was legal in every respect.

Actually, this is the first time I’ve heard of anyone being pulled over for an illegal tint, but it turns out that it happens from time to time. Highway patrol officers in Florida carry gadgets called VLT meters, which is shorthand for Visible Light Transmission, and they can cite you for breaking the state’s tinting rules.

According to Florida state law, your front passenger windows need to allow 28 percent or more of light through the glass. Rear passenger and back windows must allow at least 15 percent or more.

These laws were passed in 1991 and haven’t changed, so your dealership should have known about them.

Simply covering the removal of your tint wasn’t enough. That’s like saying your car radio doesn’t work, so we’ll uninstall it at no extra charge. The dealership would have deleted an important feature for which you probably paid extra.

Holler Honda also said too much time had passed since your purchase, but that doesn’t make sense. It sells extended warranties and knows that its best customers are repeat customers. More on that in a moment.

I’ve reviewed the correspondence between you, the dealership, and the BBB, and find it difficult to escape the conclusion that the dealership was just trying to find any excuse not to fix your faulty tint. On the surface, its reasons seem sensible, but when you think about them, they just don’t make any sense.

I was fairly confident that a review of your case would result in a full refund for your new tint job. The dealership in question, as you note, has a great reputation for doing the right thing for its customers.

I contacted the Holler Honda on your behalf multiple times. Finally, an attorney representing the dealership emailed me, reiterating the same arguments used by the dealership, and noting that the BBB had also sided with his client.

“We have made a good faith offer to assist Mr. Schwartz in the same manner he would have been assisted at the time of purchase and he has refused that offer,” the attorney wrote. “There is nothing else we are willing to offer to him at this point.”

Here’s the kicker: I live in Orlando and Holler Honda is the dealership where I purchased my Accord and where I get the car serviced. If they refer a small dispute like this to lawyer, I wonder what they’ll do with me if I ever complain about my car?

Update (3 p.m.): Holler Honda has responded to this post:

We do not, as a practice, sell any vehicle with tinting. At the time this vehicle was sold, the current general manager was not working at the store. Nonetheless, he agreed to pay to have the alleged tinting removed and was very courteous and responsible in this matter – for a used car that we sold more than four years ago.

Without even proof of the tinting at time of sale (because this was a used car and would not have shown up on any listing as an accessory or otherwise; the dealership did not install the tinting), we offered to do what we would have paid to do at the time of sale–remove the tinting.

We have learned to our dismay that the individual seems more interested in disparaging our dealership with partial facts in his postings than solving the problem; a problem that did not even present itself during more than four years of, to our knowledge, care-free ownership of the car during which the useful life of the tinting likely ran its course.