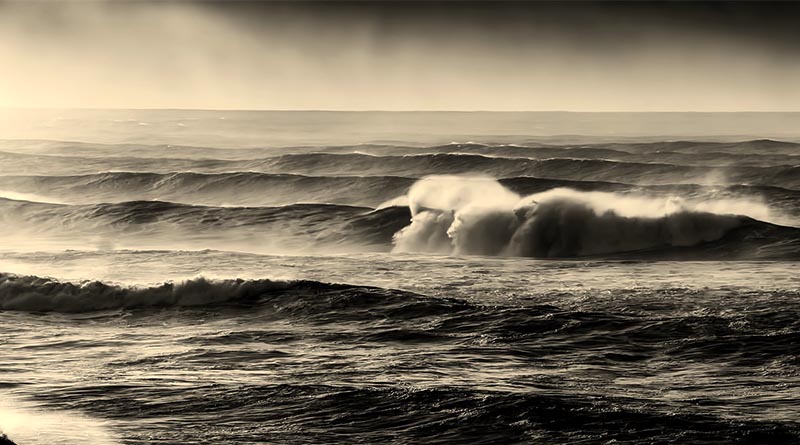 Before I bring you Joanne Phillips’ NCL complaint about her “cruise from hell,” let’s watch a quick video.

Phillips was on this cruise. She wants a full refund — but not for the reasons you think.

Her story is a reminder that when you have a complaint, you have to focus on one service lapse instead of building a case for the inherent evil of NCL.

But let’s get right down to the details.

A bad NCL cruise and a lot of complaints

Phillips was a passenger on the NCL Breakaway sailing from Dec. 29 to Jan. 5. A “bomb” cyclone hit the ship about halfway through the cruise, making for rough sailing. Phillips says NCL should have known about the hazardous conditions and canceled the cruise, which is probably true.

“It was terrifying,” she says.

The worst was on Jan. 4 when she and her husband were “trapped” in their oceanview cabin.

“The ship was unsafe. It listed, rocked, jerked, banged, and it was difficult to get around. Water entered, cascading down walls, stairwells, flowing in hallways. Our bathroom flooded,” she recalls.

In the public areas, passengers huddled together in lifejackets, vomiting, praying and crying.

Phillips could have built a complaint about NCL’s negligence. But she didn’t.

Instead, she wrote a dissertation with every single customer service lapse that happened on her cruise.

I’ll just show you one day, so you get the idea:

12/29: Dining: Lunch staff in buffet rude and throughout cruise. Cabin: cleaning not finished after announced they were ready . Made 2 request of cabin steward. Neither happened. Most Important: remove lifejackets from basket under head of bed, place them in closet where we could get them easily in an emergency. Dinner: Main dining room: (6) people: Poor service: Drinks wrong several times, served 5 meals but sixth 1/2 hour later & wrong.

She did this for the entire cruise.

Then she attached a report about how CEO Frank Del Rio brushed off the complaints, saying, “weather can be unpredictable.”

Last year, he told the audience at last year’s Seatrade Global conference that he loved fewer regulations under President Trump because “they make us money.” In 2005, he defended NCL’s increase in gratuities by saying “every dollar increase in yield translates to approximately $15 million to the bottom line.”

I agree with Phillips that greedy cruises lines and their CEOs are problematic. But how is this going to get her money back?

You can’t insult your way into a refund.

Our advice for an NCL complaint

My advocacy team recommended that Phillips restate her complaint. A brief, polite email sticking to the safety aspects of the Breakaway sailing, we noted, might yield a positive result.

We also shared advice from our site about how to mediate your own dispute and executive contacts for NCL.

Unfortunately, Phillips did not take our advice. Instead, she rewrote her original, lengthy complaint and re-sent it. It was just as effective the second time, sinking without a trace.

Bottom line: NCL owes Phillips nothing after her bomb cyclone cruise, at least according to its guest ticket contract, the legal agreement between her and the cruise line. An apology and a credit for a future cruise would be nice but isn’t required.

NCL screwed up this cruise, no question about it. The onboard service was awful, but more importantly, the Breakaway shouldn’t have sailed into a winter storm. I wish my advocacy team could have helped Phillips get a refund, but if she can’t take our advice, her prospects are sunk.