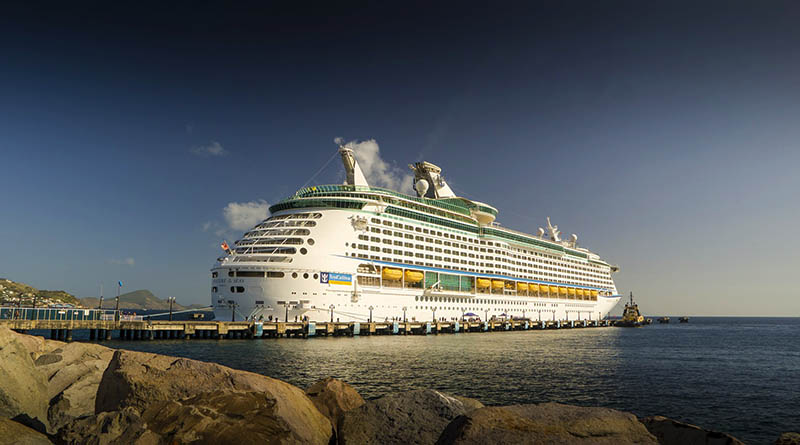 There are many things to consider when deciding whether to take your baby on a cruise. But as a first-time cruiser, Julie Belben didn’t realize just how complicated it could be to cruise with her baby — until it was too late. Now she has a list of complaints about the experience, and she wants a refund from Royal Caribbean.

But does Royal Caribbean owe her anything?

This case highlights the importance of making sure that your vacation expectations are in line with the reality of your planned destination — before you book the trip.

Take your baby on a cruise? It might not be so relaxing

Belben contacted our advocacy team after two non-relaxing vacations in a row.

“After a family vacation on Cape Cod where I packed, unpacked, did sheets for all the beds at the rental and cooked three meals a day, I was exhausted,” Belben explained. “My cousin caught me shortly after that trip. He was raving about his recent Royal Caribbean cruise. After running the numbers, and reflecting on how much we needed a break, we decided to join them on their next sailing.”

With high hopes for a relaxing and restorative vacation, Belben, her husband and three children (ages 6, 3 and 1) boarded their Caribbean-bound cruise. Things went wrong almost immediately.

On day one, it became apparent to Belben that she had miscalculated the relaxing nature of a cruise with a baby and two other very young children.

The baby can’t go in the pool on your cruise

First, Royal Caribbean employees informed her that the baby was not allowed in any of the pools onboard the ship. Not even with a swim diaper. This announcement was the first Belben had heard of the pool restrictions for babies on the cruise.

Later that same day, she received more bad news: Her typically mild-mannered three-year-old was pushing other children in the kids’ program. So she was asked to take him out.

On Day 2 her six-year-old told her that he didn’t want to go to the day program either. She says he told her that he couldn’t understand the staff. She took this to mean that the employees weren’t speaking English to her son.

So Belben says that she and her husband spent the rest of the week just focused on trying to entertain the children — without the benefit of the kids’ programs.

“This cruise was anything but relaxing.,” Belben lamented. “Trying to keep a 15-month-old baby out of the pools with her older brothers proved miserable. I would like to get either a credit or refund.”

As our publisher Christopher Elliott explained in his article on the topic, babies aren’t allowed in the pools of most cruise ships. It’s a health issue. That restriction of babies from the pools on Royal Caribbean ships can be found on its website, but you can find similar language on the websites of all cruise lines.

So entertaining your baby in the onboard pools aboard your cruise is not an option.

So what else is there?

Royal Caribbean does have The Royal Babies program, but those are classes and activities with the parent and the baby. So that program wouldn’t provide any kind of respite for a tired mom looking for a break either.

It’s unclear how Belben became convinced that the employees were only speaking Spanish to her older children. But Royal Caribbean lists the following as requirements for all of its employees:

For starters, no matter what corner of the world they come from, applicants must speak English – a requirement for all RCL employees.

Then they need this:

A four-year accredited university degree in education, recreation or a related field, or the international equivalent.
At least three years of experience working with large groups of youngsters from ages 6 months to 17 years.
Some experience working in YMCA camps, school-sponsored activities or similar youth-oriented programs.
CPR certification.
Computer savviness across a range of such commonly used software as MS Word, PowerPoint and Excel.
Physical fitness.

A refund from Royal Caribbean is unlikely

Unfortunately for Belben, there is no basis for our advocacy team to ask for a refund from Royal Caribbean. Further complicating her case, she made no complaints while onboard the cruise. If she had, the employees might have been able to investigate her complaint and correct any problem in the Ocean Adventure program — if there was one. Her older boys may have been able to enjoy the program.

As Christopher points out in his article about fixing your own consumer problem, it’s important to keep your requests to companies short and polite.

The complaint Belben sent to ask for a refund from Royal Caribbean was quite lengthy. (We provide Royal Caribbean contacts here.) It included large amounts of extraneous information (such as how she and her husband were raised in a tiny town in Massachusetts). Letters such as these are often overlooked by executives, who receive a multitude of complaints each week. It’s imperative to keep your letter to company executives concise.

If Belben rewrites her request as outlined in Christopher’s article, it may land on a sympathetic ear. She might receive some small goodwill gesture from Royal Caribbean for her misunderstanding.

Cruising with children can be a fabulous way for families to see the world together. But cruising with babies, much like traveling with babies anywhere, isn’t typically relaxing. I know this firsthand — traveling, many times alone, with my girls since they were just months old.

Babies and traveling might not equal relaxation, but the combo can still lead to a wonderful adventure.