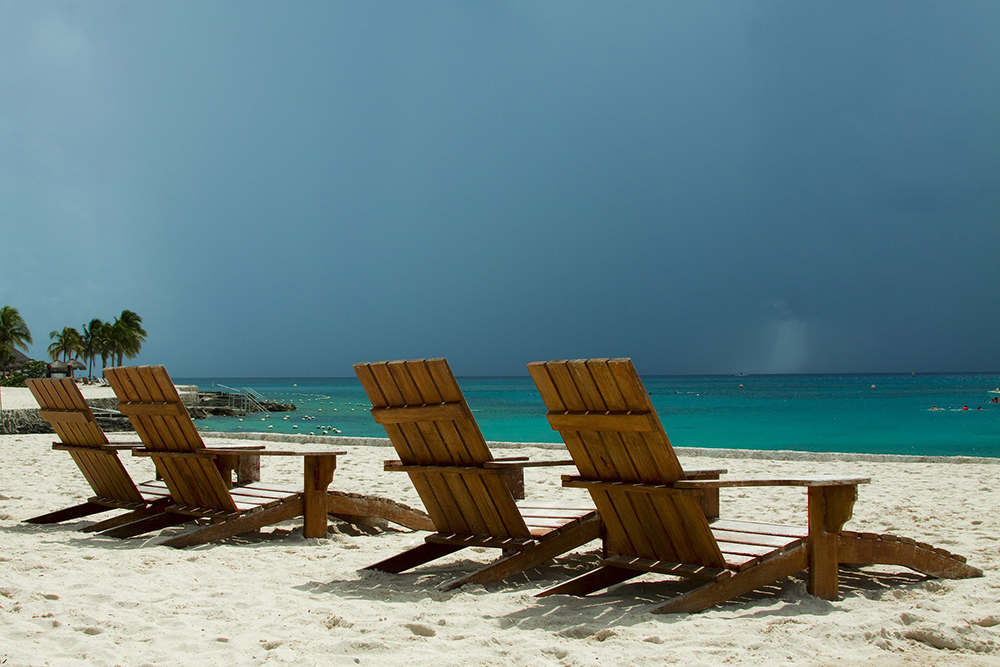 Sabrina Cousins recently enjoyed an “amazing” trip to Puerto Vallarta. She had such a wonderful time that she ended her stay by purchasing an expensive Palladium Travel Club membership. But back home Cousins came down with a terrible case of post-vacation regret. And she wants us to help pull her out of the timeshare trap into which she and her husband fell.

But is that possible?

Cousins is just one of a long string of consumers who contact us in a panic after returning from vacation — with an unplanned timeshare contract in hand. She discovered, just like the others before her, that these agreements are easy to sign, but breaking them isn’t.

Getting caught in that timeshare trap

Cousins’ fiasco began when a representative from Palladium Vallarta asked her to attend a timeshare presentation. She did. And that’s where she fell into the timeshare trap. She and her husband paid a $2,200 deposit and agreed to continue monthly payments for ten years as part of their new Palladium Travel Club membership.

“At the time, the offer sounded amazing,” Cousins told me. “But now, we have realized this offer is not something that we can afford. What can we do?”

When I first read Cousins’ plea for help, I wasn’t sure that we could do anything for her. Most of these timeshare cases end in the Case Dismissed file. After all, having post-vacation regret is not a legal defense that will allow for the breaking of a contract.

But the hopeful news for Cousins is a surprising trend in our timeshare cases that involve Palladium Travel Club. In recent memory, the representatives of this company have positively resolved almost every case that we have brought to them. And a Palladium Travel Club representative told me that they are not in the business of trapping travelers into memberships. In fact, the company doesn’t want any members to feel that anyone at Palladium tricked them into a contract.

Charles Berger asked for our help to mediate his complaint about his membership. As a result, Palladium refunded his down payment of $12,000 and canceled his membership. And when Philip Paul came down with his own case of post-vacation regret the company agreed to break his contract. Similarly, after arriving home to Canada, Rowena Cruz developed a severe case of buyer’s remorse after signing a timeshare contract. She asked Palladium to release her from the deal, and it agreed.

I can’t say that we have had the same experience with any other timeshare or vacation club company. Once you sign on that dotted line, you’re typically out of luck

Is post-vacation regret a valid reason to break a timeshare contract?

When Cousins reached out to our advocacy team, several weeks had already elapsed since she had signed the vacation club contract. Time was of the essence. The longer a consumer waits to attempt to correct the problem, the less chance there is for a positive outcome.

The first step for a traveler in this situation is to make a written cancellation request to the company.

To begin, I gave Cousins our Palladium Travel Club company contacts. I also offered her a helpful article that our publisher, Christopher Elliott, wrote to guide consumers’ attempts to fix their own problems. (P.S.: if you don’t have time to read the full article, Christopher has even made a short video that summarizes key points to keep in mind when asking a company for help.)

It’s important to remember that company executives receive many requests for help every day. The letters that get the most favorable attention are short and sweet. These pleas should never include insults or insinuations of employee trickery.

The advocacy team sees all manner of insulting letters come across our computers. And sometimes it’s hard to grasp what the consumer hoped would be the outcome of such a communication. But the negative results are always predictable.

Armed with all of the information that I gave her, Cousins made an official request that Palladium release her from the contract. I reminded Cousins that since she had a lovely time at the resort, she should even throw in a compliment.

Initially, Palladium began a bargaining phase with Cousins. The company offered her lower monthly rates and less vacation time over the next ten years. Cousins started to waver. She sent me the new offer and asked for an opinion.

My opinion? Since Palladium had not outright rejected her request to cancel, things looked hopeful. I suggested that if what she really wanted was a cancellation then she should stay firm and make that clear to the company.

Cousins went back to Palladium and made it clear that she wished for a cancellation and not a modification of her contract, if possible. Very soon, she received confirmation of the termination of her Palladium Travel Club membership. The company has now refunded her deposit. And she is no longer stuck in the timeshare trap that she feared she would be in for the next ten years.

Not all companies are as flexible as Palladium. For every consumer like Cousins who is released from their timeshare contract, there are many others who are just stuck.

In our chief copy editor Andy Smith’s article on the topic of timeshares, he provides guidance about things you should know before you attend any timeshare presentation.

And on its website, the Federal Trade Commission offers advice about timeshare and vacation club memberships.

The most important tip that can’t be restated enough is: Don’t act on impulse. All the consumers who have contacted us with timeshare problems have one thing in common: They purchased a timeshare impulsively while on vacation.

Timeshares and vacation club memberships are long-term financial commitments that should only be purchased after careful consideration. Making such a sudden decision while your brain is in vacation mode will often lead to a giant, likely irreversible financial headache once you arrive home.