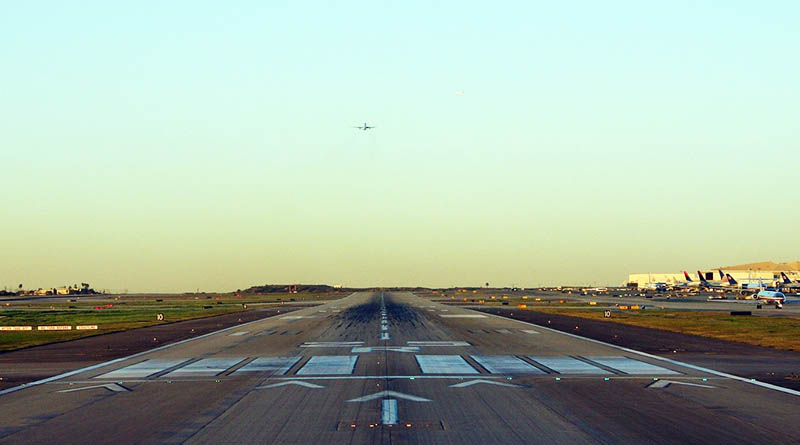 If you miss your flight, don’t stress out. There’s more than one way to save your vacation or business trip.

That’s what Laura Coletti discovered when she didn’t make her recent flight from South Bend, Ind., back to New York.

“I slept through my alarm and woke up in a panic when I realized that my flight was taking off in five minutes,” she recalls.

United Airlines’ policy seemed unbending. She risked losing her entire return fare if she didn’t show up for the flight.

Missed flights may be one of the biggest air travel irritants. Depending on where you’re headed, anywhere from 2% to 8% of passengers miss their flight. But there are ways to fix the problem and get to your destination. If you act quickly, know your rights and stay polite, you’ll be on your way.

What to do if you miss your flight

If you think you’re going to miss a flight, call your airline immediately, experts say. The sooner your airline knows that you’ll be late, the more options it has to fix it. Coletti, who works for a marketing agency in New York, phoned United the minute she woke up and let a representative know that she’d overslept.

“An agent rebooked me for a slightly later flight from South Bend to LaGuardia with a brief stopover in Chicago,” she says. “I was back in New York just a few hours after I originally would have been. I have no idea why I wasn’t charged for that — I certainly was expecting a cost — but I wasn’t, and I was glad about that.”

Although airlines often charge you for a new ticket if you miss a flight, there are important exceptions. But to find out if you qualify, you need to act fast. Calling the airline before your departure can significantly increase your chances of getting rebooked on the next flight at no additional charge.

How to fix a missed flight

It helps to understand what’s happening behind the scenes. When you miss a flight, it also puts your airline in a difficult position. Chances are, your seat has flown empty. Rebooking you on the next flight means giving you a free ticket. That’s why letting the airline know you’ll be late is so important; it allows the carrier to release the seat and maybe resell it, offsetting the lost revenue.

Your reasons for missing a flight matter

“If you are at the counter, be polite, explain why you are late,” advises Peter Vlitas, a senior vice president for airline relations at Travel Leaders Group. “Was the airport exit congested? Did it take too long to get to the counter? Make the case that you were late as a function of trying to get to the airport or counter or running to the gate.”

Most airlines have an informal “flat tire” rule that allows them to book you on the next available flight if you have a good reason for getting to the airport late, like, say, a flat tire. Those may include a medical emergency, an accident on the way to the airport or some documentable event beyond your control. Typically, sleeping through your alarm doesn’t count, but agents have some flexibility in how they can apply the flat tire rule.

Airlines tend to throw the book in your face if you don’t have a good reason for being late and you tell them after the flight leaves. That’s when you normally have to buy a new ticket. But a little politeness can overcome this obstacle, too. Time and again, travelers say that being nice instead of demanding has gotten them on the next flight at no additional charge.

What are your rights when you miss a flight?

If you missed a flight because you were late to the airport, you don’t have any real rights. Most airlines will classify you as a “no-show” and keep your money. Note that your return flight will also be canceled automatically. If you contact the carrier before the flight departs, you may be able to get a partial ticket credit depending on the kind of ticket you have.

But if you miss a connecting flight, you’re not out of luck. Under most domestic airline policies — which are outlined in the contract of carriage on the airline website — if you miss a connection, it will rebook you on the next flight at no charge. If that means staying at the airport overnight, the airline will cover a hotel stay. For example, American Airlines will pay for a hotel if the delay is “within our control or you were diverted to another city, and we don’t board to your final destination before 11:59 p.m. local time,” according to its contract.

If you miss a connection on a flight to Europe, you might be entitled to even more. For certain missed connections European consumer regulations provide up to 600 euros, plus rerouting or a flight back to your point of departure at no extra cost.

“When you’re on an international flight going to Europe and miss your connection because of the delay or cancellation of the first flight, you have rights,” says Thomas Busson, a spokesman for ClaimCompass, a service that helps passengers obtain compensation under EU Regulation 261/2004, the European consumer rule.

But here’s the best advice of all: Don’t be late. Set an alarm and don’t forget to turn up the volume on your phone. Set a calendar reminder with your flight itinerary. And give yourself plenty of time to get to the airport. Airlines such as United even publish check-in processing times to allow for better planning.

Tips for handling a missed flight

• Hire a travel agent. A trusted travel adviser can help you schedule your ground transportation to ensure you get to the terminal on time. In-the-know agents can also quickly find the next available flight and use their connections to rebook you with a minimum of fuss.

• Think outside the box. There’s more than one way to get to your final destination. When David Nico missed a flight from Washington to Norfolk, Va., he rented a car and made the four-hour drive home. Problem solved. Lesson learned? “Consider other travel options if there is going to be a long delay to get to your final destination,” says Nico, a professional speaker and author.