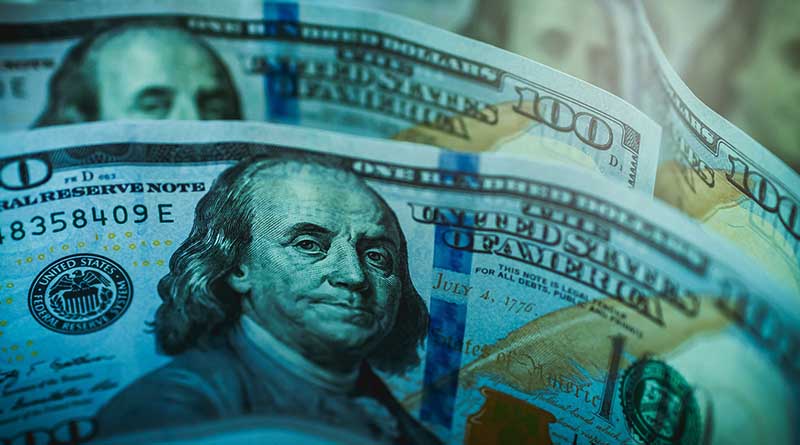 Is the Benjamin app a scam? That’s what Ming Zhao would like to know after he found an unbelievably good deal through the company: two $500 Uber gift cards for the price of one.

“Unbelievable” being the operative word.

Zhao’s case is a wake-up call for anyone who is out there hunting for a deal. Not to be overly dramatic, but you could be the one who ends up being hunted. It’s also a reminder that if something looks too good to be true, it might be.

How Benjamin got his Benjamins

Zhao says he ordered a “buy one get one free” Uber gift card for $500 in September. He paid with his credit card.

“The promised delivery date was Dec. 23.,” he says. The cards never arrived.

Zhao says he contacted the company and its CEO “many times” by email, asking for his card.

“The only response I got was in January, providing a link to their CEO’s letter promising the cards are on the way,” he says.

That email looked like a sincere apology from a small-business owner:

I am sorry for the delay. There is no excuse for a delay of this length and I accept full responsibility.

You should know this delay was not for no reason, however: we’ve had a series of issues including purchases made with fraudulent credit cards, suspected re-sale of orders, and other security concerns where orders (including many of yours) required manual review. This takes a lot of time and we’re a small team.

The letter promised that the cards were “on the way” unless customers initiated a chargeback. In that case, “we will accept your request and issue the refund.”

And that was one year ago.

What is Benjamin — and is the Benjamin app a scam?

Benjamin — not to be confused with another app called Benjamin — is an interesting app, to say the least. It bills itself as “Tinder meets deals.” When you download Benjamin to your smartphone, you input your favorite brands, your sizes, and your interests, and Benjamin promises to find products you want.

“We use an entirely new business model that allows us to offer brands you won’t find on any other deal platform,” it promises.

But there’s a catch. You only have sixty seconds to buy or pass.

A look at Benjamin’s reviews suggests that while it takes customers’ money quickly, it’s considerably slower to deliver the promised items — or a refund.

A quick search would have revealed a similar problem with Starbucks cards in 2016. After failing to deliver some purchased gift cards as promised, Benjamin’s CEO offered an apology in this Slickdeals thread.

“It is disheartening to be called a scam,” he added. “We’ve worked hard to build a reputation as a company that makes good on our promises and provides customer service that is above and beyond.”

As always, if you prefer not to wait or would like a refund, just e-mail. We’ve always refunded everyone who has ever asked for one. There’s no need to waste time on the phone with your bank or go through that whole process — it’ll be quicker and easier for everyone involved.

A CEO who publishes his email address online? How refreshing.

But that was then. This is now: A barrage of one-star reviews on iTunes, including these:

Over on Benjamin’s Facebook site, the comments appear to have been turned off. That’s a convenient, but clumsy, way to silence your critics.

And when our research team tried to find executive contacts for Benjamin, it found the company, far from being open and transparent, tried to hide basic information that would have allowed a customer to contact it.

The paper trail between Zhao and Benjamin shows him asking for a refund a few months after it failed to deliver the Uber gift cards. Benjamin appears to stall, first offering an apology, then a more formal email from the CEO.

Finally, my team noticed an almost identical exchange on Twitter, in which the CEO claimed he had no idea what the customer wanted.

Benjamin’s records should show that the customer waited patiently for his cards. This just seems to be another effort to stall, reducing Zhao’s credit card dispute options.

Surely, it must have known all of that when its CEO responded to Zhao.

What does Benjamin have to say?

My team and I contacted Benjamin repeatedly, sharing Zhao’s complaint and asking it for a comment.

The company did not offer any official response.

Benjamin may not have anything to say about Zhao’s case, but I do. Perhaps the first tip-off that this could be trouble is the name of the app, Benjamin. “Benjamin” is slang for a hundred-dollar bill (you know, as in the face of Benjamin Franklin). Throwing around the word “Benjamin” as a synonym for $100 implies easy money, which in this particular case seems to be true for the company. They got five Benjamins out of Zhao.

How about a credit card dispute?

Zhao asked his credit card company to get his $500 back from Benjamin. Unfortunately, by the time he did, Citibank told him that it was too late.

The Fair Credit Billing Act gives you 60 days to file a dispute. A good credit card company will protect its customer by looking at all the facts — not just an arbitrary cut-off date for a credit card dispute. Some unscrupulous merchants may even string their customers along in an attempt to hit that 60-day mark. But when a business takes a consumer’s money and gives nothing in return, the facts are clear; the credit card company should reverse the charge.

The CEO of the Benjamin app finally responds

After I filed this story but before publication, we finally heard from the CEO of Benjamin, Andrew Chapin.

We do not share information about specific orders or customers with a third party under any circumstances. I’m sure you’ll understand.

We have reached out to the customer in question to inquire about any issues he’s had with any Benja orders. We have not been able to get a response.

No, we didn’t “understand” Chapin’s explanation. And we checked with Zhao, who confirmed that his contact information had remained the same throughout this ordeal. So she pressed Chapin to process the $500 refund.

As I said, we do not disclose anything to do with customer information or orders. We respect the privacy of our users. I have reached out to the customer in question again and will handle directly. You will not receive another response on this matter.

We did hear from Andrew again, though. After she sent him this:

But just to clarify, your “customer” signed a release form (which I included below) allowing our team to investigate his claim against Benjamin, mediate and publish our findings. Obviously, Ming Zhao is not interested in your “respect” of his privacy — he wants you to “respect” your promise to return his $500 that you’ve now held since September 2017.

We are not a party to your agreement with this person nor have we seen the agreement or heard from the individual confirming it’s okay to share anything with you or your group. I would think a consumer advocacy group would understand basic user privacy principles.

No matter – Mr. Zhao has responded to my e-mail and we’ll be working with him directly on the matter.

Zhao then confirmed that Chapin sent him an email and promised a resolution by “the next day.”

That was two weeks ago and his $500 is still in Benjamin’s “hands.” So I think you can see where this is going.

Zhao says that he is now turning his attention back to a credit card dispute. He plans to share this information with Citibank and ask the company to reopen this case.

Unfortunately, my team and I couldn’t help Zhao recover his $500. But as a service to consumers, I’m posting this story as a warning to anyone tempted to use the “Tinder of deals.”

Update (2/12): We received a follow-up note from Zhao today:

I have received 2 x $500 gift card codes from Andrew today and verified on Uber app. You may want to update the article.

Without your help, I am sure this would not happen!

Christopher Elliott is the founder of Elliott Advocacy, a 501(c)(3) nonprofit organization that empowers consumers to solve their problems and helps those who can't. He's the author of numerous books on consumer advocacy and writes weekly columns for King Features Syndicate, USA Today, Forbes and the Washington Post. He also publishes Elliott Confidential, a critically acclaimed newsletter about customer service. If you have a consumer problem you can't solve, contact him directly through his advocacy website. You can also follow him on Twitter, Facebook, and LinkedIn, or sign up for his daily newsletter. Read more of Christopher's articles here.
81507