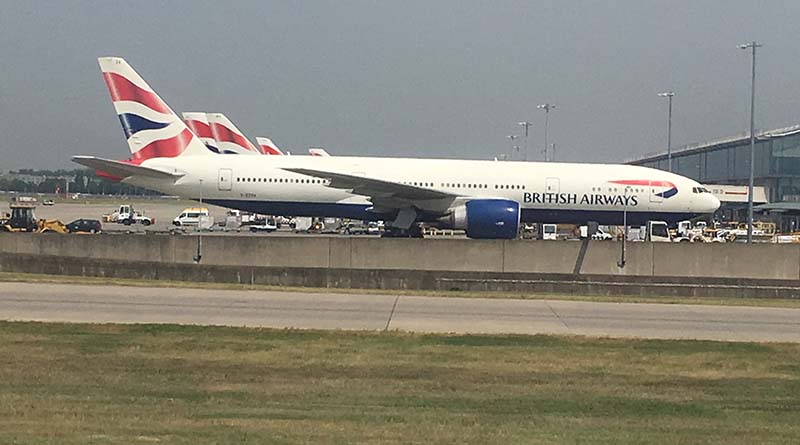 When Sridhar Jujala cancels his nonrefundable tickets, he thinks British Airways will offer a full refund. But it doesn’t. Is there a way to clear up this misunderstanding and get some of his money back?

My family planned a vacation for summer break to Hyderabad, India. I booked tickets for five passengers on the British Airways website. We paid $6,370 for the tickets.

My mother-in-law needs to have surgery and has follow-up appointments in May and June, and so we had to change our travel plans.

We decided to cancel the tickets and reschedule our trip. When I canceled the tickets online, I received the following message: “We are unable to calculate your refund total prior to processing your claim. The refund amount will be based on our fare rules and the total refunded is final and non-negotiable. On submission of this form you are agreeing to the refund total that we calculate.”

British Airways has refunded only $2,305. There’s a $275 cancellation fee per person, a $10 service fee per person and another $580 “nonrefundable ticket fee” per person.

I’ve asked British Airways to reinstate our tickets and not cancel, but a representative said I couldn’t. I’m totally disappointed and dissatisfied with the cancellation process. Can you help me recover the $4,015 in cancellation fees on these nonrefundable tickets?

That’s ridiculous! British Airways should have outlined the fees it would charge before you canceled your ticket. That way, you could have made a more informed decision about canceling your flight.

Of course, British Airways is capable of displaying all the relevant charges before it bills you. It chooses not to precisely because it wants to avoid a situation such as yours. You could have asked the airline for a flight credit instead of canceling — an option that wasn’t clear to you online.

“British Airways never explained the terms of these nonrefundable tickets”

I can already hear some of my readers saying, “That’s how the system works.” Yes, there are cancellation fees. Yes, airlines offer flight credits, good for up to a year from the time of your booking. And yes, you should have known about that.

But no one told you. Instead, British Airways made you guess — and you guessed wrong.

These business practices are outrageous. I mean, what’s a $580 “non-refundable fee? It is, on close inspection, the base fare. British Airways offered to refund the taxes and airport fees but kept the entire ticket. That’s what nonrefundable means.

Only, you didn’t know. In fact, you didn’t even know you had purchased nonrefundable tickets. You showed my advocacy team screenshots and emails that suggested you’d get “a refund” but British Airways didn’t specify how much. You assumed you’d get most of your money back.

Airline insiders, please don’t tell me this is the way it’s supposed to work. Please.

(By the way, you can sometimes get a refund on nonrefundable tickets, as I noted in a recent story.)

A “satisfactory” resolution to a nonrefundable ticket refund case

Our advocate, Michelle Couch-Friedman, contacted British Airways on your behalf. After reviewing your case, it issued a $2,500 voucher valid for a year. You accepted the airline’s offer, chalking this up to an expensive lesson learned.

I’m not done yet. I don’t think this kind of hidden pricing is legal, and regulators should consider taking a hard look at the way refunds are calculated and revealed. The terms of your ticket weren’t clear, and neither was the refund. This is an unfair and deceptive practice. I won’t be satisfied until it ends.