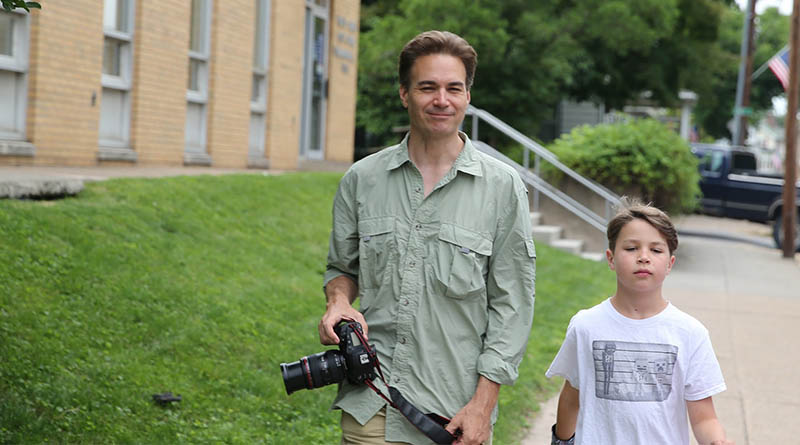 Because I spent 16 years at National Geographic, people often ask me: What’s the best camera for a family vacation?

Then I have to deliver the good news and the bad news. The bad news? I wasn’t a photographer for the Society. (That’s what everyone in the building calls it, as if it’s some kind of secret society.) I wasn’t even at the Yellow Book (more NatGeo-speak for National Geographic Magazine). I was just the reader advocate for National Geographic Traveler.

The good news is: I didn’t waste any opportunity to learn from the photographers I met. And I met plenty of them. They taught me a lot about photography and then sent me on my way to document the last 17 years of family travel.

I’ve taken pictures on everything from a top-of-the-line Leica to a throwaway point-and-shoot. My advice for parents who want to document their trips: Don’t obsess about your camera. Focus instead on technique, quantity, and timing. Even the best photographers don’t get the perfect shot the first time — or the hundredth time.

Looking for the best camera for a family vacation? Don’t obsess about your hardware

First, forget about your camera. When I started taking pictures, I assumed my hardware was the most important thing. It isn’t. In the hands of an inexperienced photographer, even the most expensive camera takes horrible photos. My NatGeo colleagues urged me to use my point-and-shoot and to use it often. Just start taking pictures, they said. Get experience. As Henri Cartier-Bresson said, your first 10,000 photographs are your worst.

So I started taking snapshots of everything. Cats. Landscapes. My kids’ births (I’m still in trouble for those). Most of the photos were never uploaded anywhere — just quickly deleted. I didn’t care what kind of camera I used, but I started to relearn the basics of photography that I had forgotten from my college photography classes.

But the siren song of an oversize single-lens reflex (SLR) camera proved difficult to resist. Eventually, I bought a top-of-the-line Canon EOS-1D X. Although it took fabulous photos, it was a mistake, of course. All those lenses and backpacks to haul around! When a moment presented itself to be photographed, I reached for my camera bag. By then, it was too late.

I still miss the big camera

Don’t get me wrong. I love what that big camera can do. I can manipulate exposure and depth of field in ways I never could with a smaller camera. I can take incredible cat pictures. But the Canon EOS-1D X had some serious disadvantages. It was so enormous and made such a noise — CLICK! CLICK! CLICK! — when I took pictures, that inevitably people began posing for it. Animals would approach the device, wondering if they could eat it.

If I were a studio photographer, I would have kept that camera and used it every day. But the sheer bulk, which meant I had an extra bag to carry on the plane, doomed my efforts to use the Canon EOS-1D X in the long run.

What I shoot with now

My current camera is my phone: a Google Pixel 3. At the time I bought it, it had the best camera of any smartphone. I’m not going to go into the specs, but suffice it to say that it does a phenomenal job as a point-and-shoot. I love being able to get close to my subjects without them noticing. If you have camera-shy kids, like I do, then the big camera stops you from taking great pictures.

Also, the Pixel is ultraportable. Since it doubles as a phone, my kids never know if I’m taking it out to check email, make a call or take a snapshot of whatever they’re doing. Keeping them guessing is one of the secrets to getting effective family travel photos.

The Pixel 3 handles low-light shots better than anything else I’ve ever used, thanks to a computer-assisted “night” sight. It’s lightning-fast, eliminating most of the blurry shots from previous camera phones. And the video is almost broadcast quality.

Years ago, I asked a photo editor at National Geographic to name his favorite camera.

“The one you have with you,” he said.

I think it took me a while to understand what he meant. When you’re taking professional photographs, you might carry two or three cameras. It’s the one you can get to at that moment, that’s the best camera.

In this shot (above) I had the Canon with me, but the only camera that could capture it was on my phone. I’ve practiced the move — unholster, aim, click — and the move helped me get extremely close to the horses while walking backward.

While I truly love the versatility of a proper digital camera, I travel exclusively with my Pixel. It takes the pictures I need when I need them. For you, the best camera for a family vacation might be an iPhone or a Samsung Galaxy — or, if your subjects don’t move as much as mine do, it could be a larger camera.

One day, when the kids are grown up, I want to tour the world with a medium-format Hasselblad camera and just take pictures. But that’s years away. Meanwhile, my Pixel will do just fine.