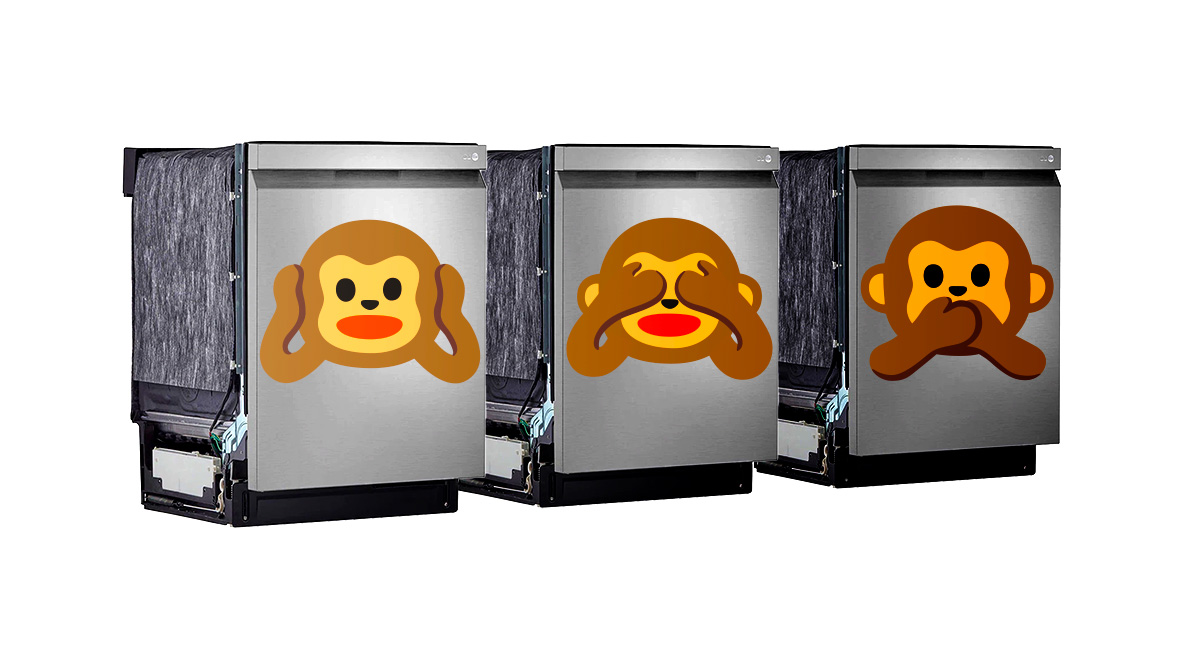 Jason Blanke’s Samsung dishwasher is less than three years old, but it’s ready for the junkyard. It’s leaky, it won’t run, and Blanke’s best efforts to fix the appliance have gone down the drain. But is he entitled to a refund?

Blanke thinks so. He believes an implied warranty covers the appliance — even though his written warranty from Samsung ran out a long time ago. Samsung disagrees and wants to keep trying to repair this troubled appliance.

If you don’t know the answer by now, maybe you work for Samsung. The bigger question is: Can a manufacturer sell you a dishwasher that dies soon after you buy it, and walk away when it can’t repair the appliance? We’ve seen a few recent cases where they have taken that position. And if you are in that situation — stuck with a cursed appliance like Blanke — how do you get yourself out of it?

This Samsung dishwasher problem is worse than you think

Believe it or not,  Blanke’s case is a sequel. He’d purchased a Samsung dishwasher in 2017.

“It had leaking issues and stopped working,” he says. “After five failed attempts to fix it, Samsung refused to allow a return or exchange.”

Blanke appealed to one of the Samsung executives on this site and said the company finally relented, giving him a full refund. He bought another Samsung dishwasher in 2019 to replace the defective one.

But in July, less than three years after he got the new Samsung dishwasher, the replacement started to leak, too. And then it stopped working.

You’re probably wondering what kind of dishwasher he had. It was a Front Control 51 dBA Dishwasher with Hybrid Interior in Stainless Steel. The reviews are priceless.

How do you fix this cursed dishwasher?

Blanke initially wanted to have the dishwasher repaired.

“I called Samsung, and although the dishwasher is out of warranty, they agreed to cover any parts needed so long as I pay for the $200 service call,” he says. “I agreed.”

A technician visited his home and replaced a defective part.

“However, after a couple of weeks, the dishwasher stopped working again,” says Blanke.

He made another appointment with Samsung for a repair. The technician returned, inspected the appliance, and told him the dishwasher needed “a few additional parts.” He promised to return and install them.

Why? Samsung said it could not get the parts.

Blanke asked for an exchange, hoping that a refurbished appliance would perform better than his first two Samsung dishwashers. (I’m not so sure it would have.)

No can do, a Samsung representative told him. The appliance was out of warranty.

So Samsung can’t repair its own dishwasher, but it won’t replace it because the written warranty has elapsed. In effect, it’s telling him he’s stuck with a broken dishwasher, and there’s nothing he can do.

Is a three-year-old Samsung dishwasher covered under an implied warranty?

Is Samsung right? Maybe, maybe not.

Yes, the dishwasher is out of warranty. Blanke’s appliance had a limited one-year warranty that covered parts and labor. He could have extended the express warranty for three to five years but did not.

But as I explain in my ultimate guide to getting a repair, replacement or refund for your broken appliance, your appliance also comes with an implied warranty. The implication is that your dishwasher will last about nine years, which is the average lifespan of a dishwasher. So if your Samsung dishwasher gives up the ghost after just two years, you can file a claim under your implied warranty.

An implied warranty guarantees that your appliance is fit for its intended purpose and meets your expectations. State laws govern implied warranty. But to file a claim, you have to understand what is — and isn’t — covered.

There are two types of implied warranties:

The implied warranty of merchantability means the product you purchased conforms to a reasonable buyer’s expectations. In other words, that the product works for its intended purpose. In this case the merchant, by offering the product for sale, was implying that the dishwasher would wash Blanke’s dishes.

The applicable law (NJ Rev Statute 12A:2-314) says, “a warranty that the goods shall be merchantable is implied in a contract for their sale if the seller is a merchant with respect to goods of that kind.”

Blanke had a strong argument that Samsung sold him a dishwasher that failed to meet his expectations and was covered by an implied warranty.

How to file a claim under implied warranty

What are your options for a Samsung dishwasher repair?

Samsung offers a standard one-year warranty for most of its dishwashers. If your appliance breaks during the warranty period, you can contact Samsung for a repair. However, it offers no assurances on the timing of the repair. We’ve seen some repairs drag on for weeks, even months.

You can also contact an Independent Service Provider for a Samsung dishwasher repair. You may be able to get faster service by contacting a local repair technician. Those repairs might also be covered under a separate warranty offered by a third party. But as Samsung notes, an unauthorized repair might make the problem worse.

These negotiations did not go well

I reviewed the chats between Blanke and Samsung. As I did, I could feel my blood pressure rising. Samsung repeatedly sent him scripted responses, made him wait, and delivered incomplete or inaccurate answers.

Samsung Customer Care Virtual Assistant: No status was found for service request number and telephone number. Would you like to chat with a person?

Blanke: Yes. I had a service call scheduled for today and Samsung canceled it. WHY???

Vardhan (Samsung Care): Hi, thank you for contacting Samsung Care. I’m Vardhan, your Samsung Care Pro today. How may I assist you today?

Blanke: I am without a dishwasher.

Vardhan (Samsung Care): Here is the new ticket for exchange order. Right now it is in pending status and under process review. You will receive the call 3 to 5 business days from Samsung.

(Chat between Blanke and Samsung.)

And of course, the call never came — and he ended up contacting my advocacy team.

Can he get a refund for his cursed Samsung dishwasher?

After all that back-and-forth, there was only one question left to answer: Could Blanke get back the $700 he spent for his dishwasher, or would he continue to draw blanks with Samsung?

There are a few things about this case that I found troublesome. One was that after five repairs in 2017 and a refund from Samsung, he bought another Samsung dishwasher. I wasn’t privy to the terms of that purchase, but the only way that would have made sense is if Samsung offered him a store credit instead of a cash refund.

The other issue was Samsung’s customer service. The chats between Blanke and the representatives were problematic. The automated agent often couldn’t help him. The human representatives were often no more effective, and they made the situation worse. I can’t blame Blanke for yelling by using ALL UPPERCASE. Samsung can do better.

I contacted Samsung on Blanke’s behalf. A few days later, I heard back from him.

“Samsung called and agreed to refund me for the dishwasher,” he said.

That was the right call, Samsung. But you should have done that in July — if not sooner.

I booked a nonrefundable room at the Hampton Inn by accident. How do I fix it?

The ultimate passenger guide to Lyft, Uber and ridesharing