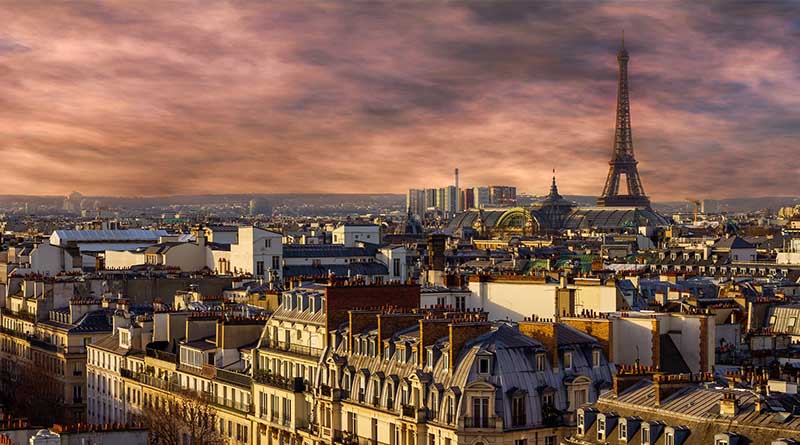 What can you do if your airline goes bankrupt and leaves you stranded in another country?

For Kesleigh Eysie, that’s not a hypothetical question. Last July, she found herself stuck in Paris after Primera Air suddenly canceled her flight home. Although the economically challenged company promised a refund and even an additional stipend, it didn’t follow through. Instead, the airline went bankrupt and stopped operating entirely.

Now Eysie wants to know if there is any way to get her money back from the bankrupt airline.

Eysie’s dilemma should serve as a warning for travelers who are considering buying a low-cost ticket on an unfamiliar airline. Although you may be able to score a bargain basement priced flight, it’s essential to do a little research before plunking down your money. Or, like Eysie, you could end up with a worthless ticket on a bankrupt airline — and a big financial headache.

A perfect vacation that ended with a surprise — no flight home

Eysie and her friend began planning a summer vacation to Europe last April. They found a great deal flying on Primera Air. The price was right for a summer adventure to France, and the duo quickly booked their flights. Neither had ever flown Primera before, but, they thought, what could go wrong?

As it turns out — everything. And that great deal eventually morphed into an expensive misadventure.

“On the morning we were scheduled to fly home, I received a cancellation text,” Eysie recalled. “Primera canceled our flight and could not provide any future alternative to get home. The instructions told us that we should book a flight on a different airline for up to 1,500 euros.”

In a panic, the young ladies started looking for flights home. Eysie says that the cheapest one-way, last-minute fare they could find cost $1,103 per person. It was an Aer Lingus flight connecting through Dublin. As college students, the cost was way beyond their budgets. But having no other choice, the friends booked and paid for their new transportation home using their credit cards.

Primera had given no indication why it had suddenly ceased flying the route from Paris to Boston. So when Eysie arrived home, she submitted her compensation request with no inkling that anything was amiss.

She had no idea the promised $1,103 reimbursement was likely a meaningless gesture from an airline on the brink of bankruptcy.

A delayed refund and suddenly a bankrupt airline

By September, when Primera Air had not provided the promised reimbursement, Eysie began to worry. In fact, the airline had not even responded to her request. But she was still hopeful. She sent a follow-up email that also received no response.

On that day, Primera Air abruptly announced that it was ceasing all operations. The airline was officially bankrupt, and its website quickly went dark. Primera had left thousands of passengers unexpectedly stranded around the world.

With the announcement, Eysie’s heart sank. She now knew that the bankrupt airline would likely never refund her original ticket or the additional $1,103.

“I’m a graduate student, so this additional expense is financially crippling,” Eysie lamented. “We were advised that Bank of America might help — but it turned me down.”

By December, she had given up with both the bankrupt airline and Bank of America. And that’s when she contacted the Elliott Advocacy team for assistance.

What should your credit card company do for you when your airline goes bankrupt?

In October 2017, our advocacy team began to receive a surge of pleas for help from Air Berlin customers. At that time, Air Berlin had similarly, suddenly ceased operations — forever. Air Berlin’s bankruptcy stranded many passengers around the globe. And it also left many would-be passengers who had not begun their journeys with worthless tickets.

At that time, I contacted the Federal Trade Commission (FTC) for guidance. As was explained to me by the senior attorney at the FTC, credit card companies should protect their customers when a merchant goes bankrupt.

The Fair Credit Billing Act (FCBA) is designed to protect consumers against a variety of billing problems. One of those billing problems is when a merchant does not provide the goods or services that it sold. When an airline goes bankrupt, that circumstance should be covered by your credit card company.

There’s a snag though that some consumers hit when they ask their credit card company to reverse a charge from a bankrupt airline or other merchant.

The Fair Credit Billing Act indicates that there is a 60-day time limit for a consumer to claim a billing problem. It was on that basis that Bank of America initially rejected Eysie’s credit card chargeback dispute. But it’s important to note that the 60-day time-limit is not set in stone. Your credit card company can always defend you against a billing problem. It is 100 percent at the company’s discretion.

And in the case of a bankrupt airline, tour operator or third-party booking agent, our team knows that credit card chargebacks have often saved the day for the consumers who contact us. Recently, Bookit and Cancelon have suddenly gone out of business. For those travelers, a credit card chargeback will be their only hope for a refund.

Many of those successful chargebacks have occurred up to a year or more after the initial charge. (See: How to get a refund when your tour operator goes out of business)

So when I read Eysie’s request for help, I was hopeful that she could be another success story.

Will Bank of America help retrieve a refund from the bankrupt airline?

By the time Eysie had contacted our team, she had resigned herself to the fact that the original ticket was the only flight for which she could be reimbursed.

That $487 refund would be better than no refund at all. I advised Eysie to file a formal credit card dispute over the charge from Primera. About a month later, she returned with bad news.

Eysie had received not one, but three rejections from Bank of America for her request for a credit card dispute. These all cited the time lapse from the original charge in April until Eysie contacted Bank of America in December.

It was clear to me from reading Eysie’s paper trail that Bank of America was playing by the book. The investigators were strictly following the 60-day guideline listed in the Fair Credit Billing Act.

I thought a more personalized review of this case was in order. So I contacted Bank of America on Eysie’s behalf.

Asking the credit card company to reverse the charge

I wrote the following request for review to the executive team at Bank of America:

Kesleigh Eysie requested a chargeback dispute with BOA but received a less than helpful response that time had run out for her dispute. I believe this response is in error as last year when Air Berlin went out of business we received guidance from the FTC that consumers could file chargebacks on the worthless tickets as per the terms of the Fair Credit Billing Act. I was told that in these unique circumstances (a bankrupt merchant) that credit card companies have ways to retrieve the money for their customers. In fact, all of the consumers who contacted us about Air Berlin won their disputes which were, in some cases, up to a year from the original date of purchase.

I went on to point out that a credit card company can always defend its customer.

Could you ask your team if they could review Ms. Eysie’s complaint and reconsider her request for a chargeback of the money paid to Primera Air? The response from BOA says they are “required” to work within a certain timeframe — this is not our understanding of how the FCBA can be applied in terms of a bankrupt airline or other merchant.

A friendly face at Bank of America

Soon after sending my email, I received a friendly phone call from an executive at Bank of America. Her resolution team had thoroughly reviewed Eysie’s case. And, although, the lower-level team members had responded appropriately, the executive team recognized this as a unique situation.

Hi Michelle. Thanks again for forwarding the information on this to us. Here’s a quick recap of what we discussed. In line with the Fair Credit Billing Act, our cardholder agreement contains “Your Billing Rights,” which outlines a customer’s responsibility to file a claim within 60 days following the statement containing the disputed transaction. As additional background, the general time frame allowed for chargebacks under the Visa/MasterCard chargeback guide is 120 days from the transaction date. When the merchant is bankrupt, that time frame is generally extended to 120 days from the expected date of service.

However, our Bank of America contact explained, Eysie did not file a dispute claim until December — several months past BOA’s deadline.

But there was a clear explanation for that delay — Eysie had never heard of a credit card chargeback before. When she initially contacted our team, I encouraged her to file a chargeback dispute. Later when it was rejected, I contacted Bank of America directly.

The team at Bank of America took that fact into consideration, and their team ultimately decided to refund Eysie’s ticket. Our contact explained:

In this case, we made the business decision to resolve this [in Eysie’s favor].
For general advice to your readers, you might point out that when cardholders have a problem with a charge, they should contact the merchant immediately. If they want to file a claim with their card issuer, they should reach out promptly – within 60 days of the expected date of service.

Eysie is relieved. She has learned a vital travel lesson about using low-cost budget airlines. Additionally, following BOA’s advice, in the future, she will alert her bank immediately when there is a problem with a charge.

And these are some great lessons for all travelers to learn.