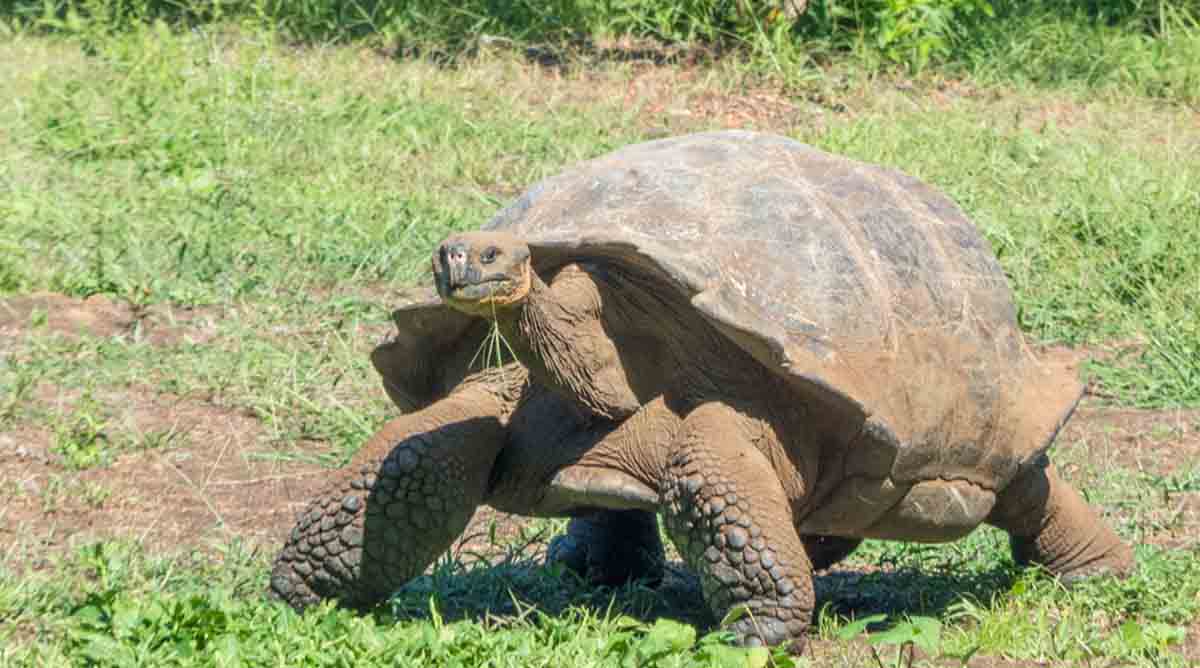 When LATAM Airlines canceled Henry DeRonck’s flight, it should have issued him a quick refund. But the progress of his refund request was slower than a Galapagos tortoise. LATAM’s bankruptcy didn’t help. Neither did Expedia, his travel agent.

Many travel companies, like LATAM, are declaring bankruptcy as the coronavirus pandemic decimates their revenues. So airline passengers may not be able to obtain refunds at all. Or, like DeRonck, they may incur long waits for those refunds without knowing whether they will ever receive their money.

DeRonck’s story shines a light on a couple of issues that resulted in the extensive delay of his refund. One issue involves his booking through a third-party online agent rather than directly through the airline. Another is that passengers might never receive refunds from an airline under bankruptcy protection.

A canceled flight to the Galapagos Islands

In June 2019, DeRonck planned to fly from Guayaquil, Ecuador, to the Galapagos Islands. He purchased two tickets through Expedia on LATAM Airlines for a flight in April 2020 for $739, paying with a Visa credit card.

As the coronavirus pandemic progressed, DeRonck did not seek a cancellation of his reservations. But in March 2020, Expedia notified him that LATAM had canceled the flight.

In April, DeRonck spoke to an Expedia agent. The agent told him that Expedia would initiate a refund of his airfares from LATAM. However, LATAM could take up to eight weeks to issue the refund.

Waiting eight weeks and more for a LATAM refund

DeRonck waited the eight weeks without seeing a refund from LATAM on his credit card. He called Expedia in June and spoke to another agent. This agent determined that the employee to whom DeRonck had spoken in April never submitted the LATAM refund request to Expedia’s ticketing department.

The second Expedia employee agreed to submit the refund request. But she told DeRonck that he would have to wait another eight weeks for the refund. Expedia policy, according to this employee, did not allow her to expedite the refund request. She issued DeRonck a $50 coupon as a goodwill gesture.

DeRonck says about the goodwill gesture: “That’s nice, but it doesn’t put the $739 back in my pocket. Expedia has had my money for over a year, and has not provided any service. That I should have to be penalized because of an Expedia screw-up is unconscionable.”

He then emailed Expedia’s “Director of Customer Experience,” using the executive contacts on our website. He received a “read receipt” notification that day that Expedia had received his email. But nobody at Expedia ever responded to the email.

A LATAM bankruptcy could mean no refund

DeRonck contacted Elliott Advocacy for help in securing his refund. But our advocate Dwayne Coward didn’t have good news for DeRonck.

Was there a smooth path to a refund from LATAM?

DeRonck decided to dispute his credit card charge. And Dwayne suggested that DeRonck file a complaint against LATAM with the U.S. Department of Transportation (DOT). Both actions could hopefully cut through the LATAM bankruptcy fog and yield the promised refund.

DeRonck filed a complaint with the DOT. LATAM responded immediately to DeRonck’s complaint. The airline first notified DeRonck that it had opened a case for him. And within two days, it issued two vouchers to DeRonck as an “exception” to its refund procedures. DeRonck redeemed the vouchers for their cash value, and within two more days, LATAM deposited the funds in his checking account. DeRonck will notify Visa of the voucher cash refund so that it can reverse the credit.

“Apparently, the DOT complaint put the fear of God into [LATAM],” DeRonck says.

He shares the following lessons about consumer advocacy from his case: “Perseverance is the key. Don’t give up. Pursue all avenues (dispute, insurance, complaint), hoping that someone will do the right thing. And don’t use third-party agencies.”

As DeRonck notes, travel companies force customers who use third-party agents to make all requests for help through their agents. This can add layers of complexity to cases that are already difficult to resolve. We advise booking travel reservations either directly through travel companies or through reputable brick-and-mortar travel agents.

What you can do to receive an airline refund

The Elliott Advocacy team recommends that you avoid booking tickets on an airline that’s operating under bankruptcy protection or is in precarious financial condition. (Our publisher Christopher Elliott has much helpful advice about the best way to buy airline tickets here.)

If your airline has canceled your flight, you are still due a refund from the airline. However, bankruptcy protection temporarily relieves airlines from the obligation to issue refunds.

But the Fair Credit and Billing Act (FCBA) covers American consumers who make purchases by credit card, including airline tickets. As our executive director, Michelle Couch-Friedman, notes, “When an airline goes bankrupt, that circumstance should be covered by your credit card company.” She explains why in her article about how to get a refund from a bankrupt airline.

You may be able to successfully dispute credit card charges for tickets on bankrupt airlines. We advise paying for big-ticket items, such as airfares, using credit cards so that the FCBA’s protections cover these transactions.

Note that the FCBA covers only credit card transactions. Regulation E of the Electronic Fund Transfers Act (EFTA) covers debit card and automatic check withdrawals from bank accounts. It provides that once a customer has notified a financial institution of an error, the institution must:

But the EFTA’s definition of “error” does not address prepayments for purchases that a customer authorizes but does not receive, such as unused airfares. These transactions may not receive any protection from the EFTA. You can read more about how Regulation E may (Or may not) protect you should you use a debit card for your purchases in Michelle’s article on the topic here:

Other actions you can take

We advise credit card disputes only after exhausting all other courses of action. Meanwhile, you can take the following steps to self-advocate your case:

You can also file complaints with government agencies against travel companies as well as your state’s attorney general’s office. Such a complaint should encourage your airline or travel agency to respond to your refund request.

And if none of these actions airlift your refund, our advocates at Elliott Advocacy are ready to help you!