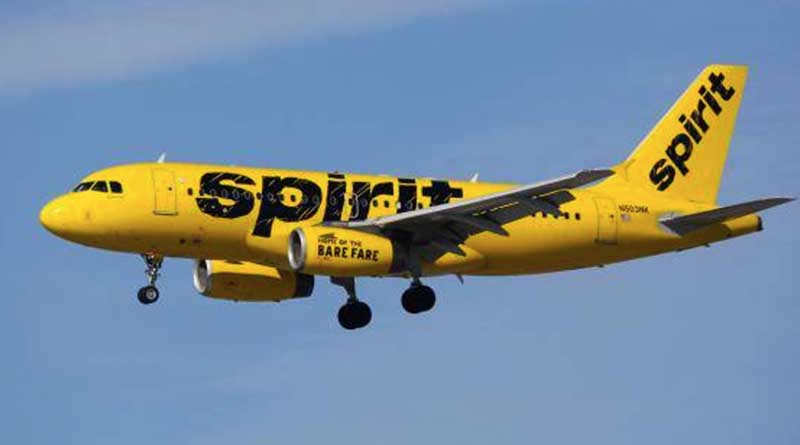 My daughter and I were on a Spirit flight from San Francisco to Baltimore that the airline had overbooked. We volunteered our seats and were given vouchers for two “free” round trips each (they had increased the offer from one to two “free” round trips after getting no takers at first) and were placed on the same flight the following day.

Today I used our vouchers to book two “bare fare” seats (no bags or extras) online on a future Spirit flight from Baltimore to Boston. The total cost for the two round-trip seats was $214. When I applied two of our vouchers, each voucher was only worth $12.

Thinking this must be an error, I called and spoke to a Spirit representative. She confirmed that each of the vouchers we used for our “free” round trips in this instance only had a value of $12, and the remaining was my responsibility. She explained that the vouchers only covered the “flight” portion of the trip. This wasn’t even true; my receipt said that the base fare was $129 — the numbers don’t add up.

So, in effect, Spirit raked in two additional full fares on my return flight by overbooking it, and instead of receiving the promised “free” round trips for volunteering to be bumped my daughter and I received what amounts to a measly 12 percent discount on two additional round trips. I am unlikely to use the remaining two vouchers if this is their practice. How can they get away with this? John Dignam, Catonsville, Md.

When I took a look at your reservation using your “free” flight vouchers, I agreed that something looked very wrong.

While it is true that the Spirit Airlines vouchers only cover the base fare of your flight and do not include any taxes, seat assignments or other governmental fees, the meager amount that Spirit deducted from your total seemed to have no rhyme or reason.

Your base fare was $129, and there were a variety of other fees listed under the heading “The Government’s Cut.” These fees brought your total for each ticket to $214. If Spirit had applied the vouchers as they were intended, you should have been responsible for $170.

But for some inexplicable reason, just $12 was applied for each ticket as the value of the vouchers.

Knowing that airline math can be fuzzy, I went to our contact at Spirit Airlines and asked for an explanation. (We list Spirit contacts in our company contacts)

And when he took a look at your ticket confirmation, he also could not figure out why your vouchers were only showing a value of $12. After some research, he concluded that, in your case, this was a computer glitch.

Because of your inconvenience, Spirit refunded the entire cost of your ticket and paid for your seat assignments.

You were pleased with this outcome, but you admitted that it didn’t convince you that this was just a computer glitch. Since you had two more vouchers, you tried a variety of other routes and dates and provided screenshots of just how flexible the value of these vouchers can be.

In some cases, the voucher value was as low as $3 or as high as several hundred dollars.

I went back to our contact at Spirit, for a little more clarification of the current voucher program. He reviewed your new “evidence” and confirmed that in each of these cases, the Spirit had applied the vouchers correctly.

So how can that be?

The answer is the dynamic pricing of Spirit tickets.

If the cost of the airfare is $1 it would be covered. And I don’t include $1 to make a seemingly ridiculous point. Our business model allows us to have many fares that are under $10, as low as one cent. As with any airline ticket – on any airline – the fare is based on demand. When fares are as low as a penny it is usually to stimulate demand.

If someone books a certain flight when there is low demand, they’ll get a very good deal if they are buying tickets at that time, but it might not be a good deal with a voucher. If somebody is trying to book a certain flight when there is high demand, they might not get as good a deal if they’re buying, because the price will be higher, but they will get a great deal with the voucher.

So depending on the flight they choose and when they decide to book, there could be a wide range of the fare. That’s why he’s seeing the fluctuation in voucher value.

And our contact reiterated that the Spirit Airlines vouchers never cover taxes or mandatory government fees. He also provided a copy of the card that you signed when you agreed to be bumped from the flight. It explains what the voucher will cover and what it will not.

I reviewed all of your new examples. Based on the above explanation, it appears that Spirit Airlines did apply the vouchers in the manner intended.

And there is good news for Spirit Airlines’ customers. In its continued effort to “dramatically” improve its customer service model, there are many changes in the works. One of these changes is a revamping of the voucher program so that it is more attractive and transparent to Spirit passengers.

Based on the requests for help that we receive from confused Spirit Airlines’ customers, this sounds like a good thing for consumers.

March 2018 update: Since this article first appeared last October, Spirit has added a more thorough explanation of the Spirit Airlines voucher program to its website.