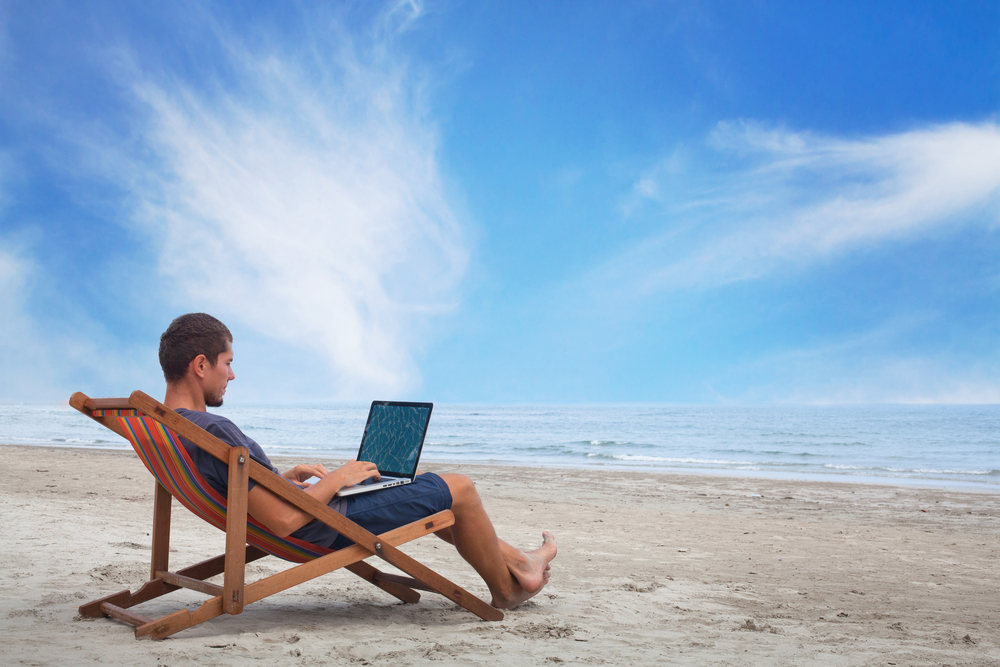 It has been one of the most unquestioned pieces of travel advice since the first WiFi hotspot flickered to life in an unnamed hotel more than a decade ago: If you want to stay connected while you’re on vacation, you can save a bundle by skipping a pricey cellular roaming plan and using a wireless Internet connection instead.

And it works – except when it doesn’t.

This is one of those times when it doesn’t. I’m sitting outside someone’s apartment in Unterkirnach, a village in Germany’s Black Forest, trying to log on to a wireless signal. It’s a cold, windy spring morning, and people are staring at me. I took my own advice about saving money while connecting abroad. Now I regret it.

Wireless hotspots in Germany, it turns out, are usually locked down tight and password-protected. But at least there are hotspots to connect to. Elsewhere, wireless Internet coverage is spotty or prohibitively expensive, or both.

If you want to stay connected when you’re traveling internationally this summer, there may be only one way to ensure that you can stay in touch American-style: Ask lots of questions, do your research, and avoid some of the common but erroneous assumptions that travelers make.

First among them is taking wireless Internet connections for granted. That may be possible in the United States, but cross the border, and WiFi becomes a luxury. Yet many travelers, says Michal Ann Strahilevitz, a marketing professor at Golden Gate University in San Francisco, regard a fast wireless connection on the road as a utility, like running water and electricity, or at the very least, as an essential hotel amenity. Charging us extra for a WiFi connection is a little like billing us for heat or air conditioning, she says. “Even if the total bill was lower, we would be furious.”

My recent vacation rentals in Germany and France came sans wireless. Instead, I relied on my AT&T iPhone, with an expensive international roaming plan, to check e-mail.

“WiFi does not have the ubiquity of 3G or 4G cellular,” says Ritch Blasi, a retired cellular company executive and frequent traveler. A smarter solution is a wireless plan with a generous data allocation, which allows you to tether your laptop to your cellphone, or using a service such as Boingo (Boingo.com), which connects you to a collection of premium public networks, he says.

But those solutions require the presence of a wireless network or a strong cellular signal – not always a given. I’m writing these words as I sit on a park bench, with only two bars of wireless. It looks as if it’s about to rain.

Second mistake: assuming that your connection will be reasonably priced. Fast WiFi can come with your room, or there may be a modest fee – or a not-so-modest fee. A few days ago, I checked into a business hotel in Paris that offered a “free” WiFi connection through a company called Swisscom Internet. But the download speed was torturously slow, so I splurged for the faster premium option, priced at 15 euros (about $21) a day. That roughly doubled my connection speed.

Moreover, there doesn’t seem to be any rhyme or reason to hotels’ wireless fees. Many budget hotels, even abroad, include wireless connections in their room prices, while so-called “full-service” properties frequently add hefty connection charges.

Gary Arndt knows about overpriced connections. He’s been on an open-ended around-the-world trip for the past eight years, and if there’s one thing he’s learned, it’s not to take a wireless connection for granted, ever. He just returned from the island of St. Helena in the South Atlantic Ocean, where WiFi cost £12.30 (about $21) for two hours, with no discounts for longer or shorter periods. “The most expensive WiFi I’ve seen in the world was at a two-star hotel in central London, near Paddington Station – $65 a day,” says Arndt, who blogs about his adventures on the Web site Everything-Everywhere.com.

Even if you can find a reasonably priced wireless connection, it may be a mistake to hook up. A recent study by Private WiFi, an Internet security firm, found that nearly 2 out of 5 Americans access sensitive information when they’re on a public wireless network. Among the lapses: checking a bank account (26 percent); paying a bill (19 percent); and revealing a Social Security or account number by e-mail (8 percent). Although these aren’t inherently dangerous activities, you can unwillingly expose your personal details to a hacker if the network isn’t secured.

So maybe the Germans are right when they password-protect their wireless networks, as opposed to, say, the Americans or the French, who offer WiFi at no charge in public places. You can’t be too careful these days.

Even when a network is access-limited, that doesn’t necessarily mean that you’re out of options, says Andrea Eldridge, the chief executive of Nerds On Call, a computer and laptop repair service. “Try asking for the password if your mobile device finds a network that you’d like access to,” she says. “Many shop owners are happy to oblige.”

Many, but not all. On my trip, I discovered that the famously privacy-conscious Germans are reluctant to offer you their passwords; the French don’t seem to mind; and the Italians are fine with it, except that having a wireless signal isn’t a given. (At one hotel in the Italian Alps, I mentioned that the wireless signal appeared to be offline. “There will be no Internet today,” shrugged a woman at the front desk. “Maybe tomorrow?” She was half right. There was no Internet that day, nor the next.)

Bottom line: The tried-and-true advice about using WiFi while you’re away to save money on an international roaming plan is neither tried nor true. You can’t count on a reliable or affordable wireless connection while traveling

Maybe you’re better off doing without. After all, you’re on vacation.