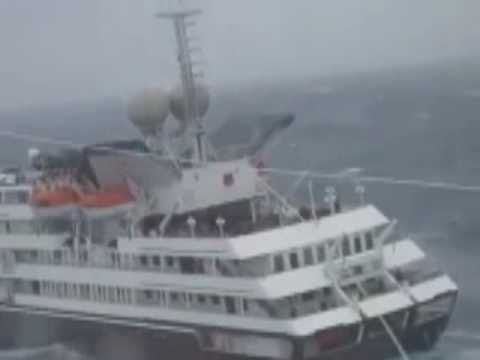 I‘m a poster boy for Dramamine, the motion sickness medication parceled out to seasick cruise passengers. But all the pills in the world won’t cure the made-for-TV drama that’s been unfolding at sea recently.

Exhibit #1: The Clelia II, a small ship with 88 Americans on board, which was hit by a massive storm between South America and Antarctica last week and had to return to Argentina. The video (above) says it all. It was a bumpy ride. One passenger said he thought he was about to meet his maker. “I thought this was it,” he told the Philadelphia Daily News. “I never came so close to cashing it in.”
END_OF_DOCUMENT_TOKEN_TO_BE_REPLACED Well, my invitation to Google Wave showed up this morning (if you’re on Wave, here’s how to reach me). Wave is described as an online tool for real-time communication, but I’ve been following its development since this spring, and for me, it represents more than that.

Wave is something of a metaphor for the changes taking place in journalism, and specifically in travel writing.
END_OF_DOCUMENT_TOKEN_TO_BE_REPLACED