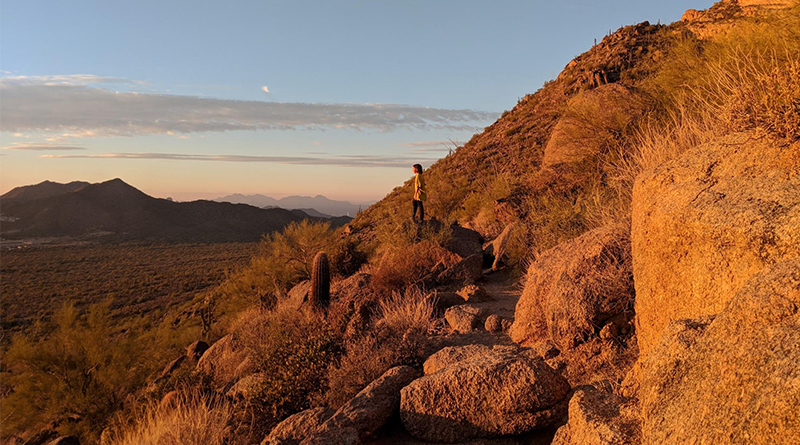 The suburbs of Arizona’s most populous city are probably the last place you’d expect to find adventure. But you don’t have to look far past the walls of its master-planned communities to discover a wilder side of this place. END_OF_DOCUMENT_TOKEN_TO_BE_REPLACED

Another day, another TSA screening video.

This one came to us earlier this week from Ryan Miklus, who was flying from Phoenix to Reno with his parents for the Memorial Day weekend. The woman at the start of the clip is his mother, Carol.

Miklus claims she was groped by a TSA agent, and when she asked for a police officer, she was escorted from the screening area and missed her flight. She was screened the next day in Phoenix and traveled without incident.

The TSA has already weighed in on this dust-up with its usual statement.

I spoke with Miklus by phone yesterday to get his side of the story. I was particularly interested in the moments before he began filming.
END_OF_DOCUMENT_TOKEN_TO_BE_REPLACED Outraged? No, those of us who fly suspect this kind of thing is happening at every major airport in the country. It’s the only explanation.

The Unclaimed Baggage Center would have to be ten times its size if every piece of lost luggage ended up there.

And so we see this when we pick up the morning paper: News of nearly 1,000 pieces of stolen luggage being found while police served a search warrant at a home near Phoenix.

Here are details from the Phoenix police department.