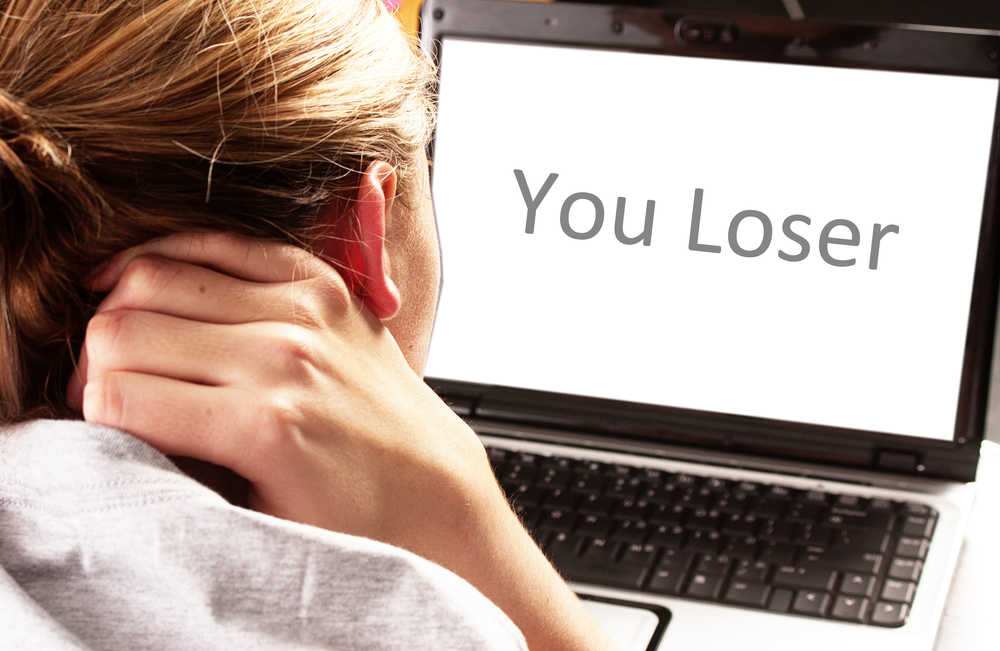 I know as much about bullying as the average father of three young children. Which is to say, I’m a subject matter expert. But Stephanie Kong’s request for help may not be easily solved, and I’m hoping you can help me.

Kong publishes a small personal website called Obedient Chinese Daughter, which has attracted its own troll. But Kong believes she knows this critic and says the company that employs him won’t help her put an end to the unwanted visitor’s angry comments. She wants me to step in and do something about it.

As a reminder, Should I Take The Case? is a completely unvetted reader request for help. I need your help deciding if I should get involved.

I should probably start with a huge disclosure. I really don’t like cyberbullies and trolls. I’ve dealt with them on this site and, on occasionally, on other sites. Last week, my moderation team made the exceptionally difficult decision to suspend two long-time commenters for posts that violated our policies. It was one of the most difficult things I’ve ever done on this site.

But they weren’t trolls. Those are in a class by themselves, when it comes to being difficult. I like the way Lindy West dealt with her troll. (Warning: this link leads to an audio story with salty language, and that’s putting it mildly.)

Something tells me this one won’t end the same way.

“About four months ago, I received on two separate occasions some rude comments on my personal blog,” says Kong. “The second one had a lot of information related to my former employer, leading me to realize it was a former colleague. Upon clicking the IP information, I realized it was coming from a small health-related startup and was therefore coming from a colleague whom I had tried to distance myself from starting in 2013.”

Some of the comments can’t be republished on this site because of their offensive language. Others include hurtful rejoinders like, “You are the biggest hypocrite” and “You are seriously an idiot.”

Kong went through the usual steps. She contacted the employee directly, to no avail. She got in touch with the employee’s supervisor and received no response. Finally, she wrote a letter to the CEO of the alleged troll’s current employer, a Palo Alto, Calif., healthcare company called HealthTap. Here’s an excerpt:

I’m disappointed that your company, one that claims to employ only people who respect others and wants to improve the health and wellbeing of your customers, did not step in to communicate to employees how company time and computer equipment ought to be utilized.

I write because research shows that 25 percent of females report being cyberbullied and often with dire physical and psychological consequences. I am able to ignore unkind words of the anonymous HealthTap employee but I would like to think that your company is taking steps to communicate digital expectations to your employees so that they are not continuing to use the time and technology — that they should be using to grow your business — to cyberbully or otherwise behave in impolite ways towards other people.

Kong also sent evidence — the offending posts, along with screenshots.

The reply? Nothing, she says.

I find that odd. I can understand the employee ignoring the request. After all, he’s the alleged bully. But his supervisor? And the CEO, too?

Kong just wants an acknowledgment. She wants to know that something is being done to stop her alleged bully.

I think, ultimately, I was hoping the company would have said to me, “We got your communication. We’re going to look into this because we agree that this isn’t how we want our company represented and how we expect our employees to behave.”

I am surprised that despite an email to an employee, a letter with all the evidence and also two emails that I sent via their website, I didn’t receive any confirmation.

On their website, they have so much information about how their company functions: the transparency, the respect, the importance of the integrity of each team member. I just feel like they owed me — me being a proxy for the public, as who knows how much more this individual may be doing this.

This is an interesting case. It raises issues that I don’t normally cover on this site. Chief among them: Are employers responsible for employees who act inappropriately, even when they’re not on official company business, but using company property? What does a company that touts its “transparency” owe someone who isn’t a customer?

I’m also reminded of our current situation on this site. Do we have a duty to stop hurtful comments from being published, even if they are true? I think so. That’s why I’m trying to stop the snark. That’s why two commenters have been suspended. We don’t have to look like the rest of the Internet.

But other than acknowledge the correspondence, what can a company like HealthTap do? Even if it promised her it would deal with the employee, would that be enough?

As someone who has dealt with bullies my entire life, from schoolyard thugs to the Department of Homeland Security, I have a lot of sympathy for Kong. I want to help. But will a few words be enough for her?