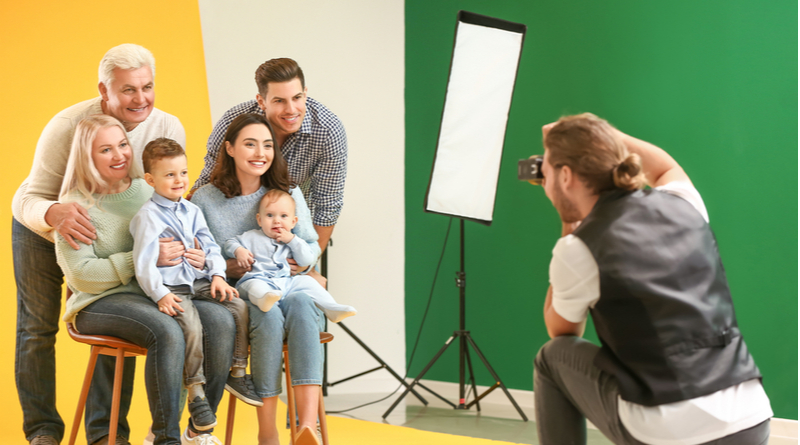 Troy Nicholas’ missing JCPenney studio photos of his grandchild disappeared at the start of the pandemic. He had prepaid for the images two weeks before he was supposed to pick them up. Now that the studio was closed, would he ever receive his photos?

Nicholas’ story provides a reminder that many businesses are unable to operate normally during the pandemic. Customers need to allow them extra time to deliver goods and services.

On February 29, Nicholas and his wife, Vikki, took their grandchild to a JCPenney portrait studio in a mall in Knoxville, Tenn. They paid $142 for the sitting. A studio staffer told the Nicholases that the pictures would be ready on March 13.

But on that day, the coronavirus became a pandemic. The store closed before Nicholas could pick up the photos.

So what happened to the missing JCPenney studio photos?

Despite the pandemic and store closure, Nicholas still hoped he could get the photos. He tried contacting JCPenney multiple times over the next four months, without success. He had no idea what had happened to his missing pictures.

Then the Knoxville store reopened. The Nicholases visited the store several times to ask for the photos. But the studio was still closed. And nobody at the store could tell them when they could expect their photos. As both of the Nicholases are chronically ill and immunocompromised, they did not want to continue to return to the store personally.

While we understand that the pandemic would cause some problems, the lack of service we have received is unsatisfactory. We have attempted to call the store and JCPenney 800 numbers numerous times throughout the past four months. In addition, our store has been opened up for business for several weeks now. We still have not been able to receive the pictures we ordered and paid for. My wife and I have stopped inside the store several times and have found the studio still closed. More importantly, no one in the JCPenney store was able to provide answers.

The Nicholases followed our self-advocacy advice and observed the three Ps — patience, politeness and persistence. They escalated their contacts to each executive after a reasonable time. But they received no assistance. And their missing JCPenney studio photos seemed to have disappeared into oblivion.

Promises, promises … during a pandemic

In an FAQ titled “How long does it take my order back from the studio?”, JCPenney’s website states:

After placing an order at the studio, it typically takes 7-10 business days to receive your items. … You will receive an email receipt which will include your order summary. If you have not received your items by the pick-up date, simply call us at 1-800-597-6453.

And to the FAQ “What should I do if I haven’t received my emailed order summary?,” the website reads:

You may call your local studio and request for them to resend the order information to you, or you may contact our Customer Care Department via chat or call 1-800-597-6453 and request a new email.

But exercising these options assumes that a JCPenney representative will be available to answer your chat or phone call. As many consumers, including the Nicholases, have discovered the hard way, promises of assistance don’t mean much during a prolonged store closure.

Had the Nicholases purchased digital images instead of prints, they might have received their missing JCPenney studio photos much sooner. JCPenney’s website indicates that digital image customers “will receive an email notification from Lifetouch + Shutterfly within 24-48 hours that will allow you to claim and view your images.” The Nicholases purchased traditional prints of their grandchild, so this option was not available to them.

Although the Nicholases received no help from the JCPenney executive contacts in our database, they still hoped to receive their photos. They turned to our advocacy team for help.

Our executive director, Michelle Couch-Friedman, reached out to the Knoxville JCPenney store. A week passed with no store response, which had not changed its telephone greeting since April. She then contacted JCPenney’s corporate office. Six days later, Nicholas notified us that he finally received the missing JCPenney studio photos.

Slow service during the coronavirus pandemic

Unfortunately, the pandemic has upended normal business operations, often resulting in major delays. Many businesses have either closed or are operating with limited hours and smaller staffs. We recommend allowing businesses additional time to fulfill prepaid orders, ship goods or provide services.

You can take the following steps to pursue a case of missing goods and services:

If you still don’t receive satisfactory service after taking these steps, contact our advocates. We are always ready to assist you!