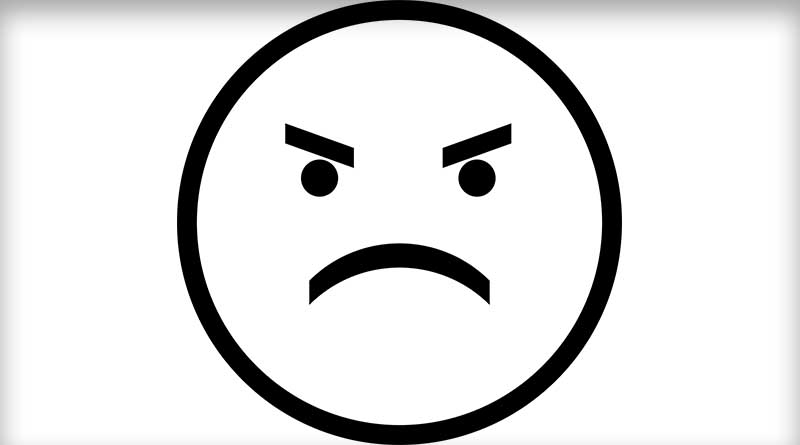 Should Laura Ingraham return to FOX News tomorrow? That’s not something a consumer advocacy site can answer, but it hasn’t stopped you from trying.

And our readers are going about it in an interesting way, using techniques they learned from this site. So let’s talk about Ingraham, her advertisers, and the role consumers play in determining what gets aired on TV — and what doesn’t.

For those of you just tuning in, here’s what we’re talking about.

David Hogg Rejected By Four Colleges To Which He Applied and whines about it. (Dinged by UCLA with a 4.1 GPA…totally predictable given acceptance rates.) https://t.co/wflA4hWHXY

Hogg is one of the survivors of the Parkland, Florida, school shooting.

To which he replied:

Pick a number 1-12 contact the company next to that #

In response, many advertisers bailed out on Ingraham’s show. Ingraham said she was sorry, but Hogg rejected her tweeted apology. Although FOX News insists Ingraham will return tomorrow, it appears most of her advertisers won’t.

If you’re a regular reader of this site, you know I try to avoid politics. But I also have my own opinions, which I disclose on my personal site.

Needless to say, I don’t see eye to eye with Ingraham on many issues. But my problem with her isn’t political; it’s her lack of politeness. Telling people who disagree with her to “shut up” and taunting a teenager who survived a massacre for not getting into the college of his choice? That crosses a line, no matter who does it.

In a civilized society, shouldn’t we should be able to disagree with one another without the insults?

By the way, if you’re looking for insights into how FOX News operates, I highly recommend Jen Senko’s 2016 documentary The Brainwashing of My Dad. I watched it with my dad, who loves FOX News, a few nights ago. Boy, that did not go well!

Maybe Ingraham’s sin isn’t being a Republican, but being rude. Then again, maybe not.

Consider Pat Andersen, who wrote to me shortly after Ingraham’s dust-up. Her comments were directed at TripAdvisor, one of Ingraham’s advertisers.

“I will NOT use TripAdvisor until advertising is restored to the Laura Ingraham Show on FOX,” she wrote. “Caving in to the demands of a high school student simply because Laura Ingraham told the truth about David Hogg, apologized and the apology was rejected, in my opinion, is NOT a company I choose to do business with.”

I am boycotting ALL companies who have withdrawn their advertising from the Laura Ingraham Show in order to stand up for our First Amendment freedom of speech and believe David Hogg and those who support him are doing their best to manipulate companies to silence things they don’t want shared!

I tried [TripAdvisor’s] phone number and could never get through to a person. The other number listed on your website did not work. I’m not impressed with your customer service or ability to be contacted and hope this email gets to the right person.

To the point, though: Andersen is taking a page from my playbook. Don’t like what a business is doing? Then don’t do business with it. If enough outraged FOX News viewers weigh in to express their displeasure, don’t you think TripAdvisor would respond by restoring its ads on Ingraham’s show?

On the other hand

But then I heard from Marquetta Baptist, another reader, who had strong words for Honda, another Ingraham advertiser.

Honda has removed its ads.

Both Baptist and Andersen appear to have political reasons for their threatened boycott. I take a more practical view of this kerfuffle. As a journalist, I believe people like Ingraham have a right to free speech. But this isn’t a First Amendment issue. No one is censoring a talk-show host. Advertisers are simply choosing not to advertise on her show.

Should consumers leverage corporate advertising to get their way?

Should consumers like Baptist and Andersen use the threat of a boycott to force FOX News to either drop or retain a controversial host like Ingraham?

I’ve been the target of a boycott before. I can tell you that the results tend to be mixed. Media outlets don’t like being bullied any more than the guests on their shows. I’m not surprised that FOX News doubled down on Ingraham after she left last week on a “planned” vacation. That’s what established media organizations like FOX News reflexively do.

Still, Ingraham is almost certainly damaged goods. FOX News executives are unhappy. If you’re already on thin ice — which, reports suggest, Ingraham is — then an advertiser boycott means she’s off the CEO’s Christmas card list. Her long-term prospects are not the best. If I were Ingraham, I’d be dusting off my résumé. And also, maybe setting up an appointment with an etiquette coach.

My greatest disappointment isn’t that people are riled up. It’s that they’re riled up about this.

I mean, come on! What has Ingraham ever done for American consumers except make them angry? What has FOX News done to combat evil corporate deeds like junk fees and unethical billing practices except to promote a recklessly unregulated marketplace?

Isn’t it time we leveraged our wallets for real good instead of falling for this manufactured outrage?

Here’s your poll. The comments are open.