Elliott AdvocacyHere to Help
Home Commentary No, you probably can’t afford this – but pay attention, anyway 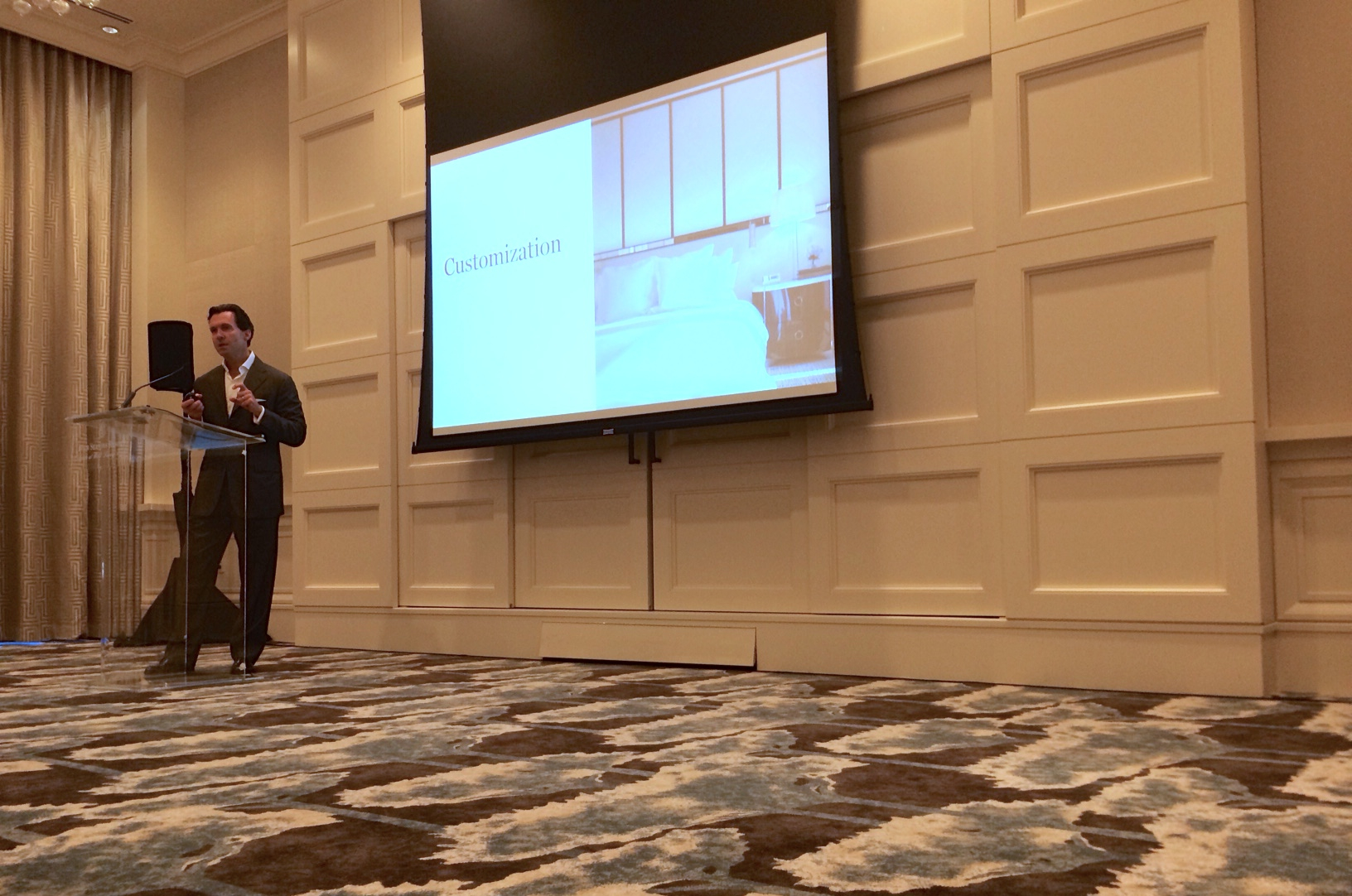 The largest Four Seasons hotel in the world opens today in Orlando, and since I live in Orlando, I’m here to witness the spectacle.

This is a picture of Christopher Norton, the company’s executive vice president of global operations, explaining why this hotel is worth paying attention to. Even if you never pay for one of its rooms.

Did I just say flights? Yes, I did.

Four Seasons is introducing a private jet that will shuttle passengers from one hotel to another on one of its round-the-world itineraries in 2015. Each plane comes with its own concierge and chef. You’ll find no unbundling and no extra fees on these flights.

About that new hotel, though. Four Seasons originally acquired a parcel near Celebration, the Disney-inspired community just across I-4, back in 2002. Disney asked Four Seasons to move the project on campus. This put the development within a few minutes of the Magic Kingdom and several other popular theme parks.

The Four Seasons Orlando features 444 rooms, an 18-hole, Tom Fazio-designed golf course, and marble. Lots of marble. I’m going to explore the hotel a little more today and I’ll send out a few photos via social media. If you’re not following me on Twitter or Facbook, please do. It’ll be worth it.

I remember the first story I wrote as a professional travel writer, about a certain all-inclusive resort in St. Lucia. Remember the bugs? Some of you, who have been reading me for years, know exactly what I’m talking about.

As a customer service guy, I’m fascinated by what Norton said about the Four Seasons’ future plans. I didn’t realize how innovative Four Seasons has been in the hotel industry. It was the first hotel chain to offer mini-soaps and shampoos in its bathrooms, 24-hour concierge service in the United States and laundry service. Who knew?

The private jet almost made me spit up my coffee. It’s so over the top, with its custom Italian lie-flat seats and trademark, understated interiors. I know that I haven’t got a prayer of ever seeing the inside of one of these. And yet, says Norton, customers are asking for it.

And, to channel a little Steve Jobs, there’s “one more thing” — Four Seasons is unveiling a new, customizable hotel bed next year.

Beds aren’t a fashion statement, their market research shows. So Four Seasons has done away with the colors and the elaborate bedspreads, gone all-white and created a new, fluffier bed. Internally, their codename is the “fat and sexy” bed.

The new beds can be set to a soft, medium or hard mattress. Initially, guests can request the customization when they arrive. But Four Seasons plans to collect mattress preference data for its customers, so that the mattress will be set automatically before you check in.

I have to be honest, with room rates around $500 a night at this Four Seasons, it’s unlikely I’ll ever be able to book a weekend here. I definitely am on the private jet’s “no fly” list.

But Four Seasons is worth following. What you see here now, you’ll probably see at other hotels in coming years. It may have just started Bed Wars II.

Like me, you may not be able to afford the Four Seasons. But you probably can’t afford to not pay attention to what it’s doing.