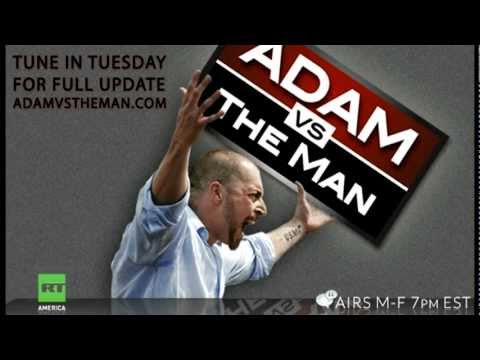 The Thomas Jefferson Memorial in Washington is a popular tourist destination, but on this Memorial Day weekend, it was also the scene of a memorable protest that’s worth paying attention to.

A court recently ruled that expressive dancing was in a category with picketing, speech making, and marching – a banned activity at national memorials.

Several protesters decided to challenge the decision on Saturday afternoon with a protest organized through social media (here’s the Facebook page, the Twitter hashtag and blog.)

Their dance inside the rotunda of the memorial didn’t last long. Park police quickly arrested the protesters. Here’s another camera angle of the event.

This NBC report has some of the best footage of the protest.

Whether you agree with these activists or not, I think there are a few things about this that are noteworthy and that could affect travelers.

First, there’s the deep irony of the event. Jefferson, a man who once said, “What country can preserve its liberties if its rulers are not warned from time to time that their people preserve the spirit of resistance?” may be a hero to the protesters, and indeed to many of us, but you don’t have to be politically active to be aware of the absurdity of the “no dance” ruling at, of all places, the Jefferson monument. TJ is probably spinning in his grave.

Second, the fact that people taping the event were threatened by the park police — you can see that in the first video — is troubling. There’s no rule I’m aware of against filming in the park. Here are the Park Service guidelines for photography.

Also, the apparent brutality of the arrests should concern anyone, regardless of party affiliation. Wrestling a dancer to the ground? Putting someone in a chokehold? Come on. I thought that kind of thing only happens in a police state. Maybe I’m not fully appreciating the danger these protesters caused.

Finally, what it means to all of us? My family visited the Jefferson Memorial on a blistering hot August day last year, and my middle child likes to move a lot. It could be interpreted as dancing by park police. Are they going to cuff a six-year-old for shuffling around a national monument?

More bothersome to me is the apparently heavy-handedness with which law enforcement dealt with this minor infraction of national park decorum. If this is what they do for dancing, I’d hate to see how they’d treat someone who is littering or jaywalking.

Another protest is planned June 4. Perhaps that one will end differently.