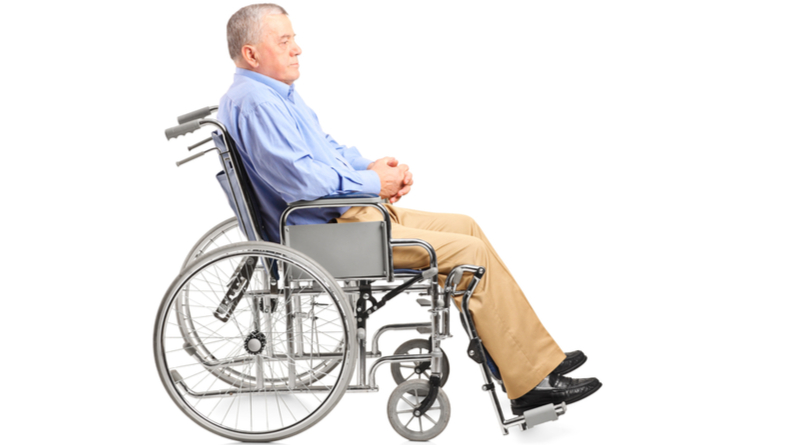 The wheels came off Olga Rudyk’s vacation when she and her husband discovered that their “wheelchair accessible” hotel in Israel wasn’t accessible at all. Neither was a refund from the hotel. And everything Rudyk did to obtain one made things worse for her case — until Elliott Advocacy stepped in.

Rudyk’s case is a saga of booking and self-advocacy errors from beginning to end. It contains two valuable takeaways for travelers. First, book reservations directly with a travel company or through a reputable brick-and-mortar agent. And second, observe the three Ps of self-advocacy: politeness, patience and persistence. Had Rudyk done so, she might have received her refund much earlier.

The manager assured them that the hotel was accessible

Rudyk and her husband planned a visit to Israel. They researched hotels in the Old City of Jerusalem using Agoda, a third-party travel booking website. The Hashimi Hotel, close to the Church of the Holy Sepulchre, seemed particularly promising. The listing on Agoda indicated that the hotel was wheelchair accessible.

Before booking the hotel, Rudyk wanted to ascertain that her husband would not have to navigate any stairs to access the hotel. He uses a motorized wheelchair that weighs over 200 pounds when occupied.
She called the hotel and spoke to a manager, who assured her that the hotel had a side entrance with no stairs. Reassured, she booked a triple room for three nights using her American Express card.

Two Hashimi Hotel employees met the Rudyks when they arrived at about 11 p.m.

Rudyk describes what happened next:

When they saw that my husband was in a wheelchair, they immediately shook their heads. They told us that there were a number of stairs we needed to climb to get to the elevator. It would be impossible since the chair is extremely heavy. They called the front desk and explained the situation, but there was nothing the front desk staff could do to help.

There was no ramp to the elevator and my husband would not be able to enter the hotel. I then asked if they could help us find other accommodations. They said the reservation desk was closed for the night. The two young employees went back to the hotel and returned with our luggage.

Unable to access their paid-for rooms in the Hashimi Hotel, the Rudyks called other local hotels. Unfortunately, no rooms were available and each hotel instructed the Rudyks to “call back in the morning.” According to Rudyk, she and her husband spent the night in the Hashimi Hotel van. The next day, they found another hotel room.

Rudyk then requested a refund of the hotel charge of $535. But both Agoda and the Hashimi Hotel denied the request. The Hashimi Hotel had a policy of denying refunds for cancellations without three days’ notice.

Both the hotel and Agoda insisted that the Rudyks voluntarily canceled their stay. And each pointed its finger at the other party, denying responsibility for the refund.

Rudyk was justified in her anger at discovering that her “wheelchair accessible” hotel wasn’t accessible. And the lack of assistance from both the hotel and Agoda was certainly infuriating.
But we never advise any of the steps in her subsequent course of action.

She disputed the charge with American Express, which denied her chargeback request. Then she made several complaints to various other consumer and government agencies. Next, she sent a series of aggressive emails to Agoda and the hotel demanding a full refund of the charge: “It is disgraceful how each one of you is blaming the other entity. Agoda says Hashimi will not refund. Hashimi says that it is Agoda that refuses to refund. You should all be ashamed of yourselves.”

Rudyk also left a post on Trustpilot, a review site, describing her experience. The post concludes, “I will forward this information to all booking sites so that future travelers are aware of this problem we had. Social media should flag Agoda and Hashimi Hotel.”

An Agoda employee emailed Rudyk in response to the post, reiterating the hotel’s cancellation policy restriction. He offered Rudyk “AgodaCash,” or loyalty points, worth the value of the refund. But Rudyk responded:

I have no idea what your points can book and I have no intention of deleting my post to Trustpilot. And I have already forwarded my complaint to the Better Business Bureau, the Federal Trade Commission, the Federal Reserve Consumer Complaint Board, the Office of the Comptroller of the Currency and the Consumer Financial Protection Bureau. I expect they will be contacting you shortly.

Each day that my credit card does not receive a refund for the entire charge of $535 I will post on other social media sites. I will let Priceline, TripAdvisor and Facebook know what horrible service you provide. The only way to avoid any further action on my part is to reverse your charge and credit my American Express credit card with a full refund of $535.

As noted above, Rudyk would have done better to have followed the three Ps of self-advocacy. Aggressive language, accusations, threats, and negative publicity alienate customer service representatives and executives. They usually do nothing to motivate companies to resolve consumer problems in favor of hostile customers. And in Rudyk’s case, they had a predictable result. None of the parties in her case would assist her.

Could Elliott Advocacy ramp up a happy resolution?

Intensely frustrated, Rudyk turned to our advocates to help her secure the hotel refund.

Our executive director, Michelle Couch-Friedman, noted that the Hashimi Hotel’s website advertised “accessible rooms.” Priceline, Agoda and Expedia all indicated that the hotel was “wheelchair friendly.”

This was confusing. Why was the Hashimi Hotel advertising “accessible rooms” that weren’t accessible? And why were travel websites calling the hotel “wheelchair friendly” when it could not accommodate wheelchairs? It did not make sense that a “wheelchair accessible” hotel was not accessible.

Michelle reached out to the Hashimi Hotel. The manager acknowledged that the entire area around the hotel is not “wheelchair friendly.” She also claimed that the Rudyks did not spend the night in the hotel van, and insisted that they could have accessed the hotel via a side door. But she “couldn’t control the description that third-party sites like Agoda and Priceline attribute to her hotel.”

Then Michelle emailed a contact at Priceline. (Booking Holdings Inc. owns both Agoda and Priceline.) She asked him about the discrepancy between the advertising and the reality. The contact noted that “the features we list about any hotel are provided by that hotel.” But he agreed to modify the Priceline listing to remove the “wheelchair friendly” description.

Meanwhile, the Hashimi Hotel manager agreed to issue a full refund to Rudyk. And the refund finally appeared on Rudyk’s American Express statement.

What are hotels legally required to do for guests with disabilities?

Legal protection for hotel guests needing accessible facilities varies throughout the world. The Americans With Disabilities Act of 1991 (ADA) provides legal protection in the U.S. for persons with disabilities. Title III, Section 36.304 of the ADA applies specifically to public accommodations, including hotels. The law requires hotels to “remove architectural barriers” to their use. It lists several steps to remove barriers, such as installing ramps and widening doors. Some member countries of the European Union and Israel have similar laws. It’s best to contact your hotel directly to determine whether the hotel is accessible before booking.

What can you do if your wheelchair accessible hotel isn’t accessible?

As I noted recently in another inaccessible hotel story, the three P’s are a disappointed traveler’s best friend when self-advocating for a refund. If you can’t stay at a hotel, we recommend the following course of action:

And if all else fails, reach out to Elliott Advocacy. We’re always ready to help you!