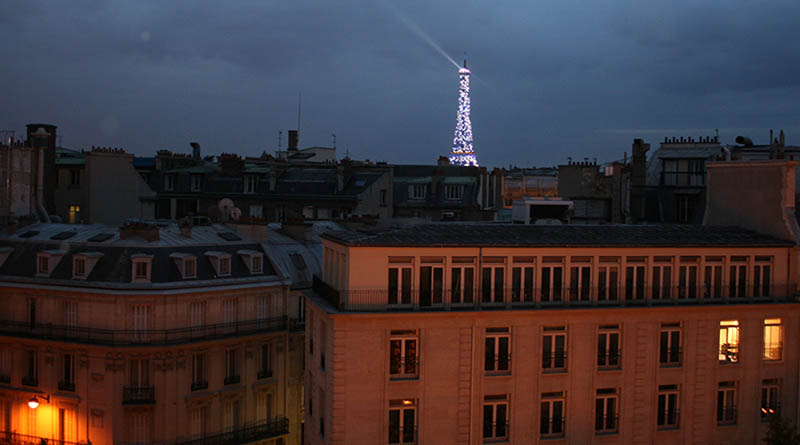 When Jason Burns and his family arrive at their Parisienne houseboat rental, they are shocked to find that it is missing one important element: electricity. Surely this qualifies the clan for a VRBO refund. Or does it?

We recently rented a houseboat in Paris through VRBO. When we arrived, the code for the gate to the dock wasn’t working. We called the owner. He then told us that the electricity was not operational on the boat. He stated that his brother, Pierre, was on the boat attempting to fix the problem.

We boarded the boat and waited while Pierre worked. After a while, it was evident that he would not be able to repair it. The owner said that he knew it was late, and that it would be difficult to find another accommodation at that late hour, so he offered to allow us to stay on the boat that night for free. We did make some calls to see if we could find a hotel, but given our family of five, the price per night exceeded $900.

Left with no alternative, we decided to stay the night on the boat, but we stated that we would try to find alternative accommodations for the next day. Pierre agreed, replying “I have no solution for you.”

I immediately contacted VRBO and advised them of the situation. They offered no solution either — no offer to rebook us at another location, no offer for financial compensation to find another property — and we were advised to work it out with the property owner.

Pierre eventually rigged an extension cord from a neighboring boat to power one duplex outlet, enough to power the electric pump for the toilet, plus one outlet. Nothing beyond that, not the A/C, not the refrigerator and no hot water… but at least the toilet worked.

In the morning, we were in touch with the owner via text. We told him that we were going to search for alternative accommodations, and he said that Pierre was coming to the boat to try to fix the electricity.

Late in the afternoon, after talking with the owner, we found an apartment for the rest of our vacation. In the early evening, the owner told us that he fixed the electricity. But we had already agreed to the new accommodation so we told him we would not be staying.

Oh, the irony of staying in the City of Lights and having no lights to call your own. What a terrible way to begin your vacation.

It is an entirely reasonable expectation to have electricity in your vacation rental — unless of course, that missing utility is mentioned in the listing.

And there are listings (primarily tents and other unique accommodations) on VRBO that do not include electricity — but yours wasn’t one of them.

The City of Lights — without lights

To say the least, the images that came to mind as I was reading your narrative were unpleasant. I pictured your family in a dark, muggy houseboat hoping for morning to come so that you could finally leave.

But I loved your attitude. You were looking on the bright side — at least you had a working toilet.

I guess that’s something.

I thought, given all the circumstances, you had been beyond reasonable with the owner and with VRBO.

Your paper trail showed all the texts between the owner and yourself. And at no time did the owner appear confident that Pierre was going to be successful in his endeavors to restore electricity to the houseboat.

I believe that any sensible person, after that first dark night, would have hit the streets of Paris looking for alternative accommodations. Even the owner, in his texts to you, seemed to encourage this move.

So why was your refund request rejected?

I truly do not know. You followed every step to a refund under VRBO’s Book with Confidence Guarantee.

You had even filed a credit card chargeback.  And it appeared that your credit card company rejected that appeal because it determined that you should be compensated under VRBO’s guarantee.

I contacted the company on your behalf and asked why you hadn’t qualified for a full VRBO refund.

If at first you don’t succeed…

And just so you know, sometimes a consumer advocate gets a rejection, too. I received a confirmation that your request was denied because you hadn’t given the owner enough time to correct the problem.

This didn’t sit right with me. So I asked VRBO to take one more look at the details of your case.

I thought perhaps our executive contact hadn’t read all of the details of your bizarre experience. I pointed out that Pierre had strung electrical cords from one boat to the next just so that you could have a working toilet.

This appeared to do the trick, and the team over at VRBO decided that you were due a full refund. I hope you had a wonderful time in Paris despite your rough arrival.