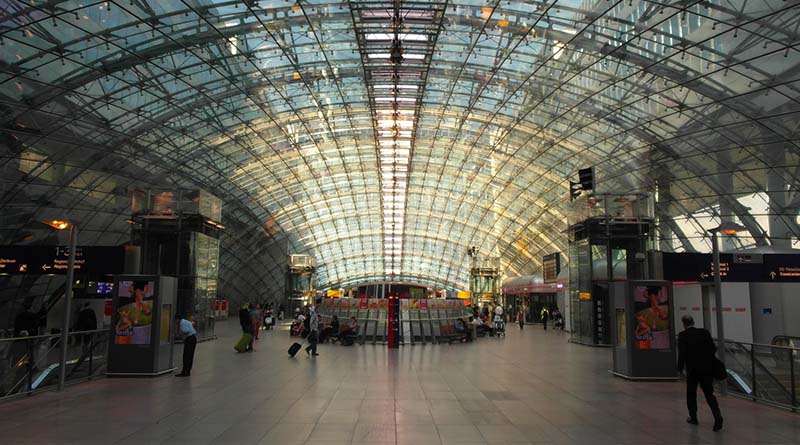 After a 40-hour flight delay from San Francisco, Sandra Gronenberg finds that United Airlines has left her stranded in Frankfurt without a connecting train ticket home as agreed. Now she wants a refund for the new tickets that this oversight forced her to buy.

Can I help untangle this mess?

Our return flight from San Francisco to Germany was a United Airlines flight (a code-share). That flight was canceled and we were rebooked on a flight that got us back to Frankfurt 40 hours later.

A United Airlines representative in San Francisco told us that she had reserved three seats on the train for the next day. However, there were no reservations and the booking number given to us at the counter in San Francisco was unknown at Frankfurt Airport.

No, United Airlines should not leave you stranded far from your intended destination.

After a 40-hour delay, and assurances by United Airlines that you had a valid ticket from Frankfurt to Düsseldorf, the least your airline could have done was keep its promise to you. Instead, a United Airlines representative gave you a non-working confirmation number.

But let’s back this up a little bit. How did United Airlines get on the hook for train tickets on the German railway? Through the miracle of code-sharing, that’s how! Your travel agent can book a trip from San Francisco through to Düsseldorf via Lufthansa with a connection in Frankfurt on Deutsche Bahn.

Did United Airlines strand you or was it Lufthansa?

My research team has compiled the names, numbers and email addresses of the United Airlines customer service managers. You can find those and the Lufthansa executive contacts in the Elliott Advocacy company contacts database.

A brief, polite email to one of the company executives might have fixed this for you. But based on a review of your paper trail, it looks like you tried to contact a lot of people at United Airlines and Lufthansa, to no avail.

Forgive me for going off on a tangent, but this is not what regulators had in mind when they approved code-sharing arrangements for airlines such as Lufthansa and United. They meant that Lufthansa should take full responsibility for your trip from San Francisco to Düsseldorf. And they definitely didn’t mean for you to end up stranded and then ignored when you tried to persuade the airlines to fulfill their obligation to you.

I think you might have underscored your complaint by copying the U.S. Department of Transportation or the German Luftfahrt-Bundesamt, which regulates airlines domestically. A brief, polite grievance by email to the airline authorities might have sent a clear message: If you sell a ticket on the train as a flight, then the airlines should ensure their code-share partners can accommodate passengers in cases of flight delays or cancellations.

You contacted Lufthansa and it agreed to reimburse you for the tickets and pay you additional compensation of 140 euros.