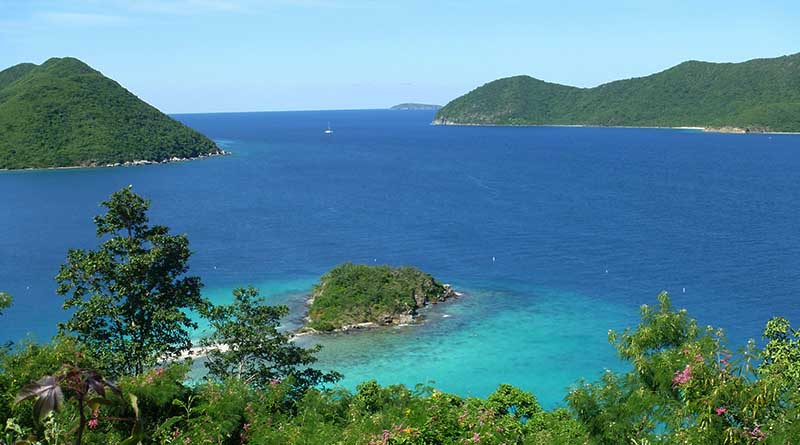 Adelaide Northrop’s preferred accommodation in St John, U.S. Virgin Islands, is unavailable, so she books an alternative hotel through TripAdvisor advertised as having no cancellation fee. When her first choice suddenly offers her a reservation, she happily confirms. So why does TripAdvisor charge her $911?

Last October, I reserved a 10-day stay for five people at Concordia Eco-resort on St. John, U.S. Virgin Islands, through TripAdvisor’s website. A special promotional offer stated that the booking would incur no charge if canceled by a specific date. TripAdvisor immediately charged my credit card $2,278 (which was half of the total).

Three weeks later, I was able to obtain tents at Cinnamon Bay, which had not been accepting reservations because of renovations. I had always wanted to stay there. My credit card bill, which I received after Christmas, showed a refund of only $1,366. So the resort had withheld $911, ignoring the fact that TripAdvisor advertised a free cancellation policy. Fortunately, I took a screenshot of the offer.

I opened a complaint with TripAdvisor. But because I did not know how to take photos of the documents and forward them to my computer, this took time. As a result, TripAdvisor closed my case. The upshot was that soon I received an email saying that the cancellation policy of the resort allowed for the charge and that TripAdvisor considered the matter “resolved.” This “resolution” altogether ignored the promise of free cancellation from the website. Can you help me? — Adelaide Northrop, Chaplin, Conn.

If TripAdvisor advertised a penalty-free cancellation policy, then it should honor that policy — even if the hotel won’t. After all, it was TripAdvisor’s website that advertised the promotion.

When I reviewed your case, two things jumped out at me as to why you were having so much difficulty in receiving your promised free cancellation.

First, as you pointed out to me in your initial email, you aren’t “tech-savvy.” As a result, you were not able to gather your evidence and forward it to TripAdvisor to corroborate your complaint.

Your preferred method of communication is the United States Postal Service. You were disappointed to discover that neither TripAdvisor nor our site utilizes this form of correspondence. The postal service returned your letters to TripAdvisor as “undeliverable.”

For future reference, we list TripAdvisor’s contacts (electronic and postal) on our site.

The second problem with your campaign to receive a refund is that, in your efforts to be clear and detailed, you wrote too much information in your complaint. Letters that are exceedingly lengthy and filled with extraneous details are often “misplaced” or shuffled to the bottom of the complaint pile of the executive you are trying to reach.

In his article on the topic of how to fix your own consumer problem, our publisher Christopher Elliott has detailed the importance of keeping a letter of complaint short:

For some reason, lots of aggrieved customers want to compose the great American novel when they complain. Who knows why? The essentials of a long – and likely to be ignored – letter include the following: first, it must be incomprehensibly verbose. I’ve read letters that run more than eight pages, single-spaced. Instead of clear, simple language they use big, empty words. Another telltale sign of a long and ineffective letter is a timeline. “Saturday morning, 9 a.m., tried to board flight; Saturday late morning, 11:45 a.m., flight delayed; then Saturday afternoon, 2 p.m., flight FINALLY boarded.” No one needs this information. In fact, these specifics probably are standing between you and the compensation you deserve. Why? Because customer service agents will take a quick look at it, and then send — you guessed it — a form response.

Your letters were several pages long and included information that did not help your case in one way or the other. We always recommend including only the relevant facts when writing a letter of complaint. Keep in mind that whoever is receiving your complaint receives many such letters every day. Make yours stand out positively by keeping it short, polite and get right to the point.

When I had a moment to go over all of your documents, I was surprised to discover that your case was actually very simple. And I felt confident that it could be resolved as soon as the right people at TripAdvisor read about your plight.

You were smart to take that screenshot of the advertised TripAdvisor cancellation policy. You used TripAdvisor to book that location because of that policy. Knowing that you hoped for your preferred resort to later become available, you would have never booked a hotel with any cancellation fee.

Your daughter assisted you in forwarding the screenshot to me. This evidence clearly showed the zero-penalty cancellation policy just as you had described it.

I contacted TripAdvisor on your behalf. My letter was just four sentences long, and I included a copy of your screenshot. Shortly after that, our executive contact at TripAdvisor informed me that you would receive the $911 refund.

This executive explained that the problem came about because the hotel had provided incorrect cancellation terms to TripAdvisor. The good news, though, is that TripAdvisor would stand behind the cancellation policy as advertised on its site.

When I contacted you with the good news, you were pleased but told me that you had just received another email from TripAdvisor reminding you that your case was closed and that you had misunderstood the cancellation policy.

I am not sure where the wires got crossed, but you will be receiving a $911 refund from TripAdvisor.

For your part, you would like to suggest that agencies that market to “the older generation” should be aware of the fact that not everyone has a smartphone and not everyone knows how to communicate easily via the internet.

You are disappointed that TripAdvisor closed your case twice because you were unable to utilize the system it has in place to make your complaint.

But you are satisfied with the help you received here, and you ended your correspondence with me by saying, “I never felt neglected even for a minute once I started talking to you. I want you to know that my confidence has been considerably restored. Thank you.”

And we are happy to hear that because that’s certainly why we are here.